A Pocket Guide to the Moon :-)

""The 20th century is littered with epoch-making events. Many, including two catastrophic world wars and the Russian Revolution, are synonymous with violence and bloodshed.

But this was also a century of unprecedented scientific and technological progress, the crowning achievement of which came in 1969, at the end of that tumultuous decade, when Neil Armstrong took a small step for us all and in doing so left an indelible mark on human history..."

"Apollo 11 launched from Cape Kennedy on July 16, 1969, carrying Commander Neil Armstrong, Command Module Pilot Michael Collins and Lunar Module Pilot Edwin "Buzz" Aldrin into an initial Earth-orbit of 114 by 116 miles. An estimated 650 million people watched Armstrong's televised image and heard his voice describe the event as he took "...one small step for a man, one giant leap for mankind" on July 20, 1969. 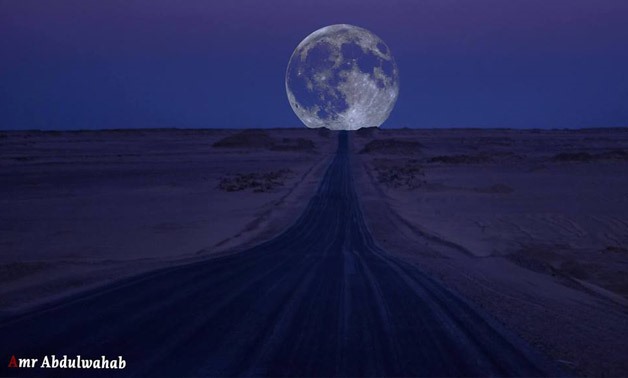 Two hours, 44 minutes and one-and-a-half revolutions after launch, the S-IVB stage reignited for a second burn of five minutes, 48 seconds, placing Apollo 11 into a translunar orbit. The command and service module, or CSM, Columbia separated from the stage, which included the spacecraft-lunar module adapter, or SLA, containing the lunar module, or LM, Eagle. After transposition and jettisoning of the SLA panels on the S-IVB stage, the CSM docked with the LM. The S-IVB stage separated and injected into heliocentric orbit four hours, 40 minutes into the flight.

The first color TV transmission to Earth from Apollo 11 occurred during the translunar coast of the CSM/LM. Later, on July 17, a three-second burn of the SPS was made to perform the second of four scheduled midcourse corrections programmed for the flight. The launch had been so successful that the other three were not needed.

On July 18, Armstrong and Aldrin put on their spacesuits and climbed through the docking tunnel from Columbia to Eagle to check out the LM, and to make the second TV transmission.

On July 19, after Apollo 11 had flown behind the moon out of contact with Earth, came the first lunar orbit insertion maneuver. At about 75 hours, 50 minutes into the flight, a retrograde firing of the SPS for 357.5 seconds placed the spacecraft into an initial, elliptical-lunar orbit of 69 by 190 miles. Later, a second burn of the SPS for 17 seconds placed the docked vehicles into a lunar orbit of 62 by 70.5 miles, which was calculated to change the orbit of the CSM piloted by Collins. The change happened because of lunar-gravity perturbations to the nominal 69 miles required for subsequent LM rendezvous and docking after completion of the lunar landing. Before this second SPS firing, another TV transmission was made, this time from the surface of the moon.

On July 20, Armstrong and Aldrin entered the LM again, made a final check, and at 100 hours, 12 minutes into the flight, the Eagle undocked and separated from Columbia for visual inspection. At 101 hours, 36 minutes, when the LM was behind the moon on its 13th orbit, the LM descent engine fired for 30 seconds to provide retrograde thrust and commence descent orbit insertion, changing to an orbit of 9 by 67 miles, on a trajectory that was virtually identical to that flown by Apollo 10. At 102 hours, 33 minutes, after Columbia and Eagle had reappeared from behind the moon and when the LM was about 300 miles uprange, powered descent initiation was performed with the descent engine firing for 756.3 seconds. After eight minutes, the LM was at "high gate" about 26,000 feet above the surface and about five miles from the landing site.

The descent engine continued to provide braking thrust until about 102 hours, 45 minutes into the mission. Partially piloted manually by Armstrong, the Eagle landed in the Sea of Tranquility in Site 2 at 0 degrees, 41 minutes, 15 seconds north latitude and 23 degrees, 26 minutes east longitude. This was about four miles downrange from the predicted touchdown point and occurred almost one-and-a-half minutes earlier than scheduled. It included a powered descent that ran a mere nominal 40 seconds longer than preflight planning due to translation maneuvers to avoid a crater during the final phase of landing. Attached to the descent stage was a commemorative plaque signed by President Richard M. Nixon and the three astronauts. 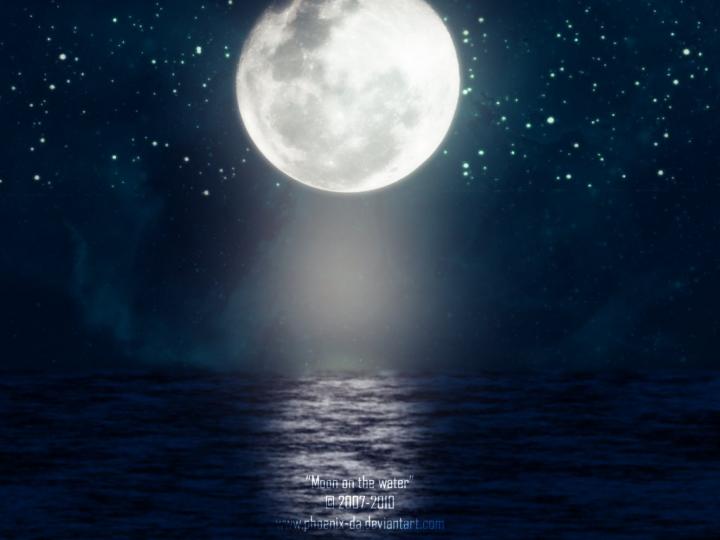 The flight plan called for the first EVA to begin after a four-hour rest period, but it was advanced to begin as soon as possible. Nonetheless, it was almost four hours later that Armstrong emerged from the Eagle and deployed the TV camera for the transmission of the event to Earth. At about 109 hours, 42 minutes after launch, Armstrong stepped onto the moon. About 20 minutes later, Aldrin followed him. The camera was then positioned on a tripod about 30 feet from the LM. Half an hour later, President Nixon spoke by telephone link with the astronauts.

Commemorative medallions bearing the names of the three Apollo 1 astronauts who lost their lives in a launch pad fire, and two cosmonauts who also died in accidents, were left on the moon's surface. A one-and-a-half inch silicon disk, containing micro miniaturized goodwill messages from 73 countries, and the names of congressional and NASA leaders, also stayed behind.

During the EVA, in which they both ranged up to 300 feet from the Eagle, Aldrin deployed the Early Apollo Scientific Experiments Package, or EASEP, experiments, and Armstrong and Aldrin gathered and verbally reported on the lunar surface samples. After Aldrin had spent one hour, 33 minutes on the surface, he re-entered the LM, followed 41 minutes later by Armstrong. The entire EVA phase lasted more than two-and-a-half hours, ending at 111 hours, 39 minutes into the mission.

Armstrong and Aldrin spent 21 hours, 36 minutes on the moon's surface. After a rest period that included seven hours of sleep, the ascent stage engine fired at 124 hours, 22 minutes. It was shut down 435 seconds later when the Eagle reached an initial orbit of 11 by 55 miles above the moon, and when Columbia was on its 25th revolution. As the ascent stage reached apolune at 125 hours, 19 minutes, the reaction control system, or RCS, fired so as to nearly circularize the Eagle orbit at about 56 miles, some 13 miles below and slightly behind Columbia. Subsequent firings of the LM RCS changed the orbit to 57 by 72 miles. Docking with Columbia occurred on the CSM's 27th revolution at 128 hours, three minutes into the mission. Armstrong and Aldrin returned to the CSM with Collins. Four hours later, the LM jettisoned and remained in lunar orbit.

Trans-Earth injection of the CSM began July 21 as the SPS fired for two-and-a-half minutes when Columbia was behind the moon in its 59th hour of lunar orbit. Following this, the astronauts slept for about 10 hours. An 11.2 second firing of the SPS accomplished the only midcourse correction required on the return flight. The correction was made July 22 at about 150 hours, 30 minutes into the mission. Two more television transmissions were made during the trans-Earth coast.

Re-entry procedures were initiated July 24, 44 hours after leaving lunar orbit. The SM separated from the CM, which was re-oriented to a heat-shield-forward position. Parachute deployment occurred at 195 hours, 13 minutes. After a flight of 195 hours, 18 minutes, 35 seconds - about 36 minutes longer than planned - Apollo 11 splashed down in the Pacific Ocean, 13 miles from the recovery ship USS Hornet. Because of bad weather in the target area, the landing point was changed by about 250 miles. Apollo 11 landed 13 degrees, 19 minutes north latitude and 169 degrees, nine minutes west longitude July 24, 1969."

"I choose to talk about this now in a world that stares inwards, full of smaller leaders with smaller ideas who think only of walls and fences and barriers, who police the parameters of our imagination and abilities. I say look up at the night sky, just as I did as a little girl. At that same moon. And wonder."

"Not all of the equipment carried into space was cutting edge and expensive. Some of the more humble odds and ends even prevented disaster..."

"Length of duct tape rolls carried to the Moon, in feet"

"The Moon is part of a bigger ambition to explore deep space, including Mars, so part of the plan is to establish a lunar outpost.

“We're not going back to the Moon to leave flags and footprints and then not go back for another 50 years,” Nasa’s administrator Jim Bridenstine said earlier this year. “We're going to go sustainably - to stay - with landers and robots and rovers and humans."

“It’s like entering the Sistine Chapel and seeing the ceiling. You want to just sit there and take it in,” said Warden, 63, a psychiatric nurse from Tacoma."

".. the upper layers of lunar regolith are exposed to micrometeorites and solar wind irradiation. The constant hail of micrometeorites breaks up the rocks and melts patches of regolith, creating small glass fragments.

Lunar dust was incredibly aggressive, invading the nooks and crannies of the lunar module, the spacesuits of the astronauts, and even the seals of the sample collection boxes. The explorers easily kicked up the fine-grained material, which tended to adhere to anything it touched because the regolith's electric charge caused a sort of "static cling" that made it even harder to remove..."