The follow up meeting with the Scarborough Harbour task group was held at the  RNLI conference room 09/02/17 to listen to the locals, roughly twenty  fisherman, a landings operator & processor together with a 'flight attendant'.

On this Agenda:  The Current Provision?

General Feedback :  In a poor state.  The worst facilities as per the existing on the East Coast eg fork lifts, showers & utilities for visiting crafts.  Boats can't get lifted for repairs. The nearest is Bridlington. The cranes - there are not enough.  Poorly designed. The wait to get in the harbour and get landed is too long. Things have deteriorated. Electric power say to use a winch.  Winches - there used to be several now only two, not always are both working. Need a new crane on the end of the pier.

Q: How often do you need to get the boats out of the water?

A: Once or twice a year each year.  There is no flat dry area to work on the boat. It costs about £1k to hire a crane & cradle.  There's now't but cars parked.  They used to do it. Now there is no designated area ie The Lancaster Flat now marked as retail.

Q : How to keep the money in the Harbour?

A:  We were told before that it would be ring fenced.   The last report in 2008.  How much money is in the Harbour Reserves?  The harbour income should be ringfenced for the harbour.

JJ:  The Harbour Reserves are paying for Vincents Peir.   This has been going on for over 20 years. Harbour Committee money was going to be ringfenced for Harbour in 2010 under John Riby.  44 parking places £88k pa was going to be ringfenced.    No reference to JJ found on Scarborough Harbour Board or Committees only  records of Whitby Harbour Board that would lead Scarborough Harbour. Page 10 of the Draft Plan lists income/expenditure over the last five years to 2015/16.

How to increase productivity?

A's : 500 pots per boat is out of date.  It does not take into account storage & equipment.  Varying catch sizes require scoping hatches.  Escape caps fitted to pots can't catch blue/velvet crabs.  More lobsters.  Long term provisions needed at quayside.   Little fish landed.  Not catching fish, more lobsters.  An auction facility for other fish landings.   Processors ... there are more shell fish on the pier than there has ever been.  There is to be no monopoly on processing. Four processing plants ... there used to be one.  Should the Council advertise for more processors?  There is a difference between processing & merchants.  Scallops need sea water to keep fresh.  Access & eggress is required say a turning point crcle.

We are very suspect of what the Council is proposing to put on the West Pier. eg Seafest. What has most of that got to do with the Sea?

JJ:  When we started about 20 years ago we were asked not to clash with other local industries...

DC: The authority can apply for processing grants but not for retail.  Each vessel is an individual business.

Very suspicious of what the Council have planned for development of West Pier.  Who is going to take control of West Pier?

FA:  Traders do not want over-development of West Pier. 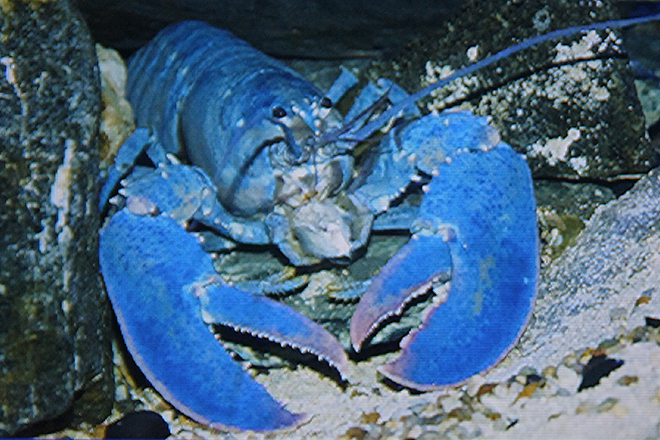 Q:  How important is parking on West Pier?

A's: If the parking fees for West Peir were ringfenced we could put more light infrastructure eg fuel housers & facilities for visiting vessels &  for the articulated lorries.

Fishermens parking permits costs £200pa whilst the Yacht Club cost £40pa.  Plus all the penalty tickets.   We just want a level playing field.

Moving to off-site facilities?  Where do the pots/nets/gear go.  Storage means logisitcs and more damage to the environment.  The produce is fresh. Is there going to be any enforcement of storage & moving gear? The processing should stay quayside.  Processing  =  landing boats - need sea water to transport.

FA:  The fishing industry/pots etc  are central to tourism.

Q:   Is there potential to attract more boats to land here?

A's:  Structurally the peirs are at capacity.  How to make more money out of the harbour?   Better management eg a business manager.  eg a better 'scallop fiddler'.  More scrutiny of landings & declarations to Defra.

DJ:  Is there other things going on the vessels?  Scallops are landed via agents not based in the harbour.  How do you measure that without local landing agents.  There is also a difference in the levy of 4% discounted to 2"% because there is no access to jetty due to weight restrictions.  Again we want a level playing field.

Encouraging more boats to come here?   Landing dues - there is no added value for more scallop processors.  There could be a conflict of capacity for other harbour users.  Three scalloping permits is equal to three larger visiting boats. The port has limitations and needs quotas.  An ice house & pot limitation.

A need for next generation for small fishermen.  The industry is being monopolised by a few massive companies to them our port is a money making machine.

PC:  If it is sustainable we want to keep traditional fishing here.

Scarborough is the 2nd biggest Lobster landing port in the UK next to Bridlington.  This is a strength we need to build on.

Q:   Do we see a future for various species?

A's: There is no auction house.  Not allowed to land Sea Bass.  We want a vibrant economy.  Our market is Southern Europe, Japan & China.  We get the worst price for landings.  Peterhead £4/5 per kilo, it is £1.50 per kilo here.

The Consultation results can be found here: https://democracy.scarborough.gov.uk/documents/g9178/Public%20reports%20...

Appendix A - A Vision for the Future: