Pens, profiles & places, shy explorer tools of the Bronze Age, where once upon a time fantastic realities his stories and futures were made...

The Bronte sisters too are acclaimed for capturing the spirit of an age, pens 'n' swords ...  "In a time when women were considered little more than social adornments and bearers of offspring  ... The options for the proper yet impoverished woman during the time were limited a governess or teacher, roles Charlotte Brontë considered forms of bondage..."

Oh, those Victorians, Dickens, puritans etc etc tho Victoria only became umamused following the death of Albert afters spitting out 9 children, the Royal Family today is related to many European monarchies because of the marriages of Queen Victoria's children. Eight of Victoria's children sat on the thrones of Europe, those of Great Britain, Prussia, Greece, Romania, Russia, Norway, Sweden and Spain... t'was a bold and brave new age of medicines, print and prim and proper.

Up North, the economic growth & technologies of that era gave the working class, erm ... work, Brass Bands, and the simplyphonic construction of band stands.  Not for the proper. Priviliged. The soft. Spoon fed.   Preachers: https://www.youtube.com/watch?v=shr4mGdTQno

Yet, "It was a dreary existence on the Yorkshire moors for the Brontë children ... "   Contrarily, "Charlotte Brontë withdrew into the world she created. It was through her writing that she was allowed to breathe life into her suppressed self and dreams."

Amusingly, "It was the archetypical male hero who interested the girls, not weak or impressionable females. Even female historical figures who appeared strong, such as Cleopatra, did not interested Charlotte, for Cleopatra used her sexuality to attain greatness, instead of achieving it on her own. Charlotte rejected the use of sexuality to attract men in any form, and criticized women who resorted to this female characteristic as lacking self-respect, a fate she deemed worse than death."

Aye lass, where there is muck there's brass.... 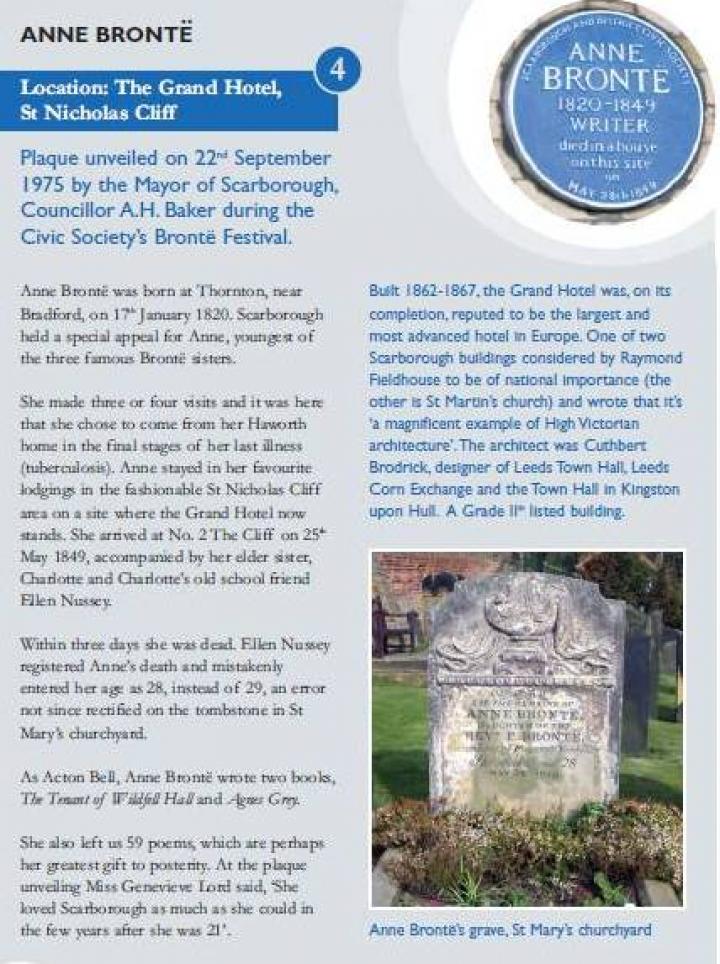 Cathartically, the sense of the Brontes inspiring 'feminist' icons such as Greer and Dench  leaves me cold.

Each to our own, with the Gothic Weekend descending upon the shores of Whitby, in that parallel universe of Howarth, the bicentary of the Brontes beckons.

Bicentary of wot exactly ... tis all a bit vague.

"Miguel de Cervantes and William Shakespeare died one day apart, 400 years ago, each of them a giant in his own language and literary tradition. But a difference in the scale of quatercentenary celebrations in their respective countries and around the world is leading some fans of the author of Don Quixote to cry foul... "

"On 21 April the Queen celebrates her 90th birthday and to mark the event we present an image from the archives of the Press Association from every year of her life..."