SBC have a closet decision on Tuesday to adopt the Yorkshire Coastal Growth Plan:

In short, Scarborough Borough, York, East Riding  & Ryedale will form a devolution area that will together with the North Bank Partnership (Hull) take a begging bowl to Govt. for economic support under the UK's  'Devolution' scheme.

Also on the Agenda is that any business associated with the above don't pay NDR for 5 years:

Which is interesting because local Authority funding is now reliant on local NDR' receipts.   No doubt the S105 Officer has it all under control...

Should any of these 'projects' fail the  boom could be busted.... but lets not go there...

Meanwhile, the NYCC elections are to be held in 2017 and NYCC along with NYMNPA are not included...

More icing on the cake.

The Local Plan 2030  is open to Inspection on Tuesday 16th August and is open to the public: 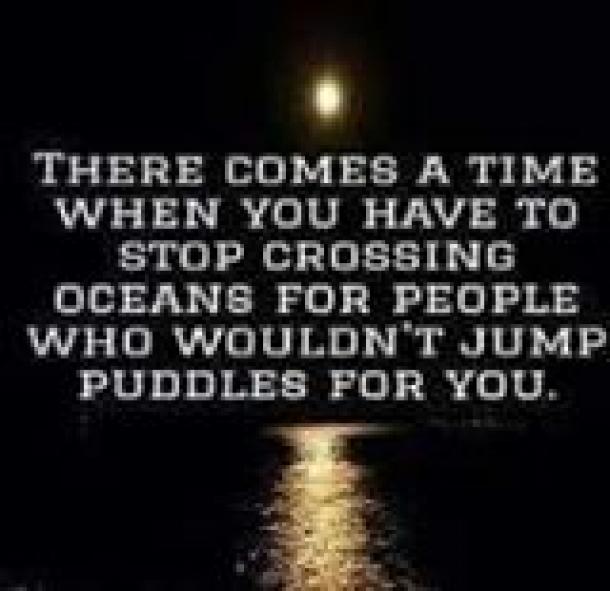 Is that a euphanism for 'fingers in pies'?

Even closer economic ties between the UK and US are in the "overwhelming interest of both countries", he has written in the Wall Street Journal.

Although the UK is leaving the EU, "we are not quitting the world", he said.

He is due to travel to New York, Singapore and China for talks with major investors in the coming weeks.

Mr Osborne said: "While Britain's decision to leave the EU clearly presents economic challenges, we now have to do everything we can to make the UK the most attractive place in the world to do business.

"Britain and the US have been at the forefront of open trade in the last 200 years and pursuing a stronger relationship with our biggest trading partners is now a top priority.

"That's why I am travelling to the US, China and Singapore in the coming weeks and why my message to the world is that Britain may be leaving the EU, but we are not quitting the world."

The chancellor said the UK would continue to be "a beacon for free trade, democracy and security, more open to that world than ever...

"Mr Osborne will be meeting finance leaders in New York on Monday, and has spoken to Paul Ryan, speaker of the US House of Representatives, twice in recent weeks.

He will also meet US Treasury Secretary Jack Lew in London this week.

And in the Wall Street Journal he said the question now "is not what Britain is leaving; it is what Britain will become".

"One lesson of the referendum is that too many of our citizens feel economic progress is no longer benefiting them.

"Ever-higher welfare to make good lost incomes is not the answer; attracting private investment and good jobs beyond our major cities is.

"By managing day-to-day spending, we should commit to major investments in national infrastructure, including new roads, high-speed railways and digital networks."

Work to improve water quality in Whitby gets underway this week.

Yorkshire Water's contractors - Morrison Utility Services - will start replacing old water pipes to improve water quality. 13km of water mains in over 40 different streets will be improved, and the team will be working in Whitby until the end of March 2017, with a break over the Christmas period.

In order to reduce disruption, the work is taking place out of the summer season and no work will be undertaken over Goth Weekend (4-6 November) or within the town centre from 5 December until early January.

In order to protect the safety of the on-site team and road-users, various forms of traffic management will be used throughout the work including road closures, traffic lights and priority boards. Where road closures are used, fully signed diversion routes will be in place.

“We hope the local community can bear with us whilst we carry out these improvements and we’ll do our best to minimise any disruption. We have written to local residents already and will continue to keep the local community informed of our progress.”

Neither Yorkshire Water nor Morrison Utility Services should need access to residents' properties and residents are being asked to be on their guard against bogus callers while crews are working in the area.

Employees of both companies carry identity cards which can be checked by telephoning 0800 1 38 78 78 the companies say their staff won't mind waiting while their details are verified."

Getting stuck into ... a schedule.

Baldrick, I have a cunning plan :-)

"The North of England must start to behave more like a Chinese mega-city and less like a bunch of warring tribes, according to the newly appointed permanent director of the Northern Powerhouse Partnership.

Henri Murison made an impassioned plea for greater collaboration and improved transport connectivity across the Northern cities at a major business event hosted by The Yorkshire Post and Leeds Beckett University."

Alternatively, mebbe we got the devolution thing the the wrong way around?

"Separatist parties who control the Catalan parliament pushed through the referendum law earlier this month after unsuccessfully demanding for years the right to hold a free vote on self-determination...

"Speaking from his official residence, the Moncloa Palace, Mr Rajoy said there was "still time to avoid greater evils" and he urged Catalan leaders to observe the law.

The referendum, he said, was a "chimera".

Earlier on Wednesday, Catalan President Carles Puigdemont accused the central government of effectively suspending devolution after it moved to seize control of regional finances to stop them being used to fund the referendum.

"Spain has de facto suspended the self-government of Catalonia and has applied a de facto state of emergency," he said.

"We believe that the Spanish government has crossed the red line that separated it from repressive authoritarian regimes and has become a democratic shame."

Protests in Barcelona and other Catalan towns, such as Tarragona and Berga, continued into the night..."

Exactly, erm .. stand back let the rest of the UK become devoluted and let Yorkshire become a Chimera . ...  a wild & wonderful place... not unlike a mini EU btw... to remain if only in spirit .. blame that Roland Rat Road Map  and HS2.

"Referendum supporters have continued to plaster walls and pillars with home-printed posters that read "We vote to be free" and referendum stickers with the single word Si ("Yes")...

"Catalonia, a wealthy region of 7.5 million people in north-eastern Spain, has its own language and culture but is not recognised as a separate nation by the Spanish state."

Oh just a minute Yorkshire Water ... what a fine mess.

How Now, about those Barbie moments ..

Erm,  just need a slogan 'WhY aRe You Here?'

Well its not a media campaign for Greggs is it?

"MPs from both the main UK parties have denounced a banner that appeared on a footbridge in Salford prior to the Conservative party conference in Manchester. Tne Conservative MP said the party’s conference was being targeted by “fascists” after pictures circulated on social media of a 10-metre wide banner reading: “Hang the Tories.”

Greater Manchester’s mayor, Andy Burnham, and local Labour MPs aso criticised the banner, which was strung across a footbridge along with two human effigies dangling by their necks below...

Burnham said of the banner: “This is just wrong. We will always protect the right to protest but never to threaten, abuse or incite violence. It should come down...

Speaking before Sunday’s pro-European rally, Cable said: “It is vital that we keep up the pressure on the government. The Conservatives are driving Britain over a cliff edge towards a reckless, extreme Brexit.”

Dorrell, a former health secretary and chair of the European Movement UK, said: “Democracy is a process, not an event. A healthy democracy is a dialogue in which all voices should be heard. And it must allow the voters to change their mind.”

The Spanish government had pledged to stop a poll that was declared illegal by the country's constitutional court.

Police officers prevented some people from voting, and seized ballot papers and boxes at polling stations.

The deadline for voting was 20:00 local time (18:00 GMT), but a Catalan government spokesman said that anyone in the queue at that time would be allowed to vote.

Speaking soon after the deadline, Spanish Prime Minister Mariano Rajoy said he did not acknowledge the vote, adding that Catalans had been fooled into taking part in an illegal vote."

Boris' next assignment ... who knows, Boris might even make Mariano look intelligent.

When they built the station at Canfranc, it was on a grand scale and with no expense spared. It had to be bold and modern - an architect's dream come true, built in iron and glass, complete with a hospital, restaurant and living quarters for customs officers from both France and Spain.

At the time it was nicknamed the "Titanic of the Mountains".

To give you an idea of its size - there are 365 windows, one for each day of the year; hundreds of doors; and the platforms are more than 200m long. The question is, how did such a extravagant station, high up on a mountainside in a village with a population of just 500 people, ever see the light of day?"

No relation to the  Grand Hotel then ...

Hey, moi cynical .. I been ayeing this up for some time 'pushing up daisies'.

Darn it ..   these places are all over Europe

Anyone for Pop Up housing??

"The Americans call it “extra-dependence”. Their psychologists and academics are busily engaged in writing clever papers exploring the potential implications of this major sociological change. The fear is that generations of young people will suffer from arrested development and find themselves unable to function in the adult world."

""Indeed, based on our findings, human activity seems poised to chop off both the head and tail of the size distribution of life."

Extinction can be a natural process, affecting a handful of species each year."