... Scarborough's Old Town has come under recent intense scrutiny and TWO, public consultations are under way.

"A group of eight urbanists and architects from all over the UK is coming to Scarborough this weekend to help investigate ways to improve and ultimately regenerate the area around Eastborough, in Scarborough.

On Friday 15th and Saturday 16th January, the Academy of Urbanism group will work with local residents and businesses to develop a plan for the future regeneration of the area at two workshop style sessions. Starting at 2.30pm on Friday and 10.30am on Saturday, both sessions will take place in the town’s Market Hall in St Helen’s Square and will last approximately two hours.

Scarborough Borough Council is encouraging people who live, work or have businesses in the area to attend one of the sessions and help shape how the area will look and feel in the future.

Situated in the lower part of the town, Eastborough is the key link between the main shopping precinct and the seafront. The challenge to the Academy of Urbanism was made by the council’s Economic Development department, which is currently leading on the refurbishment of the Market Hall.

“One of our team is a member of the Academy of Urbanism and he challenged them to come and give us their time and work with local people to deliver proposals that could be used in the future to improve the appearance and quality of the environment around this great part of our town.

“I’m delighted to say that the community has already started to get behind the project even before it has started and this is best demonstrated by Scarborough Hospitality Association, which is kindly accommodating the academy’s team in several local hotels at no cost.”

The sessions are similar to an exercise carried out in 2002 when over 1,000 people attended an event at Scarborough Spa to give their thoughts and aspirations for the whole of the town.  The exercise ultimately led to the redevelopment of the harbour and seafront area on Sandside, the refurbishment of Scarborough Spa and Rotunda Museum and the redevelopment of the old Woodend museum into a vibrant centre for the creative sector, which has delivered more than 120 new jobs.

“This method of getting the community to help shape their part of town is a tried and tested process and makes a difference on many levels, ranging from civic pride to new investment.
“We encourage as many people as possible to come along to one of the sessions this week and help shape Eastborough’s future, which has long been an aspiration for the council and the local community.” 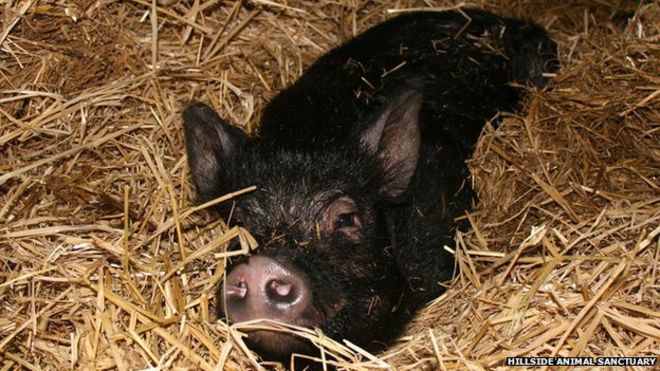 The second consultation is about Scarborough's Indoor Market, who have been awarded £2.7mil from the Coast & Communities Fund ... hey ho hurrah they have their own webpage - read all about it:

Mr Taylor said: “It is all about encouraging local enterprise. The Market Hall is just as important as the business park as it is all about promoting local businesses. “We are not just trying to get customers down to the Market we want to get new businesses down there too and make it a thriving hub of trade.  “We need to be encouraging shoppers to visit that part of town more. “One idea we have had it to hold a regular outdoor farmers market in the area, possibly St Helen’s Square, which will help attract people to the area. “Another idea is to move the Shrove Tuesday celebrations down to the market too. “We are investigating a lot of possibilities, but one thing is for certain the Market Hall is a key place for us in terms of driving investment. “What has happened is no one has really said anything about the market for a while and it has almost become forgotten. We need to speak up for it, let people know what it offers and what a great asset it is to local people.”

Yep, so we can identify that Mr Taylor has some longevity and recognises the Market as one of Scarborough's greatest Assets. And indeed brought the necessary funding for future development:

Jan 2015 BBC : "Scarborough's Market Hall is to get a £2.7m revamp in an attempt to boost employment.  Money is coming from the government's Coastal Communities Fund which allocates revenue from marine activity.

The project is expected to create space for 30 new businesses, as well as upgrading existing stalls. Part of the money will also be used by the University of Hull's Scarborough campus to develop a centralised online shopping site for the market traders.  One of the aims of the project is to keep traditional market skills alive by offering apprenticeships for butchers and bakers, said Conservative councillor Derek Bastiman, who is the cabinet member for regeneration and planning at Scarborough Borough Council.  He said: "This is the beginning of a new era for the market hall and will inject some confidence, not only into the lovely old building, but the excellent businesses we have trading in there.

"We will be in a position to attract more traders into the area creating more jobs and better opportunities." Work is scheduled to start in the summer and a new mezzanine floor will be added on three sides of the hall, with the work expected to be finished by summer 2016.  The government also announced that the North York Moors National Park Authority would receive £445,000 from the fund to help boost tourism along its coastline."

OK: So what connects the two consultations?    The Coastal Communities Fund is money donated or 'charged'  from North Sea erm 'enterprises' ya know those oil & gas companies,  and is 'managed' through the Lottery Fund, (hidden tax on the poor) and was put into Govt Policy by erm,  Gordon Brown, hey ho ... see here: https://www.gov.uk/government/publications/2010-to-2015-government-polic...

Further Eastborough, should have been called Hope Street, is the main linkage from the South Bay Seafront to the Town Centre.  Google it.

Anyhow, there are enough of the Borough's Great n Good that have abided or abodes within the Old Town,  Tom Fox, Janet Jefferson, good ole Colin Challen to name but a few ... in fact about half the Council and  erm 'prominent' have interests within the area. So?    Well, Scarborough's 'alternative 'Town Hall'  also known as The Leeds Arms, where all the important decisions are effectively made and 'measured' must be erm, up in arms. Mind,  the Merchant is now  the leading bar. I digress.

It is the Old Town,  Scarborough's foundations and these 'consultations' are very significant.  Will the residents, of the Old Town get 'stuck in'?  Many reasons why they should, but here's another...

Partnerships ...  ships that should never sail.  IMHO,  OK, Two, actually:  Firstly the 'Academy of Urbanism' - wtf? I nearly choked on that one .... from out of Town. Who are these people?

Secondly, "The Council and the University of Hull are Partners in the project..."

Oh, that should go down well: -/ http://www.yorkshirecoastradio.com/news/local-news/1850302/university-of...

"The future of University Campus Scarborough might not be clear for some time yet.

We told you yesterday how Hull College Group, who were going to take over the running of the site on Filey Road have now pulled out.

The University of Hull says it will review its options on what to do - although it's too early to say what they might be.

"I think what's important is to get this right rather than to get it quick. Now, it's really obvious and we're conscious of the fact that we need to make this decision within a reasonable timescale but I think it would be inappropriate to start imposing artificial deadlines on that.

"This news has only broken yesterday, and the university will give proper and serious consideration to the options for the campus. Obviously until 2017 we are fully committed to ensuring that the current students have the best possible experience on campus that they can have.

"It's come as a great shock to be quite honest. My primary concern of course is for the students who are attending the college now and those who have shown an interest to attend in the future"

"It's something that we will have to work with other agencies and other education providers to see what the best way forward is for the young people who would have been attending this site. It's a real bolt out of the blue when a young person's identified the place of where they wanted to continue their further education and then the rug's pulled out from under there feet."

Anyhoos, home again home again, jimmity jig. is lying low on this one ...

Bulldozers or a few wrecking balls ...

Nope, lets call it wot it is and wot it always was, a 'Smoke Screen'  - from the Snooze: http://www.thescarboroughnews.co.uk/news/local/breaking-filey-road-hull-...

Ooh, some excellent comments from locals : -))

Get Stuck In ... Jiggity Jig ... is it too late for Coventry University to aquire the Hull Campus? Wot would they do with the 'hanger'?

Nick Taylor (Town Team) confirms the feedback from the public consultation on the Market & Eastborough will be held on Tuesday 19th January at 7.00pm at the Royal.

The Academy of Urban will no doubt be presenting.

"Our new network is open to everyone interested in preserving our seaside heritage, whether they’re members of the public, museums, or heritage organisations.

“And, of course, we’re always interested in receiving donations of objects which will boost the seaside element of our collections....”

Yep, I betcha they are ... yet another Keep Britain Tidy campaign from the local Tally Ban...

"At the Louvre, curators scrambled to move 250,000 artworks to higher ground from basement storage areas at risk of inundation from what President Francoise Hollande called "exceptional flooding"..."

"Scarborough Council’s Cabinet is being asked to look again at its plans to borrow £22million to turn a disused building in Scarborough town centre into 200 flats for students and NHS staff.

The authority’s Cabinet took the decision to proceed with the scheme last week, but that move has now been the subject of two separate call-ins by councillors.

Five Conservative councillors and five independents have signed call-ins, which asks the council to send the matter back to its Overview and Scrutiny Board to be reviewed."