"As campsites within game reserves and national parks are usually not fenced, it is important for campers to take necessary precautionary measures to ensure their safety, and to abide by the information provided by wildlife officers.

The following basic camping rules should be strictly heeded:

Driving is on the left side of the road. The national speed limit on tarred roads is 120 km/h and 60 km/h in towns and villages. Watch out for wildlife and domestic animals on the roads. In the National parks always stay on the established tracks in order to avoid the ugly scars left by off-road driving. Stay below the 40km/h speed limit for the safety of wildlife and yourselves.

The general rule of thumb for camping in Botswana is – take only memories,leave only footprints." 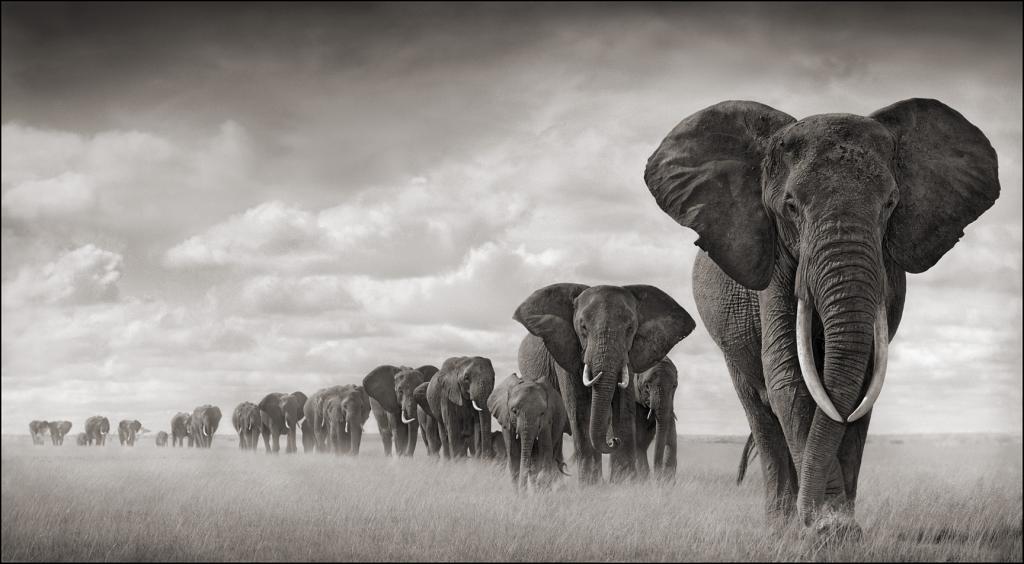 "A report to a meeting of the park authority next week states although there are “some uncertainties in both proposals that warrant further exploration with the proponents”, officers’ overall view was that both proposals could be supported on the basis that they unlock the opportunity of a devolution deal for York and North Yorkshire.

When asked to detail its uncertainties, the park authority said they related to working practices."

That Digger Hotel looks quite nice...

"The two parks have a lot in common, such as tourism and seeking to enhance the landscapes, and I’m sure the two working together in a unitary county would be to our advantage.”

"If I were to put “British”, though, it would feel like the end of an era."

"Countries would be graded either green, amber or red, according to how well they are coping with the pandemic, reports suggest.  The additions mean a total of 39 countries are now on the "red list"."

"“Her Majesty also sends her warmest regards to whichever unfortunate soul currently acts as Mr Johnson’s girlfriend, fiancé or wife, and her best wishes to his five or six children.”"

"Garnets found in eclogitic xenoliths tend to have a deep orange colour. Diamonds in kimberlite come from both peridotitic and eclogitic xenoliths so the abundance of both types of garnet in this sample is noteworthy and this is supported by the recovery of diamonds from a relatively small drill sample."

"They have the distinction of being the oldest known fossils, more than 3.5 billion years old, in fact!"

Have a sensible day.

"“All we have in the hold is five hundred tons of Marmalade which we use to fight off scurvy.""

"The new note, called the “Tiger” in Botswanan slang, keeps the same design characteristics and green color of its paper and polymer predecessors, albeit with the new presidential portrait appearing on the face. The back shows the Parliament building in Gaborone. The watermark is of a running zebra and the number 10. The governor said that to extend the note’s usable life, the polymer has “ultra-post print varnish,” to provide protection against dust and liquid. It also has a new bio-guard substance to counter bacteria and virus propagation."

"“It knocked pictures off our walls … I’m all up for silliness and whatnot, but that was extreme.”

"The six-tonne asteroid punched into Earth’s atmosphere at 37,000mph in June 2018 and broke apart above the central Kalahari game reserve, creating a fireball nearly as bright as the sun. Immediate searches of the presumed landing site found a small meteorite, which was named Motopi Pan..."

"Our portfolio of world-class competitive operations, development projects and undeveloped resources, provides many of the metals and minerals that enable a cleaner, greener, more sustainable world and that meet the fast growing consumer-driven demands of developed and maturing economies. With our people at the heart of our business, we use innovative practices and the latest technologies to mine, process, move and market our products to our customers - and to discover new resources - safely and sustainably.

As a responsible producer of diamonds (through De Beers), copper, platinum group metals, the steelmaking ingredients of iron ore and metallurgical coal, and nickel - with crop nutrients in development and thermal coal operations planned for divestment - we are committed to being carbon neutral across our operations by 2040."

"To Ikeda, this is “opera” with light and sound. “There’s the intro, the welcome piece, then the crescendo [and] climax. It’s a long journey.”"

"The more he submerges himself in this material, the more, he says, he finds himself screaming “wow, wow, wow” in sheer amazement.

“The great thing about being an artist is that I can think about these things all day,” he says. And then he signs off: “It’s a total privilege. It’s totally useless.”

"Brontë buffs all around the world are now coming together and preparing to give voice to their concerns.

She described them as the “geriatric luddite gang” and said: “This is serious. We will fight like crazy. It might go to a legal challenge. We luddites will not be fighting this time with hatchets and guns but with our voices, letters and emails.”

She rejected the council’s opinion that turning the site over to commercial use was “ground-breaking” and countered that the National Trust has been operating such a system for years.

Instead she called on the authority to exercise more thought."

How very dare she... Luddite, Moi?

So that's half the nation cheered up ;-0

F*ck knows why I have furry knees...

""To watch a movie is a luxury. You need to feed yourself first before you even think about watching a film. When times are hard to even eat, having even one family member sent to a labour camp can be devastating.""

Well I guess that's Artifical Intelligence for you...

"... the roadmap to carbon-negative"

"Professor Simon Williams, from Croydon University’s Cuntish Linguistics department, said that his team was confident that encounters with absolute berks were much more likely to see your pride flag post accused of bolshevism than being something from 1984."

Anyone seen a giant squid?

About that Generation Z ... bit keen aren't they.

Spose I could take the dog for another walk ...

Anyhoos this elephant was called Dumba and was last seen heading North ...

"Like many circus people, Frankello sees training as the highest form of enrichment, and believes that circus elephants get mental stimulation from performance and enjoy attention and applause. Covid rules were strict this spring, in the German state where the Elefantenhof is situated, and he had weeks to hone her drop-kick before the first vaccinated visitors arrived in May, to watch and laugh and clap."

Have a sensible day.

""In one case, AFP reports, the company's former head of risk wanted to know how an employee could afford a new BMW convertible; he also inquired why a staff member in Bordeaux had "suddenly become a protester"."

"On Monday, the country's department of mineral resources said it was sending a team of geological and mining experts to the site to collect samples and conduct an analysis."

"There is something apathy-inducing about this impulse to think of one’s generation, and the generation below you, as doomed. If we are all going to hell in a handcart, what’s the point of doing anything to stop it. Conveniently, it’s too late."

"These competing visions reflect the reality that there are multiple paths to rapid decarbonisation. The question is not whether to decarbonise, but how."

"Msimang says only a team of geologists can confirm if these are indeed diamonds.

“There is a possibility of the diamond but most probably occurrence there could be quartz. Quartz is another type of a rock which is common occurring. But it is used for ornaments. When it is [a] type of a quartz, that is very much beautiful.”

“[Quartz] form very beautiful crystals and its hardness is comparable to that of the diamond in the first test but test it on the glass. I think that is all at the moment until such time that we have got another more conclusive testing. At the moment there the most likelihood it could be quartz,” adds Msimang."

""There's been a couple of events that have occurred over the last couple of years which have made people very concerned about who they're hiring and who they're investing in," Mr Howard said."

"One American company offering a similar service, Fama, tells firms to "get ahead of your next big #scandal", adding that it helps brands "intervene on problematic behaviours before they become a part of their culture, or worse yet, a news headline"."

'The next Liaison Group Forum meeting will be on Wednesday 14th July at 3.00pm'

Plant, Pot.... its definitely a plastic plant... it hasn't grown very much.

Apparently they're looking for a Project Manager...

Somewhere near a swing bridge.... best not mention food banks.

I watered all my plants this morning ... it took ages.

I'm trying to grow me own coal.

"Even with a language barrier it’s always easy enough to see ‘10W30’ written on a container, and car people are car people all over the world, so they’re always happy to help however they can."

"Anglo American’s Head of Environment, said: “We wanted Fauna & Flora International to see what we’re doing in the UK following the acquisition of the Woodsmith Project, so we arranged for their CEO Mark Rose to meet our CEO Mark Cutifani on site and also to meet a broader, wider group from both parties."

"In a statement, the agency said the recovery in the diamond sector would underpin the expected economic rebound. The country's main diamond producer, Debswana reported production of 10.7 million carats for the first half of the year, 43% higher than the corresponding period last year. "

"Getting to the 15% and 36% targets will depend on an Earth, Wind and Fire approach that seeks to leverage the wide, largely flat open spaces the country has as well as its abundant sunshine. The wide open and flat spaces (Earth) provide the perfect backbone for wind (Wind) and solar (Fire) renewable energy projects that will propel the country to a new cleaner and more sustainable energy era."

"De Beers, which equally co-owns Debswana with the Government of Botswana, recorded $2.6 billion (P28.5 billion) in rough diamond sales for the first six months of the year, more than one and a half times the level in 2020."

"Have you heard the joke about the internet-connected fridge that sent so many text messages it was like having a nagging partner?

It might not leave you in stitches but it is at the centre of a potentially landmark legal case between two standup comedians over who owns the rights to a comedy routine – and whether it’s possible to prove in a British court that a performer has stolen material from a rival."

"Sakatti is a copper-nickel-platinum group elements deposit in the far north of Finland, situated around 150 kilometers north of the Arctic Circle. It is owned by Anglo American."

"Two vehicles were involved in a "low speed collision" deep below the surface. Owner Anglo American has confirmed nobody was injured - and a "full and thorough" investigation is under way."