An era of 'co-operation'  between Israeli Chemecials (Boulby) & Sirius Minerals (Woodsmith) mining creating a Potash Power House of the North? 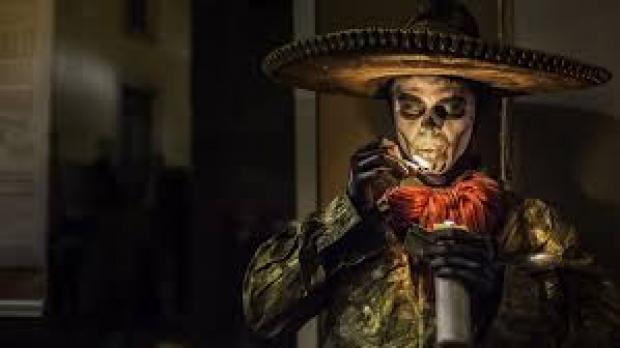 "Israel Chemicals has held preliminary discussions with the British company Sirius Minerals to sell its British mining operations for a price that could reach between $150 million and $200 million.

Although ICL’s Boulby mine in Yorkshire has traditionally focused on potash, which is the parent company’s flagship product, Sirius is really interested in the polyhalite mining that the Israeli company has developed in recent years.

Sold under the name Polysulphate, polyhalite is a new natural fertilizer produced and sold only by ICL Fertilizers. It is found over 1,200 meters under England’s northeast coast and under the North Sea and the company says that field trials have proven that it is an effective crop fertilizer.

ICL declined to confirm or deny the report. “The company is exploring options for cooperation, purchase or sale of companies and assets. When any of these options becomes concrete, the company will report it as required by law,” a spokesman told TheMarker.

Shares of ICL, which is controlled by Idan Ofer’s Israel Corporation, fell 6.2% to 14.35 shekels ($4.09) on Sunday but that was in connection with news that Potash Corporation of Saskatchewan might be selling its 14% stake in ICL.

Polyhalite is particularly important as potash reserves at Boubly have been in decline for some time and ICL says it will stop mining altogether by 2019. As a result, the company has switched focus to developing the polyhalite that lies 150 to 170 meters beneath the potash stratum at Boulby.

Last year, ICL said in its annual report, it extracted some 250,000 metric tons of polyhalite, which generated just $25 million in sales, but it aims to bring that figure to 450,000 this year and one million tons in 2019.

Global prices for potash, a key component in fertilizer have fallen to $200-220 a ton, which has made the Boulby mine – the highest cost potash producer a**** ICL mines – less financially viable. Its workforce has been slashed by 50% to 500 people in the last year.

At $115-125 a ton, polyhalite prices are even lower, but its generates bigger cash flow because it doesn’t require as much processing and uses the same mining and logistic facilities as potash.
Sirius has an additional reason to be interested in ICL’s Boulby mine. The London-traded company is developing its own mine, called, Woodsmith, about 20 kilometers away, which will have initial production capacity of 10 million tons per annum — and eventually double that.

A delegation of executive from Sirius, a mining-development company that has no revenues, was in Israel last week to advance the talks.

The sale of the British operations, which are grouped under a unit called Cleveland Potash, is part of ICL’s strategy of divesting non-core operations to reduce its $3.3 billion in debt and maintain its credit rating..."

Last I heard ICL still had £300mil on the table to  upgrade  Boulby ... anyhoos who cares.

Highly illogical, mind Boulby might just float 'independently' ... give or take a d'raft.

Not a cat in hells chance...

Stoopid is not the word.... did someone mention artificial intelligence ... mebbe I've woken up in some virtual reality.