Minco have been acquiring a few sites for prospective mining including a site North Pennines, almost Hadrian's wall, near Hexham at Nenthead.   Minco have added this to their portfolio as follows:

"The North Pennines Orefield in the north of England is the second largest area of carbonate-hosted lead-zinc mineralization in the British Isles with an extensive history of past production (1700s – 1938). Minco’s exploration project in the North Pennines is centered in the vicinity of Nenthead, the most prolific area of past production within the Pennines Orefield, with potential for disseminated zinc-lead mineralisation within the surrounding historic vein mine workings."

Apart from some boring appraisals last year now't much seems to be happening on the Minco 'Zinco' front with their Buchans and Woodstock based in Canada, site seeming more prominent. Other than one or two internal wranglings that have now been settled : http://www.mincoplc.com/fileadmin/user_upload/minco_news/2016/2016_03_07...   All seems quiet on the Minco front.   A previous virtual visit to Nenthead portrays a stereotypical walled hamlet village with gardens in bloom and plenty of retired folk migrating to the area no doubt seeking to protect their tired view, and fend off any changes that may conflict with their sedate idyllic lifestyles of choice.

Meanwhile global stocks of Zinc have been falling, the price of Zinc is rising and where better to prospect a mine than in an area of Ancient National Heritage described as "Nenthead Mines is an important historic place at Nenthead, near Alston, in Cumbria, UK.  This remote valley is covered by remains from the lead and zinc mining industry of the North Pennines, including mine entrances, dumps and old buildings.  The site includes a geology Site of Special Scientific Importance and is notable for rare lichens and plants growing on the metal-rich mine dumps. Most of the valley is a National Ancient Monument."  http://www.nentheadmines.com/

Nenthead houses one of Europes 'best preserved' open Lead Mines and recently went under a £250,000 restoration to provide a visitng and educational centre: http://www.bbc.co.uk/news/uk-england-cumbria-29214825

Meanwhile back in the world of pot ash another region of Ancient Monumental significance is being prospected: http://www.proactiveinvestors.com.au/companies/news/67788/highfield-reso...

"Spanish potash company Highfield Resources Ltd has been featured in a Navarran newspaper with the development of its potash projects, covering 550 square kilometres, in the potash and halite producing Ebro Basin in the Sanguesa area, Navarre Province in northern Spain.  "A mine with 40 years of life generates great employment prospects for the region of Sangüesa."   The local Navarran Government is in favour of this project as it supports the economy, while the Muga project is still pending a few approvals from the Government.   Muga straddles the border of Navarra and Aragón.  The mine will have sufficient resources to be mined for at least 40 years with a long term positive impact expected on the region’s economy with 800 direct jobs to be created.  The Mayors of the local Town Halls (local governments) have stated that they value the opened participatory process Highfield has with the locals as positive."

Wot has this got to do with the price of bread?    Ah yes, 'Town Planning Under Military Occupation' ...  http://www.asfar.org.uk/the-relationship-between-water-and-the-israeli-p...

Water water everywhere ... and not a drop to drink : back to the 'Spanish Acquisition'

The Mayor of Sangüesa, Angel Navallas said he felt reassured because, "if the European environmental legislation is demanding, the one of Navarre is even more demanding."

In fact, Navallas says he opened to a process of information so that everyone knows the project and can express their opinions.  Navallas said he believes this is an opportunity for the region. "We have always said that this is a depressed area.
"We cannot always choose what kind of industry arrives. However, we believe it is time to promote a new development in the zone". While the Mayor of Javier, Emilio Echegoyen said Muga "means the ability to maintain our population, creating housing and revitalizing the urban core".  The vice president of Navarra and the Minister of Economy, Manu Ayerdi sees the project as being of interest for all of Navarra. Ayerdi values the participation of local agents and their "commitment" to the environment.

The company is trying to get it right, he said. He said it is a large and complicated project, with international investors, with a significant investment and a long term project. "The government is assisting a project that looks interesting for Navarra," Ayerdi said, with the potential of creating wealth and employment.  "We want it to be a reference point and an innovative project from all points of view.

"The European legislation is the most demanding in the world."  Further, meetings with municipalities and residents of the area "are responses to the suggestions made by the ministry of environment to the company, requesting them to promote the participation of people," he said.  "The company has a legitimate vocation to seek profitability but it is also concerned about the compliance of local legislations, he said."  The main favourable economic impacts for the region of an increase in employment with 800 new jobs and production of potash at an industrial level will be favourably viewed.  Given the size of this project it is likely to receive a better consideration from the Department of the Environment and a better understanding from the population.  Ayerdi said that once Madrid approves the Environmental Impact Statement, "the governments of Navarra and Aragon have to authorize mining activities."

On Death by The Prophet - Kahlil Gibran

"You would know the secret of death.
But how shall you find it unless you seek it in the heart of life?
The owl whose night-bound eyes are blind unto the day cannot unveil the mystery of light.
If you would indeed behold the spirit of death, open your heart wide unto the body of life.
For life and death are one, even as the river and the sea are one.

In the depth of your hopes and desires lies your silent knowledge of the beyond;
And like seeds dreaming beneath the snow your heart dreams of spring.
Trust the dreams, for in them is hidden the gate to eternity.
Your fear of death is but the trembling of the shepherd when he stands before the king whose hand is to be laid upon him in honour.
Is the shepherd not joyful beneath his trembling, that he shall wear the mark of the king?
Yet is he not more mindful of his trembling?

For what is it to die but to stand naked in the wind and to melt into the sun?
And what is it to cease breathing, but to free the breath from its restless tides, that it may rise and expand and seek God unencumbered?

Only when you drink from the river of silence shall you indeed sing.
And when you have reached the mountain top, then you shall begin to climb.
And when the earth shall claim your limbs, then shall you truly dance." 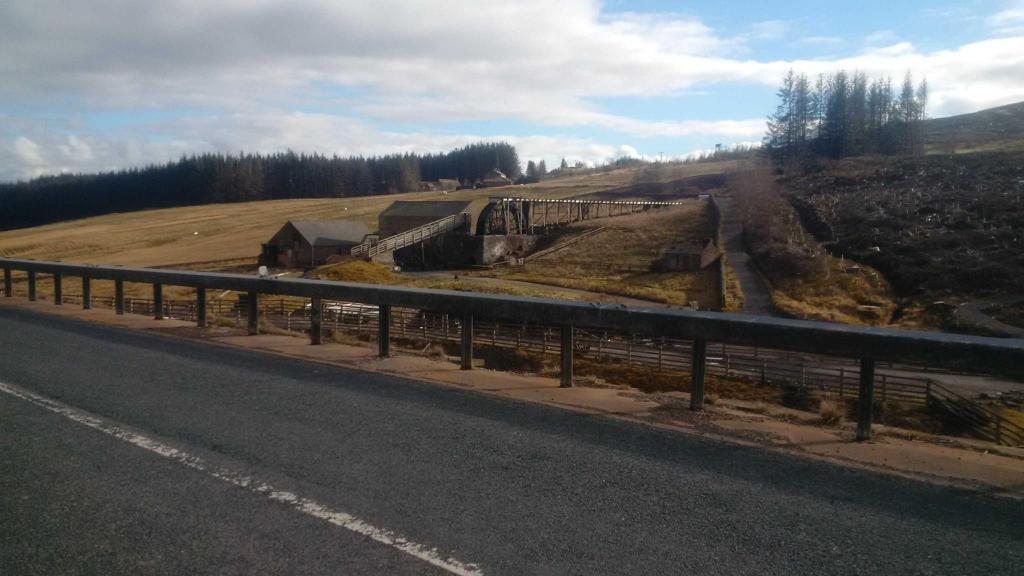 The product from the project will be conveyed by 20t trucks to domestic customers, and further to the Ports of Pasajes and Bilbao for export primarily to Brazil and North-West Europe.

Infrastructure for Muga potash mine

Up to 60MVA of electricity will be reserved for the project at Iberdrola's Racaforte substation, located approximately 9km from the project site, whereas the water requirements for operations will be met through ground and rainwater harvesting."

"A MINER aims to carry out further tests on a potential 500-job zinc development after encouraging test results.

Minco says it has been buoyed by investigations across its Northern Pennine Orefield, which takes in land on the County Durham and Northumberland border.

The company has drilled more than 30 test holes between Allenheads, near Stanhope, and Nenthead, in Cumbria.

However, officials say they have now found a Northumberland site they believe could harbour deep layers of zinc left behind by the lead miners of yesteryear.

They say the Northumberland plot, known as Whitewood-Barneycraig-Williams, will be drilled later this year.

A report said: “Two holes drilled on the fault indicate the mineral potential of this large structure.

“A second phase of drilling is planned for 2016, subject to land access agreements, to further explore the potential, with the primary target being the Barneycraig-Whitewood complex.”

Minco previously said its project could create up to 500 new jobs, with workers earmarked to mine some of the largest amounts of zinc in Europe.

The North Pennine field was the UK’s most important lead producer between 1750 and 1850, employing thousands of men across Teesdale, Weardale, South Tynedale and the Derwent valley.

Danesh Varma, chief financial officer and company secretary, previously confirmed the company had found significant amounts of zinc, as well as lead, in a number of areas.

The firm is understood to have spent more than £500,000 on the development and director Rowan Maule last year told The Northern Echo a mine could be developed within six years.

Minco’s development area was first mined by Romans, with zinc and lead production starting in the mid-17th century and continuing through to the end of the 19th century, before working at reduced levels until 1938.

According to the company, lead was the main metal to harvest profit, with zinc work mainly focused between Coalcleugh, near Hexham, and Nenthead, in Cumbria, which produced more than 19,000 tonnes of zinc from 1942 to 1943."

"The firm has now confirmed tests prove the plot has strong potential, adding they aim to extend exploration licences to carry out further investigations.

A spokesman said: “The intersections of lead and zinc mineralization in two holes on the Whitewood-Barneycraig-Williams fault are very positive and indicate the potential of this large structure.

“We are negotiating extensions or amendments to certain exploration licences and option agreements, and expect to conclude agreements in due course.”

Minco previously said its project could create up to 500 new jobs, with workers earmarked to mine some of the largest amounts of zinc in Europe...."

November in a Nutshell?