On 26th February Council sets its annual budget.  The public have even been consulted, and the SNooze too is running out of any earnstwhile comment other than the usual moaning minnies aided and abetted by the latest in Victor Meldrews.  http://www.thescarboroughnews.co.uk/news/local/time-running-out-to-comme...

SBC "We're reminding residents that they are still able to comment on our annual budget consultation up to and including Monday 8 February."

Nick Edwards, being neither muggle nor Lord Voldemort nor he who should not be named (Section 151 Officer) has neither waved his magic wand nor is about to raid Gringots, though a balaclava and sworn off may come in useful... Nope, the draft Budget first went to Cabinet in January : http://democracy.scarborough.gov.uk/documents/s67026/1627%20Draft%20Budg..., all of the Members have been consultated, including a slidey side show. Bootlegged  https://www.youtube.com/watch?v=lgCZN1rU5co

In short rates are set to rise by 1.99% equivalent to less than 10p for the majority of properties. (should be 10%)  Fortunately Nick has been able to guesstimate the next five years budget requirements, cuts, cuts, scuttles. Reapers.  So, at least this annual assault on the budget should be avoided.  The only excitement left to conjour up is where will the mysterious £169,000 appear from?

Will the Council be forced to sell its hidden stash of brown stained envelopes.  Will any Greenshield stamps be found behind the trophy cabinet. In true Lord Voldemort style we have found some cunning plans to yet be hacked off: 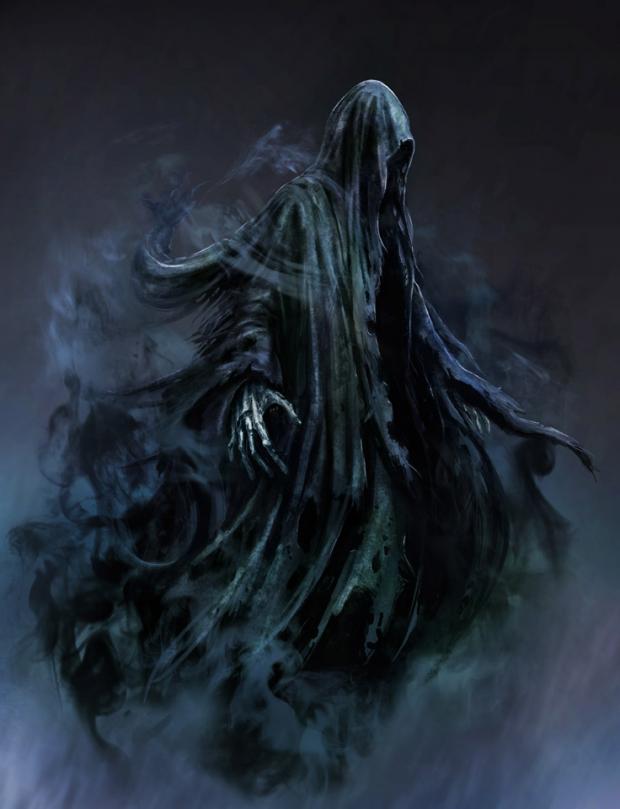 Other than the Budget, revenue, Council has a Treasury.  Gringots ... Gotten Gains: The Draft 'explains'

The Dept of Punishment ...   painfully explains the need for inward investment, and the NNDR requirement to meet the Local Govt. Financial Settlement. Indeed the Council expects to achieve surpluses. Currently surpasses are jointly shared and settled with NYCC, NYFR & Central Govt.

As explained by the Council's Treasury consultant of Capita, a lot depends on the Bank of England's base rate of interest, will it rise will it fall? Who knows.  How risky or risk averse is the Council 'feeling' in its appraisal of the investment markets.  (No, they are not allowed to invest in commodities, only certified banks and financial institutions). Darn goes the  list .. lisping.  Is cash King? Now is a good time to borrow if interest rates were to rise. What if they fall ... slippery slopes, ropes, nope, the Council didn't invest in Icelandics.   More importantly, the Council has and shares the Central Govt.'s credit rating.  Currently standing at AA+.  If a good deal was to be gotten, it would be now.

Why now?  Erm, 'devolution'. Devolution of economic powers to the Northern regions would also devolve or perhaps dissolve a Combined Authority's credit rating.  They may or may not enjoy the Govts. credit rating of AA+.  That basically means low risk borrowing as the UK is seen to be a 'safe haven' for inward investment on the global market. So, erm, should the North take a devoluted credit rating, what would that be? Could it be forecast? Would it enable or disable budgets, borrowing and returns on investment to be foretold ...  is devolution to be dreaded, or a return to Crystal ball time? 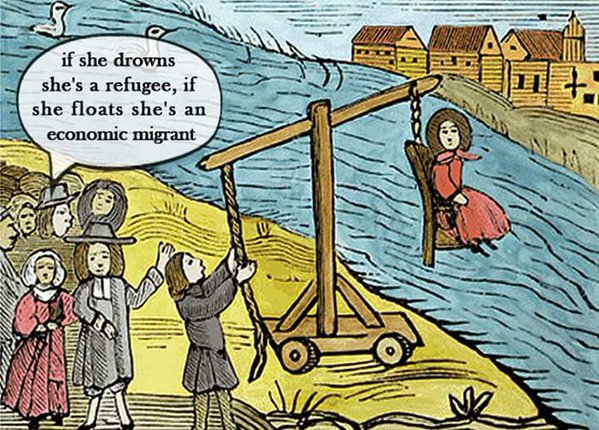 Anyhoos, mebbe things could be and indeed get a lot worse, for example, headlining the Northern Echo,  'tis a slasher;

"DARLINGTON Council has today announced plans to slash £12.5 million from its budget with drastic cuts which will lead to hundreds of job losses and impact on every corner of the borough....  No department will escape unscathed with social services, health, libraries, street cleaning, children's centres and grass cutting among the services to be hit hardest. In a move which is likely to prove hugely controversial the council is proposing to dispose of Darlington's Victorian Covered Market with stall holders being given first refusal."

Cuts to the Vexations?  ... https://www.youtube.com/watch?v=KpN_TOP9hg8

Rule of thumb, look behind the 'headlines'  http://www.darlington.gov.uk/business-and-licensing/tees-valley-combined...

"We have therefore decided to take the adult social care precept as in this directorate we want to ensure people get well looked after."

The social care precept was announced as an option for councils in the comprehensive spending review in November.

Mr Steward has previously criticised the Labour group, who ran the council until May 2015, for increasing council tax, but said circumstances were different.

Neil Barnes, Labour spokesperson for finance and performance, said: "It is clear the coalition has benefited through Labour's sensible management of the council's finances until last year, evidenced in the relatively low level of savings it is having to make."

He said despite raising taxes the council was still planning to cut services people relied on."

Social Care precept? 3% without a referendum?

Mind, as the BoE is running out of options, HMRC has yet to count its receipts, anything could happen :-)  'Snap' says the Gruff?

"Upper Tier Authorities with responsibilty for social care have the discretion to add a 2% social precept. For instance 'NYCC' are proposing a 3.99% (1.99%, is below the referendum level + 2 for the social precept), In most cases the rises in Council Tax will not cover the increases in social care costs the so call living wage will create."

"Changes came through last night which will allow SBC to raise Council Tax by the greater of 2% or £5.00 (band D). A quick calculation shows that a £5.00 rise equates to a 2.3% increase. SBC can therefore do this without a referendum."

Doesn't quite add up, eh George? Even stoopid people could ave told ya that !!!!! (nice to have it confirmed by an 'expert' tho)

PS, Georgie Porgie only got 'lucky' cos of the fall in oil price...

"At the start of the 2010 Parliament, almost 80% of council expenditure was financed by central government grant; by next year Revenue Support Grant will account for only 16% of spending power; by 2019 to 2020 only 5%."

No free lunches. This is gonna hit the rural schools quite hard:  Sssssh.

Northern England is implementing trade sanctions on the rest of the UK.

Npower to cut all power below M62 .. mebbe Lincoln and south of Wartford, defo Surrey:

Action has been taken after severe droughts and doubts that Osbo's budget will obliterate and/or fail to mention the Northern Poorhouse.

Osbo's pre budget meeting with the Treasury has been cancelled until the 11th House of Tea Lady can source a black pot kettle, and Jacobs restock the shelves at Chequers.

Of much less significance is that Northern Power Girl  'Cooper' lacks Balls and quietly accuses  'Doris'  of "Wiffle Waffle" instead of placing a red hot poker up his nostrills piercing his ring so Cambo can take him from behind no doubt accompanied by the Etonian chili powder and cheesegrater gang...

Meanwhiles barrels of 'arfs have been found in NI and Trump's take on the EU is that Paris is not wot it wos and Germany and Germans can't remember who, where it is/was or willbe:

An open door policy for Osbo & Cambo to 'financial wonderland' ?

Mind, it could be those Gnomes at Gringotts....

"The chancellor is under pressure to explain how he will now cover the £4.4bn gap left by the changes.

Labour said Mr Osborne should resign and the Budget should be withdrawn."

"Ahead of the vote, Mr Osborne defended his handling of the economy, but told MPs that where mistakes were made he was ready "to listen and learn".

The government also won a series of votes on specific Budget resolutions, including the cut in capital gains tax.

Opposition amendments to scrap the "tampon tax" and block an increase in VAT on solar panels were accepted by the government without the need for a vote.

Remaining Budget measures will be brought forward in the Finance Bill and other legislation which will be debated after the Easter recess."

"However, Arthurian obsessive Simon Keegan is determined to right that wrong in a book which not only claims that the largely unremarkable village was the site of the legendary Camelot, but also that King Arthur was not born at the grand Tintagel Castle on the Cornish coast, but was in fact from Catterick.

“He is the greatest folk hero who ever lived,” says Keegan. “King Arthur is more famous than Robin Hood and William Tell, he comes with a cast of characters like the dashing Lancelot and the wizard Merlin, but most people can’t seem to agree on who he actually was. In early records he was depicted as the saviour of Britain after the Romans left, a man who was victorious in a dozen battles, but over the next 1,500 years he was variously cast as everything from a chivalrous king to a brutal warlord.

"The Crown Estate has delivered a record £304.1m to the Treasury after the value of its portfolio rose 9.7% to £12bn.

The payout by the estate, which owns London's Regent Street and the entire UK seabed, was up from £285m.

It comes ahead of a review of the Sovereign Grant - taxpayers' money given to the Queen by the Treasury.

This year the Queen received a grant of nearly £43m, currently calculated as 15% of the Crown Estate's profits.

The Sovereign Grant, which is paid two years in arrears, is reviewed every five years.

In the coming months, the government and a senior royal official will carry out a review of the grant, which was set at 15% in 2012.

This year, the Crown Estate has reaped the benefits of a regeneration programme of London's Regent Street and St James's, where it lets out shops.

The estate brought in £22.9m over the year from leasing the country's seabed to offshore wind farms, a rise of nearly 20%...."

And the biggest beneficiary is ?

Oh, btw land between sea and shore is the jurisdiction of the land owner.... any criminal activity ocurring on such land has to be notified by the landowner to the police.  Oddbods.

Mebbe the seas are not rising ... and the earth is getting flatter ...

"More than £5m is to be spent on the Cottingham and Orchard Park Flood Alleviation Scheme.

The project, on the western outskirts of Hull, involves the building of concrete lagoons to trap rainwater. The area was hit by major flooding in July 2007.

"On Wednesday, the 84th annual exhibition by The Fylingdales Group of Artists will officially open at Pannett Art Gallery, Whitby ....

At each annual exhibition the group asks two ‘invited artists’ to exhibit alongside the members.

Kane Cunningham and Lynne Wixon have been asked to hang three pictures each for the 2016 annual.

A preview evening will be held at Pannett Art Gallery on September 2 at 7pm, visitors welcome."