Scarborough Engineering Week, 13th - 16th October, now in its fifth year, (founded in 2010) is welcoming the return of the Bloodhound. "A British team is developing a car that will be capable of reaching 1,000mph (1,610km/h). Powered by a rocket bolted to a Eurofighter-Typhoon jet engine, the vehicle will mount an assault on the world land speed record." 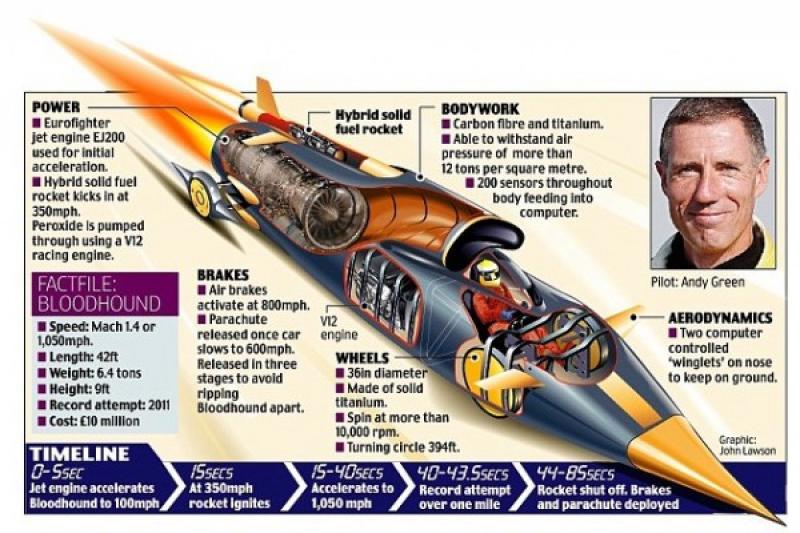 "The car has to survive extreme forces when it's complete. Aerodynamic pressures exert the equivalent of 12 tonnes of load per square metre, while the exhaust blast from the Nammo hybrid rocket generates temperatures approaching 3,000 C (twice the temperature of a volcano). For Bloodhound's kit, we're using state-of-the-art materials and manufacturing techniques to create the fastest, strongest and most sophisticated car in Land Speed Record history." Exciting stuff, followed by "Each component will be checked to make sure it fits perfectly, before we commit to final assembly. " source: http://www.bbc.co.uk/news/science-environment-29380455

The current land speed record is held by Andy Green (October 15 1997 763 mph or 1227 km/h on the ThrustSSC Turbofan) http://www.bloodhoundssc.com/project/team/andy-green 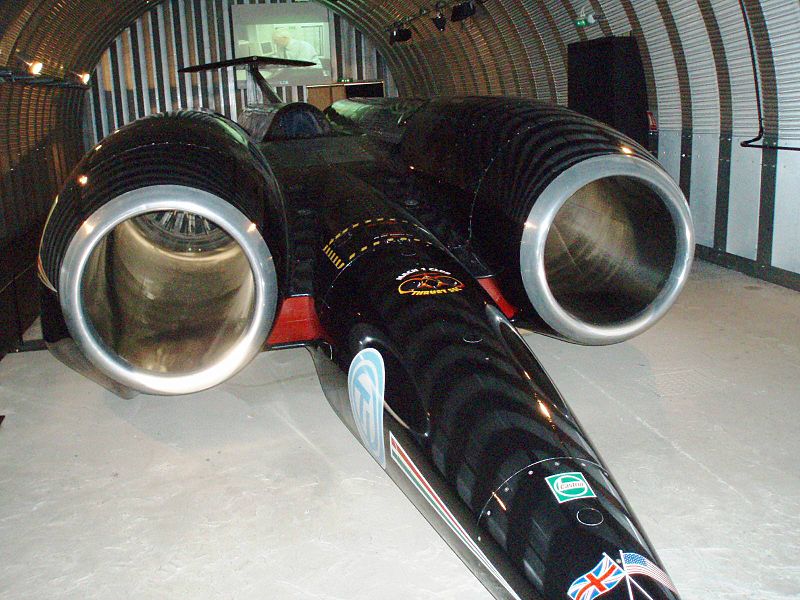 OK, OK! What about the synergy?

"Empowering young people to take control of their future in an ever changing world is essential for successful futures, especially as they progress to careers which do not yet exist, use technology not yet invented and solve problems we do not yet even know are problems." (eh?) Acolytes and anodyne.

The event is hailed as not for profit and relies on support and committment to bringing Science, Technology, Engineerings and Math (STEM) to life for young people. Headline sponsors are York Potash and YNYER LEP. The event is driven by Scarborough Business Ambassadors with support from Scarborough Borough  Council and Unison Ltd.

Headline Sponsorship costs £ 5,000 and with sponsorship offers on the table along with the opportunity to network at the Dinner on Tuesday 14th at £ 50 per head it would seem these austere times are being pushed aside. Hey ho it sounds like fun ... and indeed it is, the Bloodhound Education site "have fun exploring the world of science and technology; learn, create, share, watch, experiment and discuss. Be creative, be inventive and post back your ideas..." and "We hope that by the time the BLOODHOUND Project is complete, there will be thriving communities of people of all ages helping each other and learning from each other and continuing to share their passion for science, technology, engineering and mathematics for very many years into the future: The BLOODHOUND Project Legacy."

Legacy,  a motive indeed; “without being ordered to do so, people become harmonious by themselves"

However, according to WIKI - 'The current women's land speed record is held by Kitty O'Neil, a stuntwoman who in 1976 drove a jet-powered vehicle named the SMI Motivator to reach an average two-way speed of 512.710 mph (825.127 km/h) at the Alvord Desert, Through her career as a stuntwoman, she met Bill Fredrick, the stunt technology maker and high-speed car designer who built the "Motivator" vehicle. A $20,000 contract afforded O'Neil the chance to drive the car in an attempt to break only the women's land speed record; Kitty O'Neil was contractually obligated not to attempt to break the broader land speed record, so that movie director and fellow stuntperson Hal Needham could make the attempt instead'   Boys, eh?

Anyhow kids, best not get too excited the Bloodhound is expected to run in some far off place in 2015/2016.  Never mind, we have the Worlds Deepest Potash Mine designed and about to be built right on our doorstep (mebbe)(subject to planning) - how absolutely awesome is that!

aka 'sod the expense ... give the cat another gold fish'?

The Bloodhound has arrived and is parked outside the Spa ready for Engineering Week - eeek!

"The challenge will be part of Scarborough Engineering Week 2015 and it is sponsored by the Institution of Engineering and Technology and North Yorkshire Business and Enterprise Partnership.

Students taking part are invited to showcase their prototypes during Scarborough Engineering Week, which is organised by Scarborough Business Ambassadors, including leading companies wuch as engineers Unison.

The event takes place October 13-15 at Scarborough Spa. Prestigious local and national companies will be on display.

Who can enter the Making Robots Challenge?

It is open to families and students aged 7-19 working in teams of no more than six.

When will it place?

The challenge is designed to be completed in school or at home.

What is the Institution of Engineering and Technology Making Robots Challenge?

Students will work in small teams to construct and design a robot that will be powered by a battery, driven by a motor and use gears, and can be switched on and off.

Free basic kits will be provided to each team taking part with students encouraged to make their design stand out.

There are three types of robots and age groups:

7-11 years: you are invited to build and design a Jitter Bug.

11-14 years : you are invited to build and design a robot capable of walking – A Walking Duck.

14-19 years: you are invited to build and design a robot that will move using a control – A Soccerbot.

Teams will be expected to develop, design and build a working robot in school or youth club or home, and provide a short presentation that will convince the judges of their learning and understanding of the challenge.

Once students have made their robots they will be encouraged to test it and add your own creativity in readiness for the final.

What happens at the final?

You are invited to showcase your robot at any of the session during Scarborough Engineering Week and take part in the Jitter Bug Disco (7-11) and the Duck Race (11-14). Soccerbot final. Full timings of the final will be provided shortly. Judges will be looking for: Best build of robot, he movement of the robot, best design of robot."

Erm, no mention of Joy or YP but hey, Robotwars bring it on!

"In the space of just one week, drugs were trafficked and a small girl raped and police dealt with dozens of violent attacks and burglaries.

None of this was made public by the police in Scarborough.

“There is just smoke and mirrors to make sure there’s just no bad news,” said Jane Kenyon-Miller, the retired former head of North Yorkshire’s Police Federation. “The press is the bridge between the police and the public, who rely on them to know what’s going on.

“But these figures show that the public are being hung out to dry as to what’s going on in their neighbourhood....

"A former head of the now defunct Police Federation, Mrs Kenyon-Miller was effectively replaced by the creation of Police and Crime Commissioners.

The woman who took on that 70k-a-year role in North Yorkshire, Julia Mulligan, was elected into the watchdog role on the promise that she would hold the force to account."

Erm, not quite sure where to begin .... scales?

Seriously? Nah. Give the dog a bone.