The Hustings at the Street was hosted by the Federation of Small Business, the Chair.  Kath Turner said the FsB was a cross party campaigning group and had it's own 'manifesto'.   Which was written down but basically its agenda was to support small business. The FsB in Scarborough was established in 2012, to hold monthly meetings for members and non members.   "learning about running your business, employment law, how to expand without going bust and loads more topics, such as local issues.  We would like to see enthusiastic business owners who are passionate about their products and services and are excited about sharing this with more than 400 members in the Scarborough area."  Apologies were given for the UKIP candidate who was unable to attend. 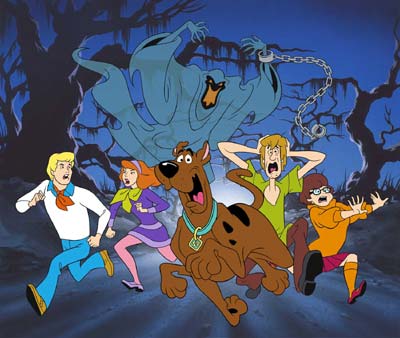 Being a non political/cross party group the FsB,  I guess,  the challenge was to release some political animals out of the cage.  The event  "European Election Hustings" had been posted in the SN and local political groups were made aware.  It was noted that there was only one 'Member of the Public' who attends local meetings Council, and campaign group ie STAG, STATS etc on a regular basis,  Hello, Daphne!!!!

Ryan Stephenson (Con) started by saying only his Govt. would hold a democratic referendum on whether the United Kingdom should be IN or OUT of the European Union.   He then went on to quote the latest Tory statistics, growth, unemployment etc and how well his Govt were doing with the economy.   It was his view that the EU should be a 'trading block 'and his party was committed to reducing regulations and the beaurocracy that restricted trade. Coming out of the EU would not hinder the UK's trade and that the UK should be able to cherry pick regulations and legislation,  leaving the UK to enjoy the 'trading block' or the EU single market.

Andrew Cooper  (Green) began by saying who he was, A Councillor for Kirklees and Huddersfield, a Parish Councillor and  wanted to serve as an MEP for the Yorkshire and Humber Region to get resources from Europe into the Region to create jobs, to promote energy efficiency and to get the younger generation to be seen as part of the future.  His message was: YES - there should be a referendum, he wants a full debate and more understanding of what the EU do. YES - he would like to see reform but some of the regulations have positive imacts eg the environment and workers rights. YES - to being part of Europe and the way forward, rather than going back, (touching lightly on the Ukraine).  He also mentioned that at the last EU elections the Green Party had failed to get an MEP, by just 1% of the vote because of the BNP.

Darren Hughes (Lab) was from South Yorkhire (Rotherham).  In response to the Labour Party being the only Party advocating that we don't want a referendum;   investor confidence in the UK needs to remain high.  The EU gives us access to the largest trading market, Regulations need to be simplified, 'red tape' needs to be cut and access to trade for small firms needs to be made easier.

Chris Foote- Woode for  Edward McMillan (Lib Dem).   Over half of people don't vote, use your vote, don't waste it.  Women used to chain themselves to railings ... (NB we wont be doing that again).   Regulations that apply to large business should not apply to small business.  The world is getting smaller the future lies with large trading groups.   There should be a democratic referendum bit with a bigger turnout and better understanding.

Ed Asquith (who noted he was sat in the UKIP chair) lol. (replaced Alan Deacon (ill) as Member of the Public)  gave a quite impressive view of global economics, his thoughts on the Ukraine and Eastern Europe that he had visited last year, and came accross as pro European, we need to be part of it.

The Chair then reiterated some items on the FsB manifesto 1. attention on late payments with bigger firms paying up to 90 days. 2. Economic Growth. 3. Support for Digital Business. and opened up the debate to questions:

Pam - when we joined the EU we voted for free trade, a free market not rules and regulations

Tory - yes we want a single market, we want to trade with Europe but in the easiest way possible. We want to cherry pick the trade agreements we need. Switzerland and Norway are out of the EU but still maintain trading agreements.

Lib Dem - Regulations are created for a level playing field, whilst Switzerland and Norway do trade with Europe they do not have a say.  There are 28 organisations to comply with, cherry picking would cause chaos.  You can't reform Europe by walking away.

Tory - The OEJU thinks small first. it is not expensive and not complicated.

Green -  It is not just business' that find the regulations onerous, the organisations that implement them do too.  The notion of Free Trade is the mantra that all free trade is a good thing.  What about the Sovereignty of the UK?   Right now the UK and the USA are forming a Treaty to change the laws for free trade.

Labour - Can we go back to (just) trade agreements? We have changed, the world has evolved.   There should be no either IN or OUT to make reforms.   If we come out we would have to set up bi-lateral agreements.  Would we get a better deal?   How would we continue to trade?

Tory Boy - Nonsense, it would take 2 years to come out.  Your Govt (Lab) introduced that mechanism, our financial recovery is working .... (all Labours fault?) ...  It is  morally repungent that we cannot have a referendum

Green -   We need investment into the UK, I was at a German trade delegation,    they say there is no policial stability in the UK, we change the laws every five minutes.  If they invest in the UK should that be dependent on what is headlining in the Daily Mail or some other knee-jerk reaction to change the playing field?

Tory  - investment in the UK is at an all time high .... Hitachi.   we need a tax on consumption look at our taxation polices to create a level playing field ...

Green - If it is that morally repungent then why not deal with it (referendum)  now?

Ed Asquith - The question of Sovereignty - and going back to 1956, the geopolitical influences have changed.  look at the Ukraine in the last year, not part of the European Union but Eurpean money has been going there.   The Media, even the BBC coverage is so  ignorant of what is going on globally.

Q;  Where is the vision, what do you see for the future of Europe?

Labour - I thought we were here to talk about business.

Tory - The Govt has a vision for the future for trade, to create jobs and break down the barriers.

Lib Dem - agreed with the Green Party and mentioned something about the Wombles.   Let me be honest here, people vote for things that are going to benefit themselves.  If you want change then you cannot be on the outside looking in.

Q.  Colin Challen - (directed at Tory) - What is the benefit of ditching standards? We don't even know which standards you are ditching.    To make it easy. Name just 3 standards that you want to ditch.  What 3 standards do you want to get rid of?

Tory - We don't know what will happen until after a referendum.  The Govt want to take back control of its borders.   The referendum is about IN or OUT.

At that point a member of the audience  said he was fed up with this 'political spatting'.  He was there to know what they were going to do to persuade him to vote for them.

To be cont'd  ....  I will try to get other reports of this meeting, especially from Daphne.  Always preferred Scooby Doo my self but hey ho:  http://www.youtube.com/watch?v=FZ2mJPSccvo 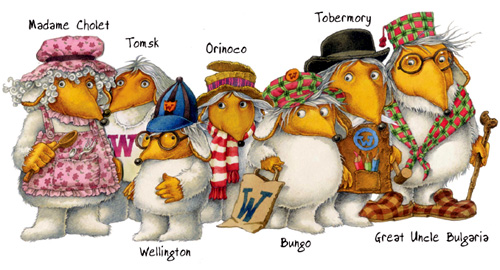 Meanwhile here are some facts to be going on with:  (source:  Tyne Tees)