"The assumption behind this proverb is that the end justifies the means." 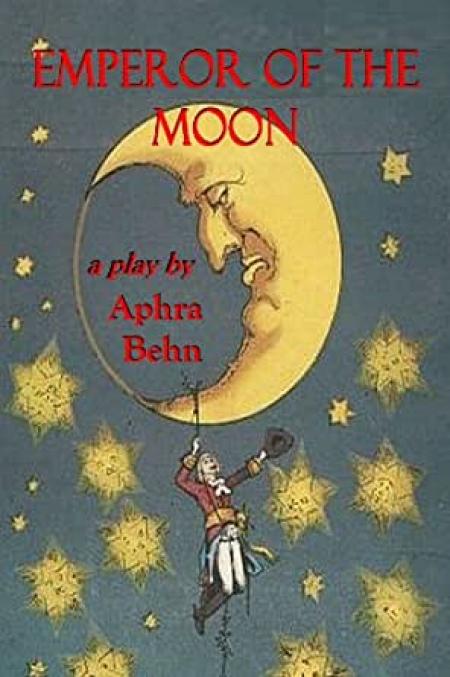 "The 300-page bill was introduced to parliament on Monday. If allowed to become law, it will hand the police and the home secretary sweeping new powers to crack down on any protest that risks causing even the smallest disruption, effectively any protest that is a protest."

"The bill is enormous, and extends well beyond an assault on our rights to free expression and assembly. It takes aim at nomadic Gypsy and Traveller ways of life, paving the way for more police enforcement against “unauthorised encampments”. It will introduce a Prevent-style duty for knife crime, making it easier for public agencies to institute their own versions of the Met’s rights-infringing gangs matrix. It will give police yet another power to stop and search people."

"Organisations in the town are planning a day of activities and entertainment for Saturday, in accordance with the government's roadmap for lifting restrictions."

"The town council is very pleased to be able to support this event to celebrate being able to socialise again. "

"That makes them particularly dangerous because they spend the majority of their orbit close to the sun, whose overwhelming glare obscures them to telescopes on Earth – rather like a second world war fighter ace approaching"

"Was it Wednesday or Sunday? I couldn’t really tell: every day of the week felt identical because there was nothing to distinguish them."

"In love and war no time should be lost"

"The campaign themes include:

Escape - where visitors will be invited to lose themselves and truly relax. Experiences will include spa retreats, long, peaceful walking routes and tranquil accommodation options.

Explore - the Yorkshire coast has always been home to daring individuals who have exploration in their blood. With an extraordinary history to share audiences can explore the stories of adventures across the world that started in Yorkshire, as well taking in the stunning scenery on offer across the destination.

Indulge - this theme is all about indulging in passions and if that includes some of the best culinary experiences available, then so be it!

Dream - sleep is important, but with inspirational experiences on offer up and down the coast, you can escape into another world or even create your own just like great literary heroes of the past such as Bram Stoker and Lewis Carrol who created masterpieces whilst staying at the Yorkshire coast."

"The parallel insulation scheme administered by local authorities is running much more smoothly but ministers still need to create a new programme to nudge able-to-pay home owners into improving their insulation for the UK to hit its climate change targets.

"Scenes of officers grappling with women led to outrage with calls for the resignation of the commissioner, Cressida Dick.

The home secretary ordered a report expected on Monday or Tuesday from Her Majesty’s Inspectorate of Constabulary. The key question it will answer will be whether the Met’s actions were proportionate or not.

As the new protest laws pass through parliament, Barton and another former senior policing leader, Sir Peter Fahy, told the Guardian they held deep concerns about the dangers the new laws posed for civil liberties already reeling from a year of emergency Covid laws.

The police, crime, sentencing and courts bill, currently passing through parliament, will afford new powers to officers to tackle protests, including measures aimed at static protests and a new offence of “intentionally or recklessly causing public nuisance”, which is in part defined as causing “serious annoyance” or “serious inconvenience”."

Mrs Mulligan said: “Obviously that will be of great concern and it's a different type of tactic, which has largely been urban-focused in the past.”"

Its kicking off all over town ...

A New form of Lockdown...

"People will still be able to protest, but they cannot be permitted to trample on the rights of local businesses, neighbours, and communities."

"Trespassing is basically remaining on the premises after being told that you can't remain there anymore. That usually requires some kind of warnings and notifications."

"The Louvre's stunning cultural heritage is all now just a click away. I am sure that this digital content is going to further inspire people to come to the Louvre to discover the collections in person."

Be Careful what you wish for ...

"The Department for Digital, Culture, Media and Sport (DCMS), which gave the monarch the special dispensation, declined to say whether it had been proposed by royal aides or ministers. The DCMS is also keeping secret a set of emails that may shed light on why the Queen was granted immunity from the law."

I have a stained glass window.

"Is it any wonder that London bridges are falling down? For hundreds of years, they have worked tirelessly to carry the load of one of the world's busiest cities."

"At the moment we are just sitting, waiting and nothing is happening."

"Scarborough Borough Council is to spend £2.6m developing business cases for projects set to benefit from cash from the town fund.  £37m of Government funding has been made available for Projects in Scarborough and Whitby but it's dependent on strong business cases being drawn up for each of the individual projects covered by the scheme."

""We can essentially create the same outcome as nature has created, but at a very, very different price.""

""So whichever direction you want a laser to go, usually it goes somewhere else," Mr Rimmer explains.""

"Once you can write things inside diamonds, "you can write electrical circuits; it takes you into science instrumentation and ultimately quantum computing," says Mr Rimmer.

Maintaining trust in the authenticity and provenance of diamonds is essential to keep an increasingly sceptical public buying."

May the Fifth be With You..

""Our seafronts are our ‘shop windows’ for thousands of visitors every year and special places for our residents to escape to and be proud of...

The first phase of Project Sunshine is underway in Scarborough with work starting on the refurbishment of Aquarium Top...

"It is therefore imperative that they meet today’s demands and aspirations while respecting the history and traditions loved by many.""

"Artesian wells were found under the site. Tons of concrete had to be poured into them."

"Fossil aquifers can also be artesian if they are under sufficient pressure from the surrounding rocks."

"Boris Johnson, the prime minister, claimed in 2019 that he had a plan to “fix the crisis in social care once and for all”. No such plan has since emerged, but negotiations have been ongoing in recent weeks between Johnson, the chancellor, Rishi Sunak, and the new health secretary, Sajid Javid, and meetings are expected to continue over the weekend.

Several government sources insisted no final decision had yet been made and it was unclear whether an outcome would emerge before MPs leave Westminster for the summer recess next week."

"“In all my time in politics I haven’t let ideology blind me to doing the practical and the obvious. I think that’s as far as I’d go,” he told the Telegraph."

""It could be satellites or it could just be debris from rocket bodies from other launches.""

""It wouldn't be like Star Wars or Moonraker with lasers firing all over the place… I suspect in a major conflict, space assets would be targeted. So we have to invest and prepare today to make sure we have alternatives.""

"I just had my coffee and my blueberries and now I'm still in bed, but I'm talking to you," she says, on the phone from her home in Appleby."

“This year, the fair is on a different date and people from round the country will be making their way.

“I just want to urge people who are visiting to be aware that there will be horses on the roads pulling the bow tops."

"It wasn't important to me to know the amount of money I'd get," she says. "All I wanted was to sing any song I wanted to."

"As we get closer, the numbers will increase. Everyone is really excited for the fair to start, but I want to remind people from my community to not arrive too early and keep safe.”

"Did Jim Henson bring Kermit with him to the recording studio?" Streisand asks at one point. The answer, sadly, is a "no"."

"You have to trust your own instincts if you're an artist at all, and go with what you believe and not anyone else."

"Storm Fleur will bring thunderstorms and gusts of up to 60mph in some parts of the UK. There are a few things you can do to help prepare...

"Developers North Star claimed last week that the building was "dangerously unsafe to be inhabited" - and said a revised vision for the site was being drawn up which included music, cultural and work space which would be "fantastic for the city’s cultural sector"

"Defra has 30 days to visit Ms Macdonald's farm... It is his worst score since Opinium started tracking him in this way."

“Things like making sure your mobile phone is fully charged and that you have torches to hand."

"The Silicon Valley morality tale – a true crime saga with a dash of Fyre Fest-schadenfreude and the added bonus of an icy blonde with a mysteriously deep voice – has thus far inspired a best selling book, a popular podcast, and two documentaries, with a feature film and real-life criminal trial still to come."

“We wanted flying cars. Instead we got 140 characters.”

"“In the end, Theranos failed, and Ms Holmes walked away with nothing,” he said. “But failure is not a crime – trying your hardest and coming up short, is not a crime.”"

Who's counting on a Fourth Lock down by the end of the week?

Best not mention the Falklands.

"“The moment a coat is taken off the hook in the porch these extra arms and legs just appear, waving all over the place and making it pretty much impossible to cram him into it."

"Quite which one Boris Johnson thought he was getting as his new culture secretary is anyone’s guess."

"The list of fictional heroes goes back as far as recorded history, with some of the most prominent characters still known today. Achilles is one, and Ulysses, the primary character of the Odyssey, is another."

"Straight off the bat, no two La Niña events are exactly the same."

"Treasure hunters chartered a submarine to search the depths of Lake Merwin. Nothing was found.  As days turned to weeks, many started to wonder if DB Cooper not only stuck the landing, but trudged out of the forest with his loot."

"La Niña conditions don't cause any one individual downpour, rather they stack the underlying conditions full of moisture for when any individual weather event does come along."

"... the committee had no power of veto so it could effectively just do one if it wasn’t happy. Or words to that effect. Doris smiled politely. Classic passive aggression."

I sooo need to get that Green Eye & Blue Spot fixed.

"When you arrive at the gates of Graceland, there is no longer a human being whose job is to show you around. You are handed an iPad, you put in little earbuds, and the iPad tells you what to do – turn left; turn right; walk forward."

"It means remaining die-hard owners of their devices won't be able to make or receive calls, send texts, use wi-fi or access mobile data."