To understand what is involved in the fracking process it is important to keep up with the public consultations and the information they hold within,  as with the Beverley application for a license, it is often too late to participate with the public consultations that are being rushed through as part of planning and licensing process for 'fracking' and unconventional gas exploration.  Whilst many of these reports and consultation documents are filled with jargon, are long-winded and 'boring' the information that is extractable is vital in combatting these Oil and Gas 'giants' who have 'farm out' agreements with small companies to get through the planning processes. 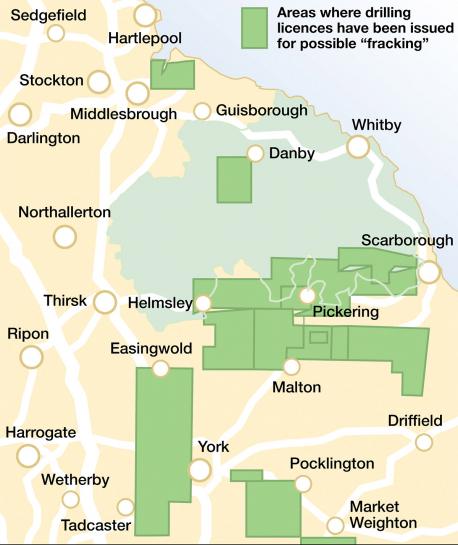 From my understanding this consultation document says that a license to explore is a license to 'frack', whereby 'fracking' is part of the exploration process.  Once the 'resource' (gas) is found then the application to the local planning authority for extraction is commenced.  Under new rules, unless you have a financial interest in these operations, there is no right to public appeal or judicial review.  Therefore it is prudent to be armed and battle ready for when they start to 'frack' in your neighbourhood or community ...

This is a consultation on an Environmental Report on DECC's proposals for further onshore oil and gas licensing in areas of Great Britain.

The Report identifies, describes and evaluates the likely significant effects on the environment of DECC’s proposals to invite applications for, and issue new licences, and of reasonable alternatives to that plan; and how these effects can be reduced or offset.

This Report is a necessary part of a process of strategic environmental assessment (SEA).  https://econsultation.decc.gov.uk/decc-policy/consultation-env-report-fu... 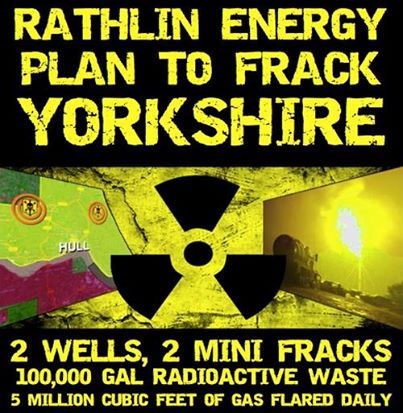 To keep up with the protectors from over the Pennines see here:

Greenpeace has urged the government to scrap a botched public consultation on controversial new under-house fracking plans after the main document put out for comment was found to contain incomplete and misleading information.

The request comes as ministers are facing heavy criticism for censoring large chunks of a study into the potential impacts of shale drilling on local communities. [1] Campaigners argue the heavily redacted report is likely to include evidence crucial to the proposals under consultation.

The Department for Energy and Climate Change is currently canvassing public views on plans to change access rights for oil and gas exploration. Under the government proposals, energy firms would be allowed to drill fracking wells under private land and homes without having to obtain permission from the owners.

But a Greenpeace UK analysis of the consultation papers found a major flaw in the description of the very legislation ministers are seeking to change.

Under the current system, homeowners can refuse consent to companies seeking to drill under their property. The courts can be asked to overrule the refusal, and the judge has to weigh up two separate arguments in making a decision - i.e. whether the development is in the national interest and whether the landowner has reasonable grounds to refuse permission.

The government consultation completely failed to mention the ‘reasonable grounds’ argument, giving the misleading impression that courts can decide on the basis of national interest alone.

Greenpeace UK’s legal team first raised the issue with the energy department in a letter sent in June. In their response at the end of July, government officials partly acknowledged the issue and said they had clarified it on their website. [2]

Greenpeace lawyers have now written back to the energy secretary asking for the consultation to be scrapped. They point out the correction came just three weeks before the end of the consultation period, it doesn’t extend to all relevant documents, and no notice of it has been given to those who have already submitted their comments. The three-month consultation is due to close today [Friday, 15 August.

In their letter Greenpeace stresses the fact that ‘the defect in the consultation 'is far from technical’ as it would ‘lead consultees to think that what is being proposed is a minor change in the law when in fact it is a very significant one.’

The lawyers also argue that the censored study into the social, environmental, and health-related impacts of fracking should have been made available to the public before the launch of the consultation in May. Instead, a heavily blacked-out version was published only last week following a request by Greenpeace under the Environmental Information Regulations.

The government launched the consultation at the end of May, just days before new legislation on fracking was announced in the Queen’s Speech. The changes would weaken trespass laws, allowing energy companies to drill under people’s homes without their permission.

A YouGov survey for Greenpeace published in June showed three quarters (74%) of people in Britain oppose the proposed changes to trespass law. [3]

"This consultation has failed the basic requirement of being straightforward and transparent with the public. If ministers don't discard this bungled process and start a fairer one, they'll lay themselves open to potential legal challenges. This is too important an issue to let the government get away with a dismissive attitude towards people's views - we're keeping all our options open in challenging this reckless dash to frack."