Igas have confirmed they have a test well for 'fracking' or shale gas extraction in operation, possibly (tbc) in North Yorkshire.   Mark Hill, Head of Development for the NYMNPA deferred the question of 'exclusion zones' to the British Geological Society.  There are no exclusion zones.  Each 'fracking' site has to be assessed on its own merit.  'Fracking' is only a small part of the whole shale gas extraction process.  The British Geologial Society has conducted it's own report survey for the Department of Energy and Climate Change (DECC).   This report makes Scarborough, Whitby, and the surrounding area 'target' areas for the first succesful shale gas extraction in the UK.  Here are the important and relevant bits from that report published in December 2013. 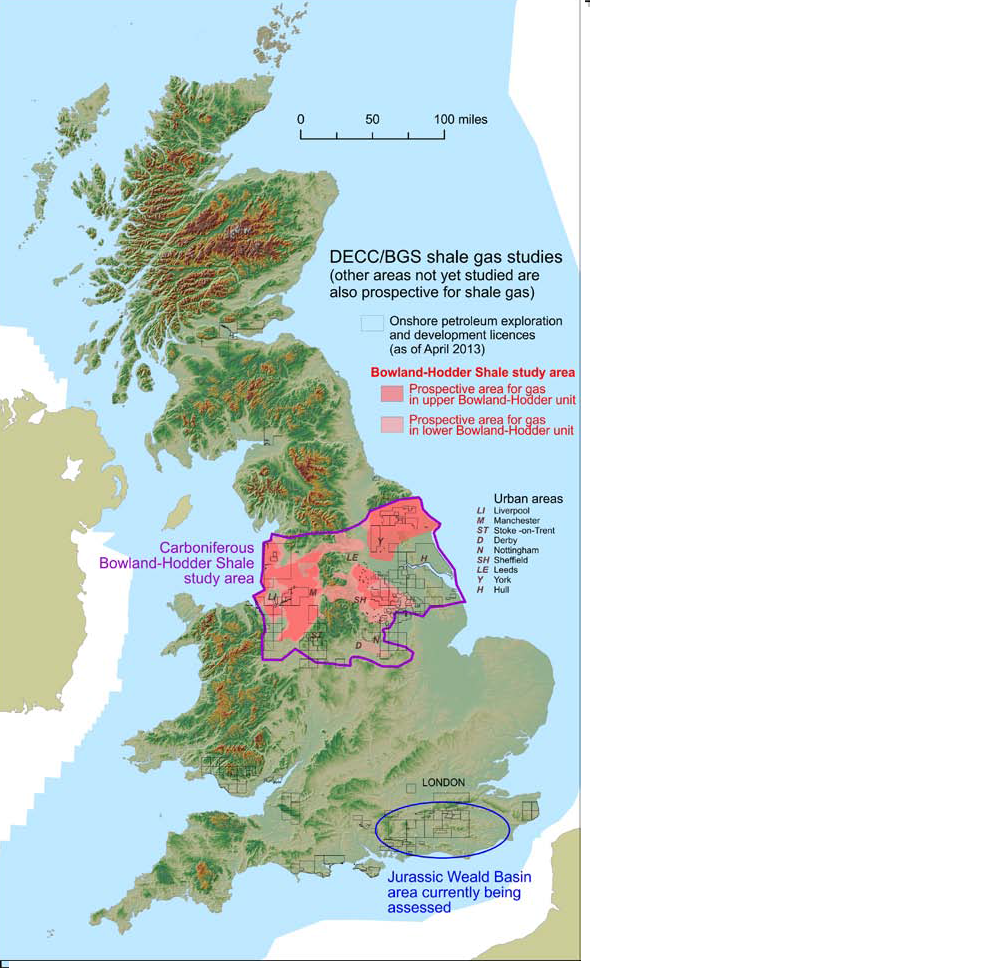 The BGS report concludes:  "Some of the most prospective areas are in environmentally sensitive areas or under urban centres. Exploration and potential development will likely progress at a much slower pace to fully consider how adverse impacts can be mitigated and to obtain surface landowner access permissions (both for well sites and under the path of all deviated wells), but shale gas development of the Barnett Shale in the densely populated Dallas-Fort Worth Basin proves that it is not impossible."  Except that they do not have to obtain surface landowner permission because in the UK oil and gas underground belongs to the Crown. (Unlike minerals) 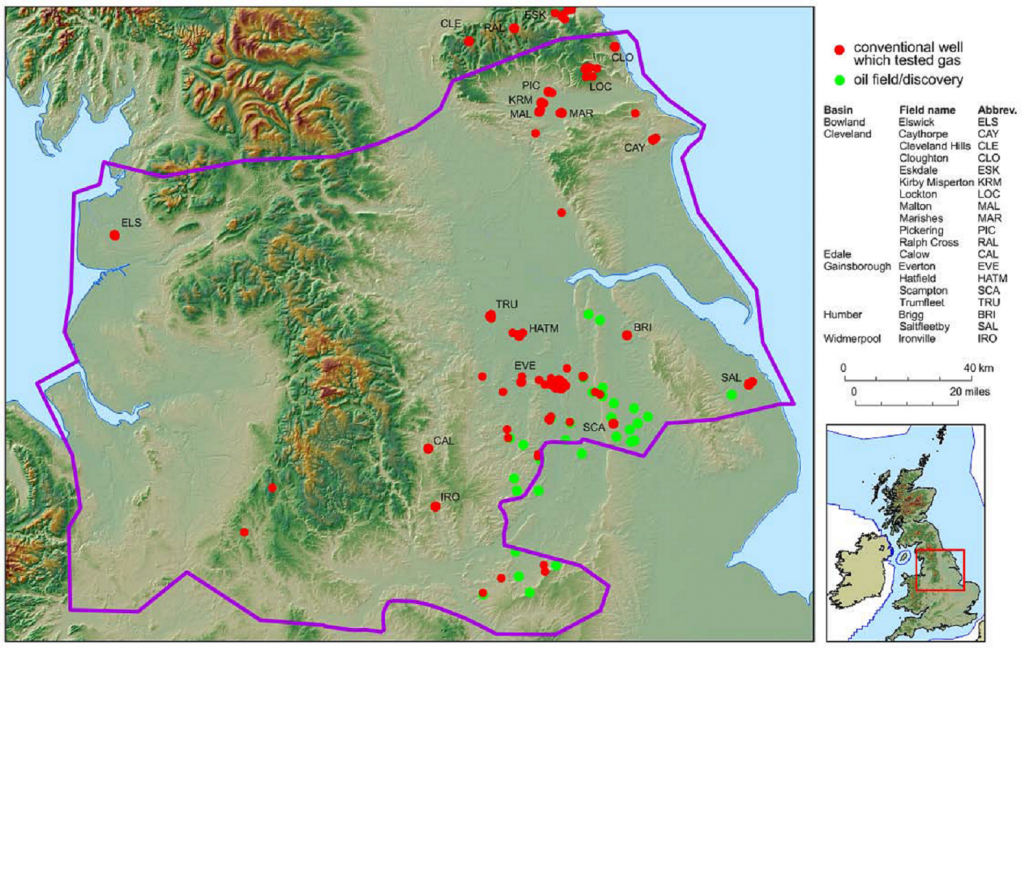 The BGS state that only one shale gas well has been hydraulically fractured in the UK, Cuadrilla’s Preese Hall 1 well during 2011, but that test was suspended before completion of the fracturing programme after two small earthquakes were induced (Green et al. 2012).

"Exploration for shale gas presents a series of new challenges; not least the collection of a different suite of geological, petrophysical and geotechnical data across previously little understood and poorly studied parts of hydrocarbon provinces" 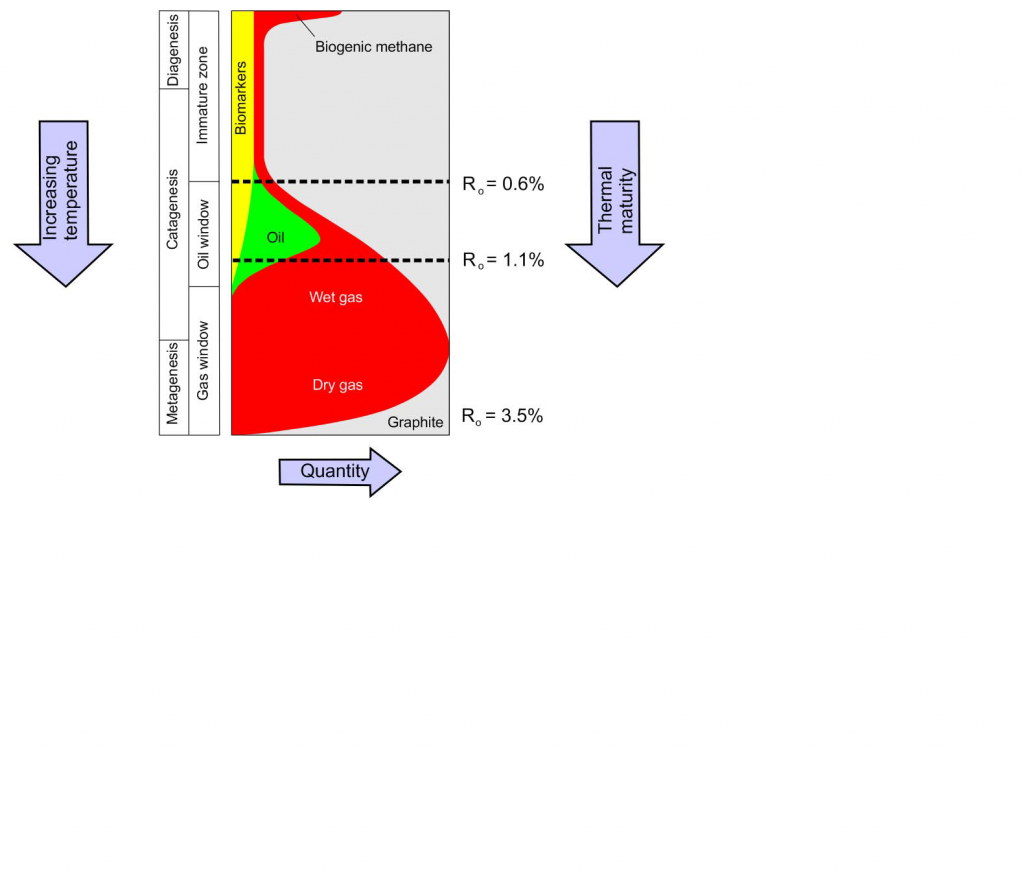 "Natural gas can be created by two mechanisms: biogenic and thermogenic. Biogenic gas is created by micro-organisms that produce methane as a metabolic by-product in anoxic conditions such as in marshes, bogs, landfills, and shallow sediments. At depth, at greater temperature and pressure, thermogenic gas is created through the maturation of buried organic material. Biogenic gas can be encountered even if the underlying source rocks have not entered the thermogenic gas generation window.  The thermal generation of oil and gas from organic material (Figure 34) generally takes place at temperatures between 50°C and 225°C. At lower temperatures, the organic material is immature and no oil or gas will be thermally generated from the source rock; at much higher temperatures, the organic material is overmature and all possible oil and gas will have been generated. The timing of generation is dependent on the kerogen type and the exact composition of the organic material. From an analysis of all available maturity data of the Bowland-Hodder unit in the study area, it can be deduced that an Ro of 1.1% (equating to the onset of significant gas production) can be reached at a present-day depth of anything between outcrop and 9500 ft (2900 m) (Figure 35). Figure 38. Estimated present-day depth (feet) to the top of the gas window (Ro = 1.1%), central Britain. Note: the shallowest colour includes areas where this isomaturity surface is above sea-level and also above the land surface. North American experience has shown that there is not adequate pressure to economically produce shale gas at shallow depths. 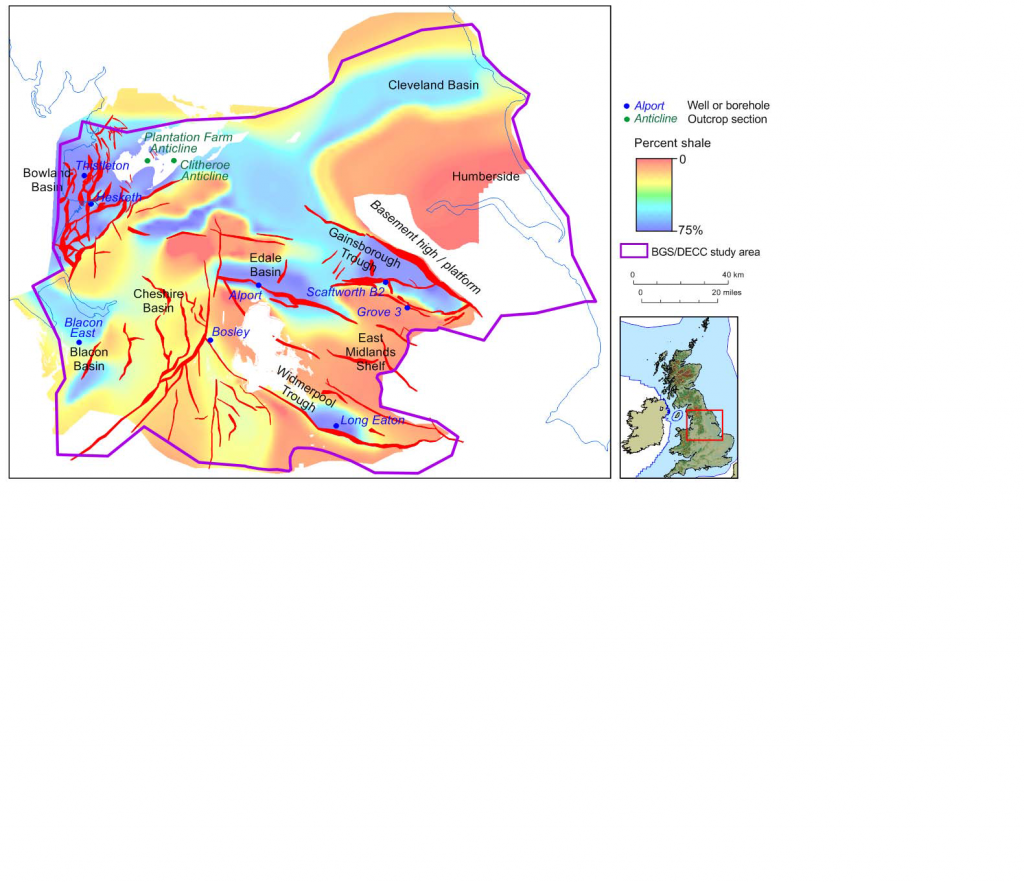 repeat - for 'fracking' to achieve maximum return the balance the depth and the pressure of the resource is vital ie the yellow bits, (imo)

Wells - In the UK onshore licence terms, well data is held confidential for four or five years before it can be released into the public domain by DECC’s release agents. We will be asking John Blaymire of Igas about this.

A closer look through the telescope: 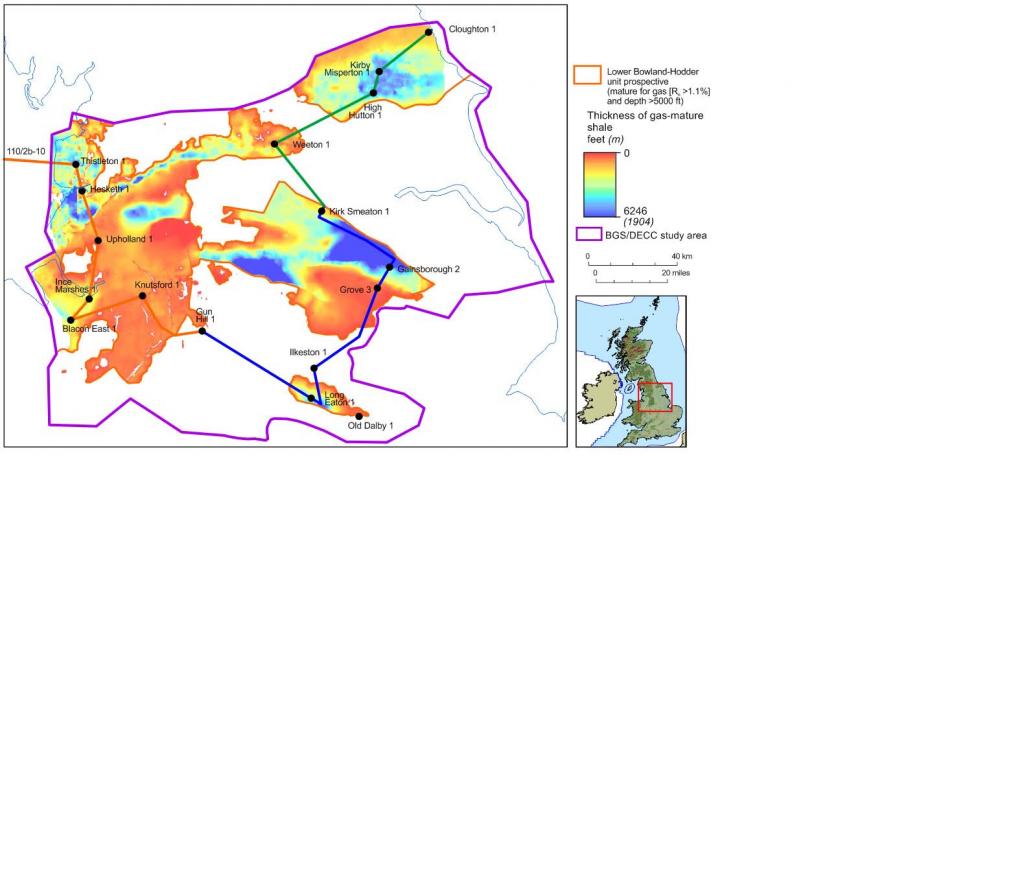 Meanwhile John Blaymires of Igas said at the 'fracking debate' "pin me down",  "I want to give you the facts about fracking".  http://www.igasplc.com/about-us/board-of-directors/john-blaymires

Authors note:  There continues to be some confusion Igas (John Blaymires) who are operating in the North West of England  and Third Energy (Viking Gas) John Dewar who are operating near Scarborough.  This will be clarified asap.

though Igas have a farm-out agreement with Total:

Research for further information is ongoing, though it looks like IGAS are the company looking to 'explore' North of Whitby:

The man from Igas dismissed Josh Fox's 'Gasland' (2010) film as pure fantasy.  Any  likeness between Jimmy Neutron and John Blaymires is pure coincidence: