It was reported by Yorkshire Coast Radio 96.2 FM that  Robert Goodwill (our Absent) MP for Scarborough and Whitby, was actually in town and going to Bingo to try his hand as a caller, lets play Bingo with Bob and see how he juggles so many balls:

1. Kelly's Eye - Bob seems to have taken his eye off the No 1 most important local project for decades, the York Potash Project. Perhaps the Australian hero/villain doesn't feel he needs Bob's help.

2. One Little Duck - HS2 could be Bob's downfall, with 56% of the population opposed to this project Bob has a duty to blindly steamroll the HS2 gravy train. Pity Bob didn't take a leaf out of Sir David Higgins book (who stepped down from the Board of Directors of Sirius Minerals) to focus on his role as Chairman of the HS2 project:  http://www.birminghampost.co.uk/business/business-news/new-hs2-chairman-...

3. Cup of Tea - Bob voted very strongly for replacing Trident even though; "rogue states are likely to be lightly armed ... and any attack they make would probably be a single strike ... everyone knows the likes of Saddam Hussein and Colonel Gadaffi are bonkers ..." (2001) and, on RAF Fylingdales - " a nuclear exchange wouldn't necessarily destroy the region"

5. Man Alive - Bob is in favour of bringing back the death sentence, and he makes a living from corpses and operates a green/woodland cemetery, which he hopes "cuts down on Co2 emissions from crematoria"

7. Lucky 7 - Bob is the owner of several steam engines which "gobble ever larger quantities of coal and leave an amazing carbon footprint."

8. Garden Gate - in 2010 he was re-elected as MP for Scarborough & Whitby by an increased majority of 8,130. His campaign was funded by a donation of £11,000 from Mountboon Investments Ltd, owned by local entrepreneur Don Robinson and family.

9. Doctors Orders - Coronia is a ship that Bob owns, not a cough medicine.  Bob also owns shareholdings in OAO Gazprom and Lukoil, 4 rented houses in Teeside plus a lettings Property at an undisclosed address in North Yorkshire.

10. Cameron's Den - in 2010 Bob was appointed to Govt Whip with responsibility for Treasury and DEFRA.  Bob is now a Transport Minister and as well as HS2  covers Aviations, Road Safety and promoting Two Wheels to Work.   Quote "Large Airports need to grow bigger!" 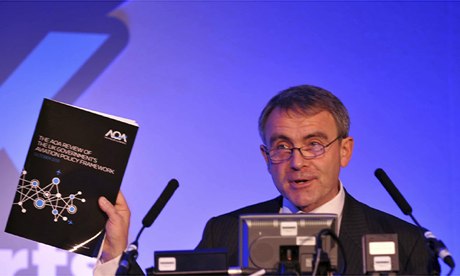 13. Unlucky for Some - In October 2013 Bob became under Secretary of State for Transport and HS2 became his priority project.

14. Valentines Day - Bob is married with two sons and a daughter

16. Sweet Sixteen - the cost of duelling the A64 York to Scarborough road has soared to in excess of £500 million - and the scheme, together with the long-awaited Rillington bypass, will not go ahead until at least 2016.   "We need the improvements to the A64 so far as the Yorkshire coast is concerned. We have several major industries such as McCains transporting 1,000 tonnes of potatoes a week  ...... ", Goodwill spent many years working on his family farm, which, at its height, delivered and produced 1,000 tonnes of potatoes a year to the McCain chip factory.

17. Dancing Queen - Bob voted against Gay Marriage (06/02/13) along side other  Yorkshire Coast MPs Greg Knight and Anne McIntosh after receiving many letters from constituents on the issue.  Indeed Bob's understanding on equality and fairness can best be expressed by a letter from an irate visitor to Whitby : "While visiting Whitby recently, I learned that golliwog dolls are not just for sale; they can be prizes too..." Bob's reply "it is important that we don't become over-sensitive to situations such as this, where no evidence has been brought to me other than your letter that anyone has been offended or annoyed." and despite the reminder that "these dolls are a regular feature at BNP festivals" Bob continues;  "I can certainly remember as a child we had dolls of this type at home and it never crossed our minds that it was in any way derogatory to black people in the same way that similar rag dolls with white faces were not deemed to be offensive to any indigenous white people in our country."

18. Coming of Age - Bob said, "I would like to firmly reassure you that the next Conservative Government have no plans to abolish free off- peak bus travel for people over 60 in England.  My colleagues and I have no plans to cut either the winter fuel payments or free bus passes" (Just get rid of the buses instead, eh Bob?)

20. One Score - Bob gets one over on Ryedale distric council, when met with resistance when he applied for permission to create a "green cemetery" on his land. He eventually won the battle but only after an expensive fight. Bob said: "We had a particular problem with Ryedale District Council, but the application went to a public inquiry and we got full costs against the council, which was £20,000. Since the cemetery has been there, not one single person has complained about it." 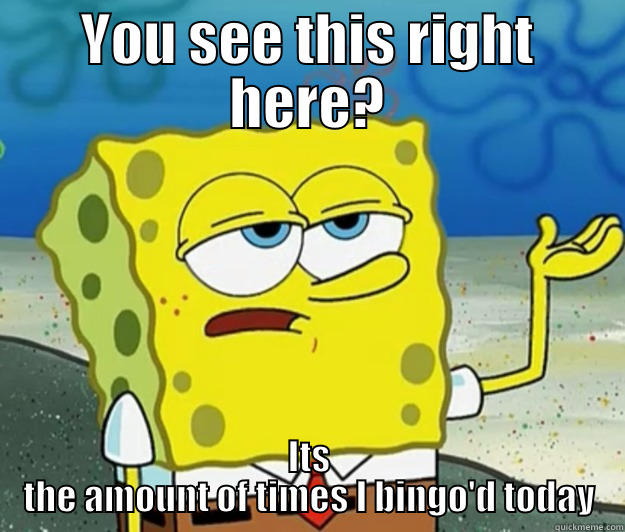 murmurrings shipmates that Bob's too busy climbing and passing the buck.  May he be following in the steps of the lovey Miss Anne McIntosh, aye,  it be a bit closer to home for the 'gentleman', when up steps Edward Legard, Eton-educated, ex-army, barrister and local baronet’s son.   Ya just gotta have the right connections eh, son?

Bob on the Buses:  "The Government believe in buses."   http://www.yorkshirepost.co.uk/news/debate/columnists/robert-goodwill-ru...

Dear All
There are no suitable sites in the Borough anyway.  I asked Cleveland Potash this specific question and they confirmed that the geological strata are not stable enough for this type of repository.  The waste would need to be accessible for reprocessing in the future as only 3% of fuel is used by the reactor and future generations may need to access it.  The granite formations around Cumbria would seem to be the most likely solution.
We have enough things to worry about without setting this hare running.
Best wishes from London.
Robert
Robert Goodwill MP for Scarborough & Whitby 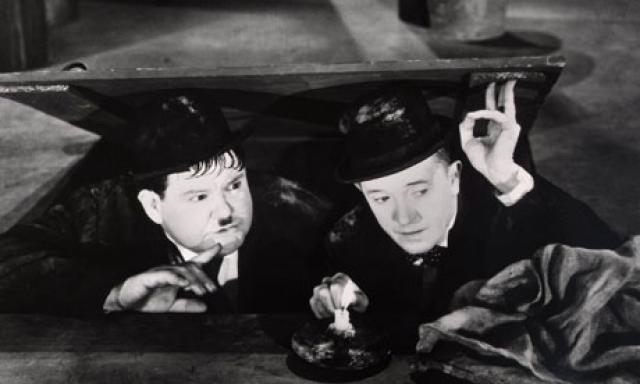 Has Bingo sold his shares in Gazprom yet?

Meanwhile, what's this all about .... https://www.whatdotheyknow.com/request/robert_goodwillmp

steps in yet again, where Bingo fails to appear, it seems that Anne McIntosh et al the Blues (Derek Bastiman) are covering Bingos back yard; here on the much needed improvements on the A64 ; “Road safety needs to be improved and congestion reduced across the whole of the route of the A64 from Leeds to Scarborough.

“Money will become available from the Local Growth Fund from next year for road improvements. The support of the LEP and local authorities as well as businesses is absolutely imperative to ensure the earliest possible start of this project to lead to the upgrading of the A64. ... She added: “I shall be pressing for an early decision from the LEP for the A64 to benefit as a major artery for economic development and to improve road safety and reduce congestion ... It also has a serious accident record, with many fatalities over the years which has resulted in the area coroner repeatedly calling for action,” said Ms McIntosh.

First heard Anne on this last week on YCR but can't find the link, anyhow just for ref YCR keeps a MP's Diary, oddly Bingo has missed his June slot to address the people, oh well, did anyone else notice?

Apparently Bingo sold his shares in Gazprom two years ago ... but failed to update his Register of Interests ... oops is that another 'fence?

Where there's a will there is a way ...   A campaign to connect the Whitby Rail via NYMR to the York mainline gathers momentum : The Whitby Gazette front page reports: http://www.whitbygazette.co.uk/news/local/campaign-aims-to-restore-rail-...

Is Bob the missing link?  ;-)  as a matter of opinion in this instance I think Bob hits the nail on the head - the good people of Pickering would be pickled, but hey HS2 destination Whitby? lol - what will be will be ...

one for the Bingo wall of fame:

Five surrounding MP's have written a joint letter to express their support of the project.

Julian Sturdy MP for York Outer, Hugh Bayley MP for York Central, Robert Goodwill MP for Scarborough and Whitby, Andrew Jones MP for Harrogate and Knaresborough, and Ann Mclntosh MP for Thirsk & Malton, wrote to say: "As Members of Parliament in North Yorkshire we recognise this as a project of local, regional and national importance.

"The provision of long term and skilled work is a priority for the region, and particularly in the area where the York Potash project infrastructure is located.

"The potential to add materially to the UK's GDP, exports and balance of trade is most welcome and worthy of significant support.

"The benefits of the project will endure for many years not only in terms of local employment but will also secure a vital raw material for agricultural production both in the United Kingdom and at a global level."

"Scarborough MP Robert Goodwill has also spoken out following the sentencing, as his office is now located at the former brothel premises.

“The premises has been completely redecorated and there is no sign of the old business. When we moved in I didn’t really give it a second thought.

“I must stress that the first time I entered the building was when we were proposing to rent it. I’ve yet to meet anyone who frequented the premises.”

He admitted he had encountered “a bit of leg pulling” about the choice of premises, but added: “There’s no case for levity. Much of the sex trade in this country involves people who are forced into it.

“I’m not saying that is the case in this instance, but it is true in many cases across the UK.”

Mr Goodwill added that he was glad that Beck had been convicted, adding: “I don’t want Scarborough to be associated with this kind of activity. It’s a family resort.”

Oh. Not that far from the Balmorals?

"Robert Goodwill MP as minister for immigration at the Home Office"

Van Oord, a leading marine engineering contractor, have had numerous vessels on station in Cornelian Bay since April this year whilst excavating a trench in the seabed and installing the new pipe.

In April and May, the team battled through some bad weather from the east and remain on target to finish the project by the end of July.

The new 2.5km outfall pipe was created in Norway and towed across the North Sea to Teesside docks in sections, each 500 metres long...."

For avoidance of doubt :

"The first of these framework projects, worth £7M, involves replacing the long sea outfall at Wheatcroft in Scarborough which discharges consented waste water from the washing and processing of potatoes into the sea at Cornelian Bay. Van Oord started construction on this 2.5km pipeline in early April."