The Woodland Trust has started a campaign against developers at Raithwaite Hall.  Selective Campaigning or selective memory ...

Interestingly the Woodland Trust have been increasing its hold on public woodland since Govt. policy to privatise UK forests and woodland in 2010.

It seems that just like education and health, stick a word Trust in and Trust means? Privatisation.  Should the Woodland Trust hijack all the UK's hansome forests?

Privatisation by the back door : https://www.theguardian.com/environment/blog/2015/feb/17/privatisation-u...

Except the Raithwaite Estate is Private.

Mind this is a post truth culture so lets have a closer look at what exactly the campaign is about on a local level: 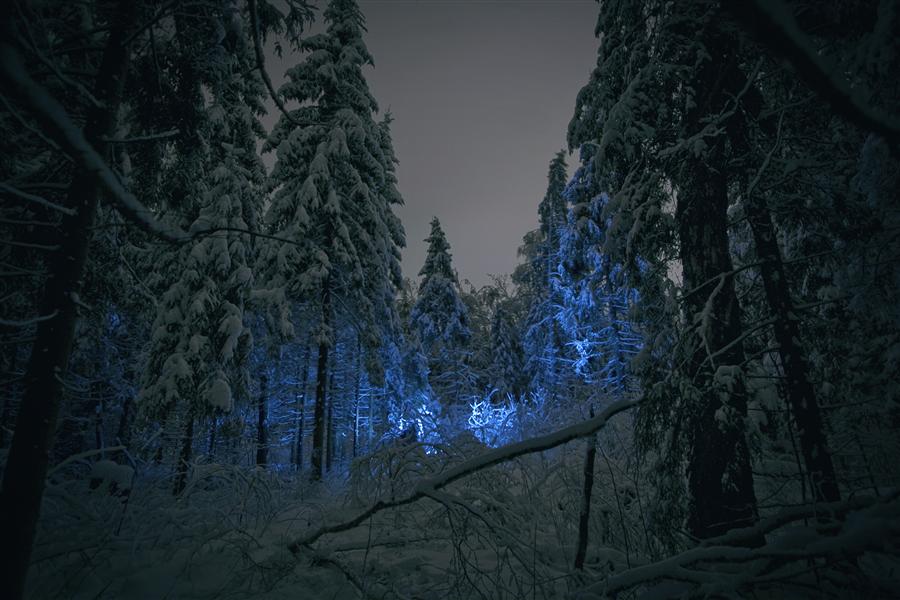 In 2008 : http://www.yorkshirepost.co.uk/news/163-30m-hotel-plan-for-estate-left-b... "... North Yorkshire developers the Skelwith Group had bought the land and would develop it into a five star hotel – with an eye on wealthy Londoners who are expected to fly up by helicopter for weekend breaks.The 30m development, to be complete by 2010, will include a 42 bedroom hotel featuring a state-of-the-art spa and will be a sister hotel to the Skelwith Group's 100m Flaxby Country Club, located between York and Harrogate...."

There are no future plans to develop within the remit of NYMNP.

In 2015 : Skelwith went into liquidation : http://www.thescarboroughnews.co.uk/news/raithwaite-owner-s-subsidiary-g...

Here and now the latest developments:

Public Consultation has been ongoing since September 2016.  Fully aware of the sensitivity of the site local consultations are ongoing : http://www.whitbygazette.co.uk/news/tourism-needs-raithwaite-plan-1-8357297

"A public consultation was held before Christmas to liaise with people, before the application was submitted by the estate. Richard Jackson, chairman of Yorkshire Ventures, who own the estate said that a number of changes were made to the proposals as a result of this consultation.  These include introducing a shuttle bus service to Whitby town centre and proposing a ‘left turn’ lane for those driving into the estate from Whitby. Mr Jackson added that Yorkshire Ventures will be working closely with residents and the borough council as proposals are considered and they “can’t wait to bring this fantastic new development to Whitby.”

Further, the application No 16/02555/FL with SBC has just been validated following extensive surveys and discussion with press notices indicating that public consultation will continue until 3rd March, with a scheduled decision date marked for 13th April.  That said, as 'expert' consultants Woodland Trust were asked to submit their own 'comment' by 8th February. 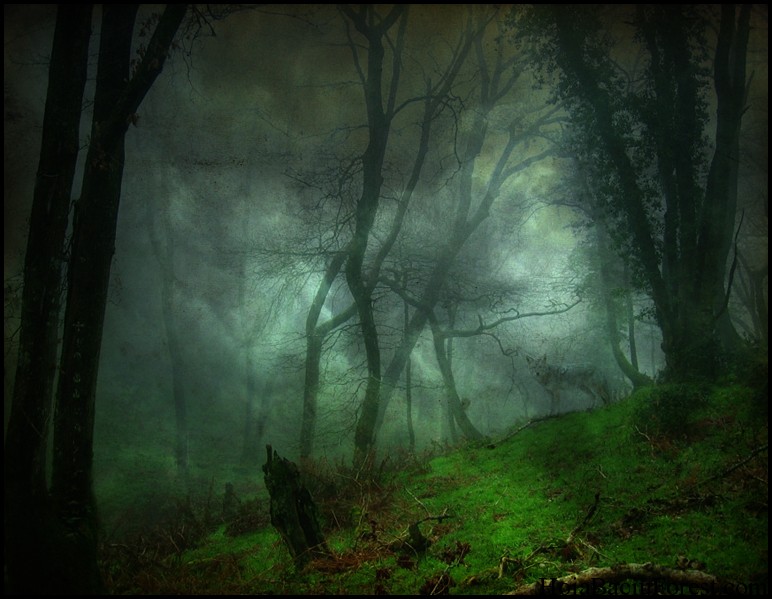 Rightly or wrongly ... the Truth is Out There.

"... Safety concerns for those wielding weapons with slippery conditions underfoot during the evening combat event as well as concerns over the condition in which the ground would be left after the event, have forced festival organisers at JORVIK Viking Centre to relocate the Festival Finale.

"“It was York’s unique waterlogged conditions that preserved the Viking remains in Coppergate for 1000 years, and we’ve learned that there is no way to tame the elements.

With so much standing water on our potential battlefield at Rawcliffe Country Park at the moment, we’ve decided to move the Festival finale back to its recent home of the Eye of York,”

The Festival is organised entirely by York Archaeological Trust, operators of the Jorvik Viking Centre, which re-opens on 8 April 2017 following the December 2015 flooding.

“If there is one thing we have learned from King Canute, it is that no man – king, Viking or otherwise – can hold back the water!”

" ... planning officers at the North York Moors National Park have objected because the stone cottages which would be on the highest part of the prime site, would have an adverse impact on the landscape.

They also say the development would have “an adverse impact on irreplaceable woodland habitats” especially bats...

Park planners add: “The development is substantial in scale and is set in a location surrounded by the National Park. There would be a loss of ancient woodland. New planting, hedgerows, management of retained woodland and adoption of sensitive construction techniques do not alter the fundamental issue regarding loss or deterioration of irreplaceable habitats.”

Ohm thats very interesting cos they ain't on the published list.

"...The plans had been recommended for approval by planning officers but Scarborough Borough Council's planning committee rejected the plans following objections from a number of bodies including The Woodlands Trust and the North York Moors National Park Authority both of which had concerns about potential damage to ancient woodlands.

“We are thrilled that the committee saw fit to ignore their officer’s recommendation and  throw out these destructive proposals which would have caused four hectares of damage and loss to a precious, irreplaceable ancient woodland and the wildlife within it. We would like to thank the committee  and all our supporters who campaigned to save this vital habitat.

While this is  great news for the local area, Raithwaite was just one of more than 700 woods under threat and we need to continue to stand up for trees to ensure they are safeguarded from development threats.”

The Woodland Trust say that the planning application would have affected four hectares (10 acres) of ancient woodland with the wildlife most likely to be breeding in the woods including five species of bats, red listed linnet and amber listed bullfinch. The trust say the wood is full of native tree species including ash, poplar, field maple, lime, oak, elder, hazel and hawthorn. Ancient woodland indicator species found there include redcurrant, bluebell and honeysuckle.

Under planning rules the Raithwaite Estate can appeal the decision."

"AS an enthusiastic tree-hugger – I have been President of the Woodland Trust for more than 12 years – I have found the unhappy saga of Sheffield taking an axe to so many of its roadside trees hard to countenance and even harder to understand.

If the answer to improving your city is to do away with more or less 50 per cent of the mature trees lining your residential streets, perhaps you’re asking the wrong question. Especially as by doing so, Sheffield is trashing its reputation as one of Europe’s greenest cities, just as a few Australian cricketers sandpapering a cricket ball have trashed their country’s reputation for sportsmanship.

United in opposition to Sheffield’s radical tree surgery – or should the word be butchery? – are any number of local residents, national charities, eco-warriors, nature lovers, young and old, Jarvis Cocker, Nick Clegg and the Secretary of State for the Environment, Michael Gove. Quite a coalition, now joined by Gove’s shadow, Labour’s Sue Hayman. All want the destruction to be stopped or at any rate put on hold while a better solution is found.

And like Christmas 1914 on the Western Front, a truce was declared over the Easter holiday, but, as in the First World War, the fear is the battle will resume afterwards.

And battle is the right word, as activists have taken to forming human shields to thwart the chainsaws, and police officers and security are deployed to hold back enraged residents as contractors do their worst.

One of the main aims of the Woodland Trust is to preserve ancient woodland – areas of land on which trees have been growing for at least 400 years. In addition, the trust plants, and encourages others to plant, millions of new trees to increase the overall tree cover in the countryside.

But it is in towns and cities that most people come across trees in their everyday life. The beauty of a leafy suburb is more or less defined by its trees. In more urban areas, plenty of trees take their chance on the mean streets of the inner city, often locked up in metal cages for their own protection.

A haven for birds, and other wildlife, trees improve air quality, provide shade in the summer and alleviate flooding in wet weather. They are good for human health and are a joy to behold. You don’t need to be a tree-obsessive to appreciate the trees you see near your home or on your way to work.

Of course, this comes at a cost. But the cost of keeping long-established trees, as calculated by Sheffield City Council and its contractor Amey, is incredibly high. Or maybe just incredible.

Councillors are determined to remove thousands of mature trees because it – they calculate – is much cheaper to replace them with easier-to-manage whips and saplings. A pretty hard-hearted calculation, in any event, but are their calculations to be relied on, anyway?

Best known of the mature trees facing the chop is the Vernon Oak which has been growing in what is now a quiet cul-de-sac in Dore for about 150 years. Once upon a time it was surrounded by fields. Now it grows hard against the road.

For disturbing some kerbstones and other infrastructure infractions it has been sentenced to death.

Otherwise, the council says, something like £10,000 would have to be spent accommodating its needs to the requirements of road traffic and pedestrians. In a cul-de-sac. Can this be right?

Last week, in a bid to save this particular tree, the Woodland Trust and Trees for Cities released a report, based on independent research conducted by a nationally reputed engineer, which concluded that the Vernon Oak, a healthy tree, did not need to be felled, and required no measures to retain it at all. This makes the council’s £10,000 a wild overestimation.

So how many other healthy specimens have been wrongly condemned, based on similar miscalculations and faulty reasoning? Overall, how can the leaders of a major city find themselves locked into a PFI deal with their commercial partners which results in such wanton destruction of a precious natural resource? Everyone but the council and their contractors is desperate to save Sheffield’s trees. The council just seems desperate.

Trees do need a certain amount of maintenance. They shed leaves every year, which have to be swept up, and trees which are diseased, dangerous or dead have to be cut back or even cut down. But avoiding those costs by getting rid of trees now is to elevate financial considerations above everything else. Plastic trees or no trees at  all might be cheaper still, but I don’t want to put ideas into anybody’s head.

Around the world trees are being lost through climate change, logging and deforestation

Clive Anderson is a broadcaster and president of the Woodland Trust."