As the Day of Acquistion draws ever near tis a chance to take a look at some domestic matters echoing around the Chambers.   Afterawl Christmas is not a thing to be won but a time to consider, be kind, be meek and be humble.   A time for the introverted to stretch out lazily, and the extroverted to show off, as many draw near their nearest and dearest and nest on down to some good old fashioned traditional pomp and ceremony and perhaps draw closure on the year that was, or for many in the wider, was not. 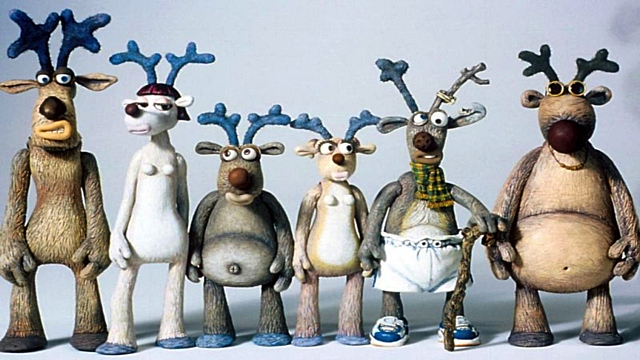 The Borough Council have drawn curtains around some aspects of  domestic bliss, bless:

Bravo.  Fortune may favour the brave, but for the Borough the Benefits team, are working flat out to help, advise and assist.

"Last year we served on average 9,314 Housing Benefit customers processing 2,934 New Claims and 43,340 Changes in Circumstances paying out approximately £39m.
We also provided Council Tax support on average to 11,282 customers processing 3,549 New Claims and 45,806 Changes in Circumstances providing support of £9.4m.
Administered a Discretionary Housing fund of £178,678 last year, now £225,027 in this.
Our Weighted cost per case last year was £13.58 against a CIPFA average of £20.83 per case"
How they Do It:
"We answered 25,286 Phone Calls.
Dealt with 22,386 customers face to face in Scarborough.
Dealt with 4,926 customers face to face in Whitby.
Started to provide Budgetary support for those receiving Universal Credit.
Started recently to deal with Customer First enquiries at Whitby."
With 98% of new claims processed within 14 days of receiving last piece of info, almost 90% of Rent Allowance new claimants paid on time, and a customer satisfaction rate of 91% together with a 97.6% payment accuracy on review thier performance is outstanding.  Bravo indeed.  With a lead team of over twenty years local experience and an average role of 35 staff  serving on the frontline of lesser fortunes tis good to know they know. Statistically.
https://www.youtube.com/watch?v=bESGLojNYSo
Systems Change.   The local office is currently running two systems, concurrently, the Olde and the New, that old favourite Universal Credit (Universal Tax Credit)
"One simple payment
- Paid monthly in arrears
- For people in and out of work
- Working age customers"
Eh?  The combination of six into one:  Housing Benefit, Working Tax Credits, Income Based Employment & Support Allowance, Income Support, Child Tax Credit, Income Based Jobseekers Allowance.
There is a six week delay with the 1st payment being made six weeks after application, it is based on RTI (real time information) (via a national HMRC database) and is for people In and Out of work.
Further for all self employed people a minimum income will be imposed at a minimum wage rate based on full time hours.   There are expected to be 4.5K locally to be transferred into the new UC system to be completed during 2017.
However with the Universal Credit started in 2013 set to be completed by 2017 tis now on its 11th delay, 5 years behind schedule and complete transfer from the Olde to the New is by 2022.   All the sixes... tis indeed a Nightmare before Christmas. .. still, high hopes... and great expectations?

"Limiting the number of dependant additions to a maximum of two for births after 1 April 2017
No automatic Housing Benefit/UC Housing Costs for under 22 year olds April 2017?
LHA cap for general needs social sector rents – put back a year to April 2019"
Full local service is due  for completion February 2018.   Council Tax is not included as this is devolved locally.  With over 1000 per week expected to be completed on-line, there is no face to face.
https://www.youtube.com/watch?v=qrO4YZeyl0I
Ok, so what is the point, why bovver?  ... pay attention to detail:   ".. a Discretionary Housing fund of £178,678 last year, now £225,027"
Use it or lose it.  This Discretionary Fund takes into varying hardship 'factors' and is decided locally.... mind tis not for Bingo, four, for those in deep do do.
Seasons Greetings :
https://www.theguardian.com/world/picture/2016/dec/16/eyewitness-mongoli...
Wishful thinking ...
Ah, so ... Great Yarmouth
****
https://www.scarborough.gov.uk/public-space-protection-order-consultation
https://www.scarborough.gov.uk/home/consultations/housing-strategy-2017-...

Guinea Pigs at the ready ...

"The Conservative government’s controversial universal credit scheme may face an investigation. Great Yarmouth Borough Council has called for the probe after its pilot of the scheme had drastic consequences: it is making people homeless."

One of the local councils piloting the roll-out of Universal Credit (UC) has written to the DWP asking for the immediate suspension of the housing benefit element of the system due to adverse effects on local residents, particularly homeless applicants.

In a cross-party letter to work and pensions secretary Damien Green, Great Yarmouth Borough Council said that private landlords have been forced to start evicting tenants who receive UC due to delays in their receiving payments.

The council, made up of Conservative, Labour, UKIP and independent councillors, expressed “deep concerns” about the roll-out of UC and called for an “urgent” investigation into its impact. The letter was also copied to the Civil Service head of UC, Neil Couling, and Great Yarmouth’s MP Brandon Lewis.

“It is in everyone’s interests to ensure that the implementation of UC happens as smoothly as possible. The borough council is working closely with partners, including JobCentre Plus, to support people through the transition,” the letter read.

“However, since the roll-out began in April, councillors have been faced with growing evidence about the way the process has been managed which is causing major concern for landlords and councillors, as well as unnecessary stress and anxiety for claimants who are left without income for a significant period of time,” it continued.

Councillors asked for clarification as to why Great Yarmouth had been selected as one of the pilot areas for UC in spring last year considering the high deprivation levels of some of the borough’s wards, with some people relying on benefits as their main or sole source of income.

With some UC claims taking over eight weeks to process, the letter explained that private landlords have started to evict UC tenants or reject the notion of taking on UC tenants.  The council noted that its own social housing rent arrears have also increased since the roll-out, which the council noted was “against a trend in previous years of falling arrears”.

Local landlords told the council that they are most concerned by “a lack of communication” from the DWP, particularly in relation to UC47 requests which allow landlords to request payment directly from a tenant’s UC if the tenant is struggling to pay rent. The council therefore urged better contact from the DWP to avoid further homelessness and unnecessary pressure on local organisations.

A DWP spokesperson downplayed the importance of the letter, calling the link made by the council between rent arrears and welfare reform “misleading”.

“The reasons for rent arrears are complex and to link it to welfare reform is misleading,” the spokesperson said. “Universal Credit is transforming lives with people moving into work faster and staying in work longer than under the previous system. It is designed to mirror the world of work by giving people responsibility over their lives, and paying Housing Benefit directly to claimants is an important part of this process.

“We work closely with local authorities to ensure that claimants are fully supported and rent can be paid directly to landlords for people who need extra support.”

"The government is to introduce a £60m annual fund to help areas of England with high levels of second-home ownership to "tackle the problem".

The money, to be shared by 150 councils over five years, will go into providing "affordable" housing for first-time buyers in places where demand is high.

The money has been raised through increases in stamp duty.

Housing Minister Gavin Barwell said this would help those who struggle to get permanent accommodation.

One-third of the money will go to south-west England.

This area, according to the government, accounts for 21% of all second-home ownership in the country.

Councils will distribute their share of the money to community groups to invest in building and the development of housebuilding skills.

The South East will get £11m, the East of England almost £9m, Yorkshire and Humberside £6m and the North West almost £6m.

Smaller sums will go the East Midlands, London, the West Midlands and the North East.

The government says second-home ownership is at an "all-time high" and is "crowding out" first-time buyers by artificially raising prices.

The Department for Communities and Local Government reports that there were 340,000 second homes in England in 2013/14, its most recent figures. This constituted a rise of 98,000 in five years.

Mr Barwell said: "The high number of second homes can be a frustration for many who struggle to find an affordable home in their community.

"This new fund will help tackle that by boosting supply and making sure community groups are at the heart of delivering new homes, so that this is a country that works for everyone."

During the first year of the scheme, funding will focus on improving skills and reviewing housing needs in different areas.

It "must then be used to deliver housing on the ground for local people" during the second year.

Labour said the money was a drop in the ocean for the most-affected communities."

The LGA report said: “Many first-time buyers across the country, and in particular in high value areas like London, are therefore dependent on help from the ‘bank of mum and dad’.

“Home ownership for younger generations is increasingly determined by the extent to which their parents benefited from previous housing market booms...”