http://www.bbc.co.uk/news/world-europe-37895581 "The leaders of Cyprus are holding UN-mediated talks in Switzerland aimed at reuniting their divided island. UN Secretary-General Ban Ki-moon is at the Mont Pelerin resort for the talks. He hopes to broker a deal before he steps down at the end of the year. A previous UN peace plan for Cyprus was rejected by Greek Cypriots in 2004. Cyprus President Nicos Anastasiades will discuss tough security and territorial issues with Turkish Cypriot leader Mustafa Akinci over five days." 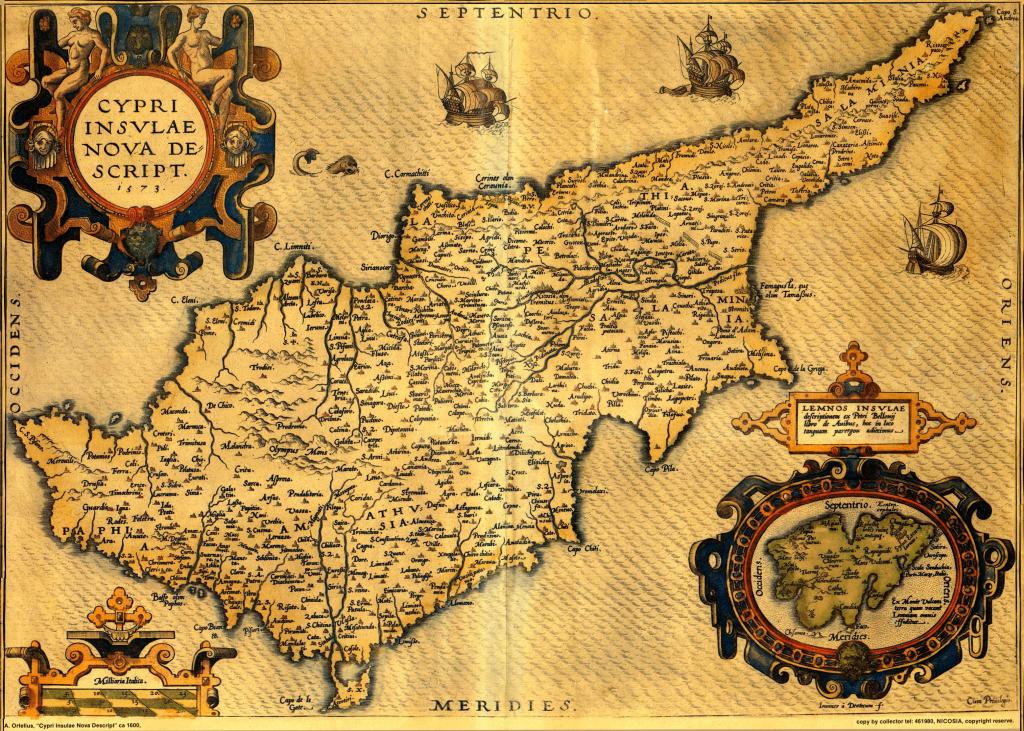 http://www.dw.com/en/cyprus-peace-talks-open-in-swiss-resort/a-36287331  "But on Monday five days of negotiations open at a luxury resort outside Lausanne are expected to zero in on territorial disputes which have fuelled more than four decades of discord between the island's Greek and Turkish communities. "The prospect of a solution in Cyprus is within their reach," UN Secretary General Ban Ki-moon told reporters as the negotiations got underway in Mont Pelerin, Switzerland.  The talks began 17 months ago between Greek Cypriot leader Nicos Anastasiades and his Turkish Cypriot counterpart, Mustafa Akinci. UN chief Ban Ki-moon has made clear he wants to see a final, enduring deal reached before his term expires at the end of the year. "Disagreements remain on issues which have been discussed," Anastasiades told reporters. "Important ... security and territorial issues - which are decisive - have not yet been the object of any substantive dialogue." The last peace efforts collapsed in 2004 when a proposal worked out by then-UN chief Kofi Annan was accepted by most Turkish Cypriots, but resoundingly rejected by Greek Cypriots in twin referendums.

https://www.theguardian.com/world/2016/sep/24/hopes-high-about-once-in-a... "...For Turkish president Recep Tayyip Erdoğan, whose ties with the west have become increasingly strained since his wide-ranging purge of perceived participants in July’s attempted military coup, a Cyprus settlement could be extremely advantageous." 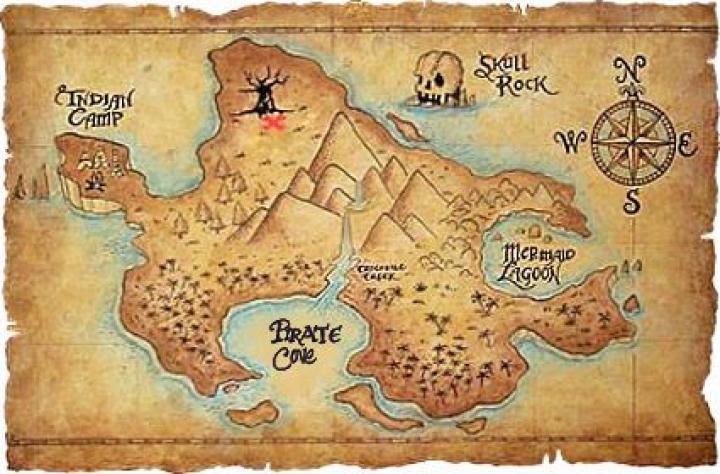 Crawls back into cave.

"Last week, prime minister Alexis Tsipras, without consulting his euro zone lenders, announced that his government would provide a special one-off benefit payment to pensioners earning below €800, in a new spending measure that will set the Greek Treasury back €617m.

The move, which was followed by an additional special VAT tax exemption for Aegean islanders yesterday, flies in the face of the stringent conditions laid down by the country's creditors, who have set targets for Greece to reach a primary budget surplus of 3.5pc in 2018.

"The institutions have concluded that the actions of the Greek government appear to not be in line with our agreements," said a spokesman for Eurogroup chief Jeroen Dijsselbloem, the head of the 19-nation eurozone club which oversees Greece's massive  €86bn bailout.

There is "no unanimity now for implementing short-term debt measures," he added.

Following the news, yields on Greek 10 year treasuries surged, while the Athens stock exchange declined by over 3pc...."

"Greece and Turkey “still need a lot of work” to settle deep divisions over Cyprus as the leaders of the divided Mediterranean island prepare for a final push in reunification talks, the UN chairman of the negotiations has said.

The prospects for a deal over Cyprus’s four decades of division have risen after Greece and Turkey were invited to join the negotiations next month in Geneva.

But Espen Barth Eide, the UN special adviser on Cyprus, said after meetings in Athens and Ankara that work was required to align their opposing views on security arrangements for the island.

“In both countries I felt a positive approach to work in that direction,” Mr Barth Eide, a former foreign minister of Norway, said. “But we’re also trying to overcome a conflict that has been around for half a century and we cannot expect this to be easy.

“It looks credible when they tell me that getting Cyprus into a stable situation will help when they look at all the other issues they have.”

Cyprus has been split along ethnic lines since 1974 when Turkey invaded and occupied its northern third in response to an Athens-inspired coup aimed at uniting the island with Greece. Only Ankara recognises the breakaway Turkish-Cypriot state. The Greek-Cypriot state is a member of the EU.

Among the most sensitive questions to resolve are arrangements for the withdrawal of some 35,000 Turkish troops from the island.

The talks between Nicos Anastasiades, the Greek Cypriot president, and Mustafa Akinci, his Turkish Cypriot counterpart, have been under way since May 2015. They are discussing the creation of two constituent states to run most of the island’s affairs within an overarching federal framework.

International observers believe these engagements have opened up the best opportunity in generations to reunite Cyprus.

“I personally think that it is the last chance,” said James Ker-Lindsay, senior visiting fellow in the European Institute at the London School of Economics and author of several books on Cyprus. “If this falls apart I don’t think we’re ever going to see two leaders who have had the experience of living in an undivided Cyprus.”

The negotiation hit a roadblock in November when Mr Anastasiades and Mr Akinci failed during talks in Switzerland to settle on an exchange of territory between their communities. Despite significant progress on new political arrangements, the two leaders are also divided over proposals for a rotating presidency for the unified island.

However, they agreed to hold further talks in Geneva in January when they will present their “respective maps” for territorial exchanges. If agreement is reached on territory and political power-sharing, Greece, Turkey and Britain are ready for a special conference to try to resolve security questions.

Any deal requires the support of these three countries because it would replace treaties dating from Britain’s withdrawal from the island in 1960, giving the three countries a right of military intervention in Cyprus.

Bridging divisions between Greece and Turkey was still a work in progress, said Mr Barth Eide.

"Cyprus’ surface water has increased by an eye-catching 90% over the past three decades, a new European Commission co-produced mapping tool has found.

Specifically in Cyprus, surface water has increased from 8km², 32 years ago, to 15km² today, mainly due to the construction of dams.

The Global Surface Water Explorer is a recently developed online interactive mapping tool that will soon be accessible to everyone and which aims to improve European and global policies for example on climate change and water management.

The maps, developed by the Commission’s Joint Research Centre and Google Earth Engine, highlight changes in the Earth’s surface water over the past 32 years.

They show that, although the overall amount of surface water has increased globally, important losses have occurred in specific regions of Asia.

The maps reveal that many of these changes are linked to human activities such as the construction of dams, river diversion and unregulated water use. Other changes can be attributed to climate change impacts, including droughts and accelerated snow and glacier melt caused by higher temperatures and increased rainfall.

While the maps show an increase in surface water across Europe due to dam construction and changes in surface water management and storage, parts of Asia have recorded important decreases. Over 70% of the net loss is concentrated in just five countries: Kazakhstan, Uzbekistan, Iran, Afghanistan and Iraq.

On the occasion of the tool’s official launch this week, Commissioner for Education, Culture, Youth and Sport, responsible for the Joint Research Centre, Tibor Navracsics, said, “This new tool is a goldmine. Large amounts of data are generated every second by satellites. However, turning data into knowledge has long been a challenge.”

“This initiative of the Joint Research Centre and Google Earth Engine has enabled satellite data to be translated into a user-friendly tool that is both accessible to citizens and will help policy makers across the EU and the world take informed decisions.”

"A historic effort to end the division of Cyprus begins in earnest on Monday when Greek and Turkish community leaders resume reunification talks ahead of a high stakes multilateral conference, the first since the island’s partition 43 years ago.

After 18 months of intensive negotiations to settle inter-ethnic divisions, attempts to finesse the details of a peace deal will see Nicos Anastasiades and Mustafa Akıncı pore over maps and discuss territorial trade-offs before tackling the potentially explosive issue of security.

"For an island the finer skills of peacemakers has long eluded, the talks are seen as a defining moment in the arduous process of resolving what has long been regarded as the Rubik’s cube of diplomacy.

Ahead of the meetings, the new UN secretary general, António Guterres, called the coming week a historic opportunity. In Nicosia officials on both sides of the buffer zone spoke of “the best and last chance” for a settlement. Other experts described the talks as the endgame.

"“This is the final phase of the final phase,” said Hubert Faustmann, a professor of history and political science at the University of Nicosia. “It will be the first time since 1974 that Turkey and the Greek Cypriots will hold direct talks at the negotiating table.”

A week of fierce horse-trading lies ahead before before Greece, Turkey and Britain, the former colonial power – the island’s three guarantors under its post-independence constitution – convene on 12 January to address the issues of troop presence and security in an envisioned federation. Both are seen as crucial to ensuring 1974 is never repeated.

“It is a classical final stage of negotiation,” said Faustmann. “Issues that neither side could agree on and have been kept pending will now be interlinked.”"