There must be very few people who haven’t heard something about ‘fracking’ or, to give it its full name, ‘hydraulic fracturing’.

Fracking is heralded by Government, Operators and the mainstream media as ‘nothing new’ as it has been used in oil and gas exploration over several decades. That’s true in relation to fracking but fracking is not shale gas fracking! Opposition, strong opposition, is against the latter not the former. Indeed, Shale Gas Fracking is currently banned in countries such as France and Germany!

So what’s the difference? In a nutshell, fracking for shale gas is far more aggressive and far more intrusive than is conventional fracking. Furthermore, it is far more demanding of our resources.

‘Resources’ relates to a whole series of concerns and in this article there is only room to deal with one or two.

First of all, we have the operating site itself, called ‘the Pad’. There’s no getting away from it, the Pad is an eyesore generally located, as it tends to be, in a rural location.

However, if we are to rely on the spoken word, the EU estimates that, on average, a Pad will be approximately 3.7 hectares, about 8 acres, or something like 7 football pitches set out side-by-side.

The visual evidence of the extent of Pads that are actually in production, in both the USA and Australia, can be seen on the Web to cover what appears to be much greater surface areas.

Each Pad has the proven capacity for up to 10 wells, each one likely to be fracked several times. Pads do not stand alone; they are cloned in great numbers estimated at some 8/10 per square mile and, as can be imagined, this can and will have a devastating effect on the rural vista.

Why so many? The answer to that is there is a need to follow the source. Conventional oil extraction tends to source subterranean ‘lakes’ from which it is relatively easy to extract the gas (or oil). There is sometimes a need to frack (I’ll refer to this later) but this will be into permeable (ie ‘soft’) strata and the fracking will be a minimal requirement. ‘Shale gas fracking’ on the other hand, is a much tougher proposition.

Shale gas exploration has faltered, up until recent times, due to the fact that extraction has not been seen as a viable proposition. However, improved technology and the huge increase in the price of hydrocarbon products has meant that it is now regarded favourably by Governments and Operators alike.

Shale gas has been difficult to extract due to it being located in very compacted (ie ‘tight’) strata. Extracting gas from tight strata can be likened to sucking the juice from an ice lolly. You can suck the top of the lolly until you can suck no more but you can only extract a small volume of the juice – the ice is too compact to achieve anymore from the top. Do you give up? Of course not, you just start sucking elsewhere on the lolly to get at the remaining juice!

This is very much what happens with regard to shale gas fracking. Once a fracked bore has been ‘sucked’ dry the operator, with the knowledge that there is more ‘juice’ nearby, will either frack in the same well in a different direction or sink another well nearby – he’ll make sure he taps into the remaining ‘juice’.

Likewise, what normally occurs when the particular Pad has been sucked dry is that the operator will develop another Pad nearby to access the gas field and so it progresses, from Pad to Pad as I say, up to 10 Pads per square mile.

So what actually is ‘Fracking’?

‘Fracking’, applied to the existing process, is a means of extracting conventional gas (and oil) by vertical drilling from relatively shallow soft, permeable strata. It is a fairly innocuous procedure sometimes requiring minimal fracturing of the strata and, compared with Shale Gas Fracking, relatively small amounts of water and sand.

‘Fracking’ or fracturing is achieved by discharging explosive charges at the terminal point of the well bore. The explosions penetrate the strata creating the fractures. Fluid, mainly fresh water, is then pumped in so as to expand the fractures and the sand in the fluid props them open. The gas can then flow to the surface for storage.

‘Shale Gas Fracking’ and ‘Fracking’ are two entirely different beasts, which even the Department of Energy & Climate Change admit!

Conventional fracking requires only vertical drilling, at a shallow depth. Shale Gas Fracking demands drilling at a much greater depth, often in excess of 4 kilometres depending, of course, on the location of the target strata.

Furthermore, and here is one of the main differences, once the target strata is ‘hit’ the drilling redirects to the horizontal and will progress for several hundred metres to it’s terminal point. It is here that ‘fracking’ will occur when explosive charges are discharged through pre-positioned exit points in the well casing, fracturing the strata.

Once the explosive materials are withdrawn, huge amounts of fluid are pumped in at incredibly high pressure (up to 15,000 psi). The European Union estimated average volume is in the region of 5 million gallons for each frack. This fluid is comprised of approximately 99.5% sand and fresh water and 0.5% chemicals (required to lubricate the fractures to enable an easier flow of gas) and as much as 60%, some 3 million gallons, of this is not recovered and remains underground to migrate to who knows where!

Most of the chemicals are said to be benign but some are regarded as toxic and others carcinogenic.

So what, some might say, it’s only 0.5% yet that figure represents some 25,000 gallons of chemicals on each average frack, based on the above figures, with some 15,000 gallons not recovered!

Site preparation, exploration and production cover a period of several months operating 24 hours, 7 days each week during which time activity is continuous.

How is the fluid delivered to each site at the rate of 5 million gallons each frack?

There are few, if any, pipelines so the only means must be by tanker. The average tanker will contain 30,000 litres and that divided into 5 million gallons works out at some 766 vehicles (in fact, vehicle movements) and that’s just delivering the stuff! Add to that the construction process, the removal of vast amounts of waste and the gas/oil itself and the disruption and, potentially, the damage to the roads and rural environment generally will be enormous.

It will also be the case that there is potential damage to domestic water supplies, having regard to the vast amounts of fresh water required by this industry. This is a concern that is troubling, amongst others, UK Water, which is the umbrella organisation for the water industry. Disposal of waste water and other contaminated material also poses the water industry a serious problem.

This is just the tip of the iceberg and represents, perhaps, the more obvious effects of Shale Gas Fracking but there are many more issues that raise concerns about this industry, such as, the value of the purported benefits, the lack of regulation, the adverse effects on public health, subsidence, property values and so on. Unfortunately, there is insufficient space in this article to cover them. 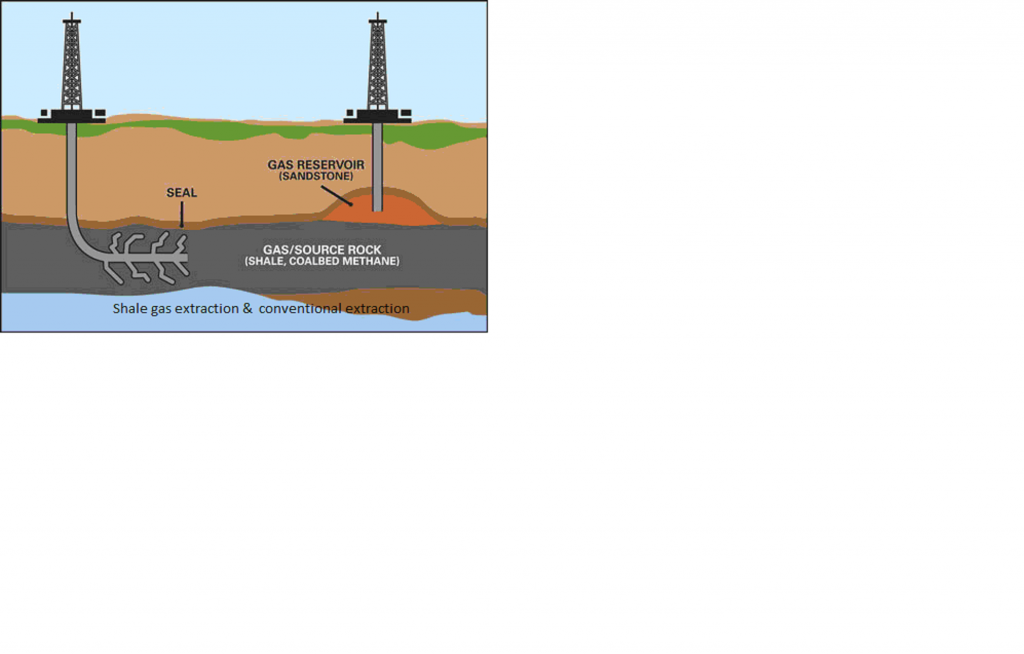 watch this: (GasLand 2010) written and directed by Josh Fox: https://www.youtube.com/watch?v=96AEzQYangE#t=540