Dalby Offshore have succinctly summised the Endeavour Wharf project to where it is at:

"Dalby Offshore Services is working with Scarborough Borough Council to promote the Borough - and the ports of Whitby and Scarborough in particular - as a great location to establish offshore wind operations and maintenance activity.

Following an open tender process, Dalby Offshore Services Limited were identified as the Councils preferred tenderer for the development of Endeavour Wharf, Whitby.

Dalby now proposes the establishment of a centre to undertake personnel and equipment transfer, vessel management operations and vessel servicing activity. We are also proposing the inclusion within the development of an offshore renewables information / visitor centre which will be open to the public.

Whitby Port has a unique selling point, being geographically important to offshore wind developments in the North Sea and has the potential to provide excellent facilities to service the O&M industry.

It is open to the sea with no locks and has existing port infrastructure and water depth suitable for the handling of the next generation of larger service and maintenance boats suitable for the longer transit distances. Previously the Port accommodated 24 large trawlers as well as other port users and Endeavour Wharf itself handled 300 cargo vessels movements per year and over 150,000 tonnes of cargo. These days the port has limited trawler activity and no cargo or cargo vessels. There is ample room to accommodate this development and to provide a much needed boost to the port capacity on the East coast.

Dalby Offshore Services is committed to bringing forward a high quality proposal and have held a number of very successful stakeholder consultations to gather initial views on operational and design issues.

We are now recruiting a team of architects and will be undertaking full public consultation in the coming weeks.

We hope to have undertaken the majority of the consultation and development work for this scheme by the spring of 2015, with the ambition to have the proposals implemented and operational by the beginning of 2016."

A good starting point, as it will be coming up on the planning agenda shortly.   Hmmm    OK so what are the issues: looking at the 'map' it appears this development is in prime Whitby tourist territory.  Erm, central not peripheral. (Thats the railway station to the left)    This 'site' map is slightly larger that the Dalby one but hey ho? 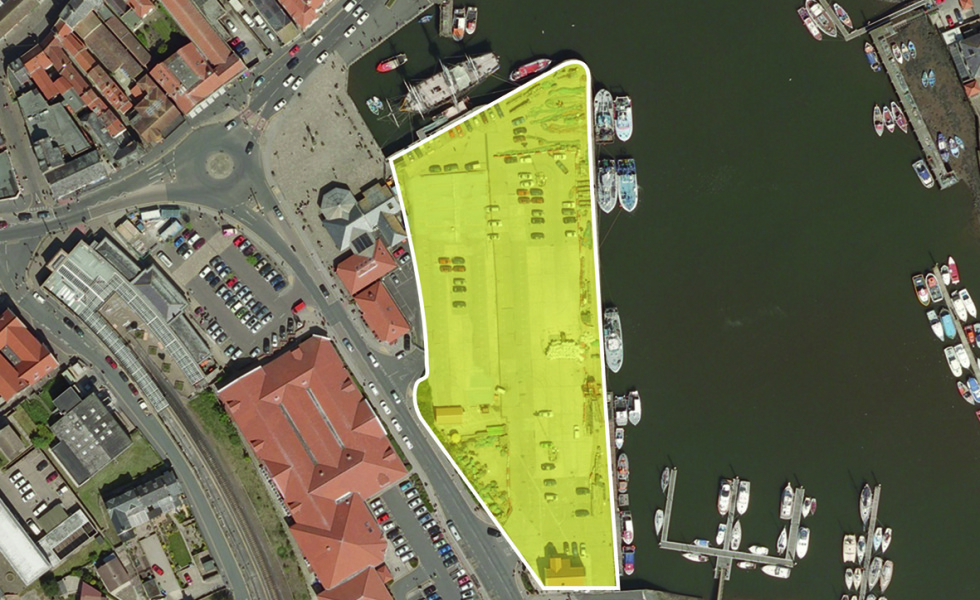 Anyhow heres a rather neat website to put the 'development' into context; (WSOSW) - wow - like that (willbewas) ...  Whitby Save our Souls Whitby ?

Will there be a planning application?

No, this is unlikely, unless the proposals change.

One of the pass fail criteria of the invitation to tender was that only permitted development activity would be considered. The outline proposals as they currently stand are within the definition permitted development. i.e. they’re in line with the undertakings of a port and are associated with the transfer of persons, equipment and cargo etc. onto vessels.

However prior to any permitted development application, given the sensitive environment in which this proposal is to be located and the possible implications this may have on stakeholders, the Council’s Development Control service is calling for the tenderer to undertake meaningful consultation with stakeholders and the community; and to demonstrate that any proposals do not detract from the environment in which they are to be established.

Hmm so when were the public consultations?

Here is an oldie but ... some pepes have been trying to get ther hands on the Wharf etc for some time :- ) http://www.yorkshirepost.co.uk/news/main-topics/local-stories/sham-storm... "CAMPAIGNERS fighting a marina development in Captain Cook's old port of Whitby are taking their battle to the Local Government Ombudsman, claiming the consultations on the scheme have been a sham. ... There is also concern about how the new-look marina will affect Whitby's bid for World Heritage status." - Did they get that?

Indeed it is prime development site - in the heart of Whitby - tis one thing having the Endeavour docked but erm ...  in case you missed it: 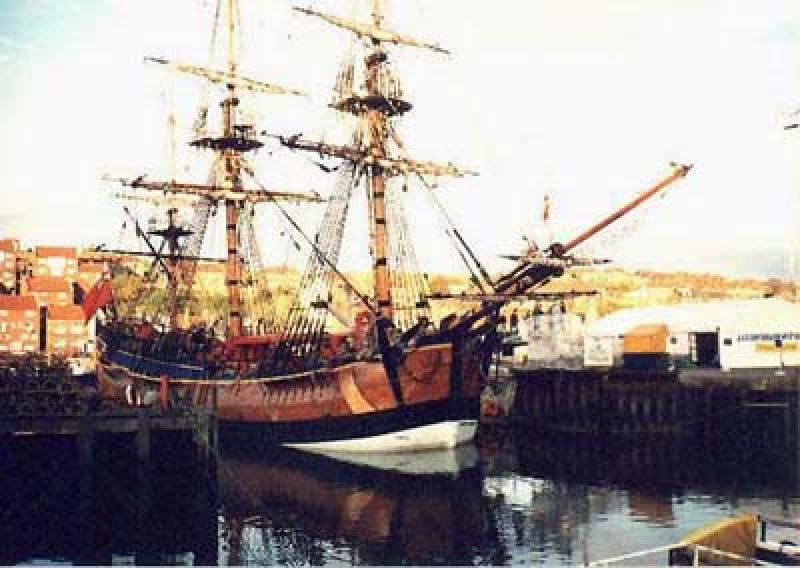 Evidently this development will change the very 'heart' of Whitby ... still can't find the public consultation (external to stakeholders) ....

back to the beginning ...

Yep, its still very much on the radar ... just skirting around some of the erm 'peripherals' ... will be reporting on a council presentation by Dalby Offshore last week and will be checking out some erm 'protocols'  before posting.

So far gonna say there will be further public consultations in Whitby, had a peek at the proposed new buildings and, erm it is quite exciting and ongoing.

Not long to sweep the decks :-))  https://www.youtube.com/watch?v=yK2JLjRl78E

"...Again I feel her deck heaving beneath my feet and I hear the creak and groan of her timbers. Once more I taste the wind-whipped spume stinging my lips as she dips and plunges her bluff bows into a mounting sea and I hear the crack of the rigging and the snap of her sails.

And those smells! Tar and tabaccy, timber and rope, the hogs and the goat! Yes, it all comes flooding back to me - the light airs and slack sails or the tempests screaming in the rigging.

The ocean - tossed and grey and hungry - or blue, benign and fair. The sea, sun-sparkled silver or flashing phosphorescence by night. I hear the bells toll the watches, the first and second dogs, the hot forenoon and the long darkness of the midnight middle watch.

"Six fathoms on a sandy ground," cries the leadsman and I hear the bosun pipe shrill the order, "Let go for'ard anchor!"

In my mind's eye I see again the green balmy palms of Otaheite, the ice and snow of Tierra del Fuego that froze Bank's servants: New Zealnd's "prodigious" cloud-shrouded and snow-strewn western peaks, smoky Pigeon House Mountain, Mount Warning and the glistening glasshouses and the many coloured sand cliffs where the sinuous sea snakes swam.

"I remember those giant stingrays we caught in Botany Bay where the parrots shrieked and dazzled us with their colours. There are our prize turtles that the natives tried to steal where we saw those peculiar leaping "kangaroos".

But most of all I can see the people and their faces - how they all come back to me! Our adventures and dangers, our quarrels and laughs! And ooooooh! The women of Otaheite! How welcoming they were, how beautiful and how amorous! The jealous duel that caused between some of the crew! The deserters who wouldn't leave their "wives".

I can hear the thump of the cannon and smell the burnt powder when we had to rescue young Tayeto from the cannibal kidnappers. How strange it was too when the native fishermen ignored our arrival in Botany Bay but their two friends on shore opposed us so vigorously with sticks and stone that we had to fire musquets at them. We buried poor old Forby Sutherland there too.

And yes, the dangers and deliverances! That night in The Bay of Islands when she suddenly shuddered on a rock in 17 fathoms but luckily bounced free. That clear June moonlit night - again in 17 fathoms - when with no warning we suddenly struck and stuck fast on the coral reef. How the captain in his night shirt calmed us with his competent control.

"Haul in the sails! Hoist the boats! Lighten ship and loose the cannons! Man the pumps and run out the anchors! We'll try and winch her clear!"

And 24 hours and two tides later how she finally hove free, a great lump of coral blocking the worst of the damage, thank God! How Monkhouse "fothered" the hole with a topgallant sail and sheep dung and how we finally came safe to Endeavour River for repair.

Wooden ships and iron men! Ah, Bark Endeavour, what adventures you gave us ... and how little we thought we were birthing a new nation!"

"I think we have to be careful because if it is the Endeavour, she will have been under water for 200 years and wood doesn't, you know, fend too well."