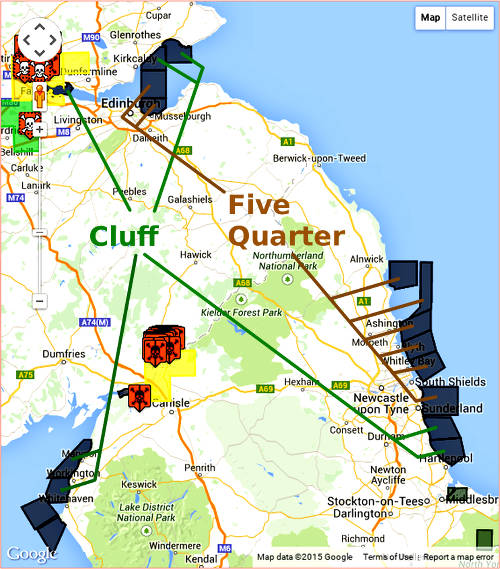 "In a move similar to the PR-inspired renaming of Windscale to Sellafield (as part of the Thatcher Government's promotion of new nuclear plants), today you're as likely to see UCG referred to as 'deep gas winning' - perhaps to avoid any similar reference the previous environmental disasters in its recent history."

"For the last couple of years the environment movement has been busy with 'fracking' and its ecological woes. At the same time, quietly, and with no public discussion, the Government has been putting in place a system of licences and financial assistance to kick-start a UCG industry in Britain.

"There's an awful lot of coal underground - potentially trillions of tonnes under the North Sea - which are out of reach of conventional deep mining techniques. The 'unconventional' techniques of UCG allow access to this coal by drilling boreholes, gasifying the coal in-situ underground, and then bringing a mixture of gases - called 'syngas' - to the surface.

Syngas is made up primarily of hydrogen, carbon monoxide, methane, and a whole range of other (often toxic) hydrocarbons and inorganic compounds, similar to the town gas produced in Britain from the early 1800s until the 1970s, which gave rise to some of the most problematic contaminated land sites in the country."

who Mobbs claims are receiving UK Govt, and EU Funding.

The BGS on how CO2 can be stored: 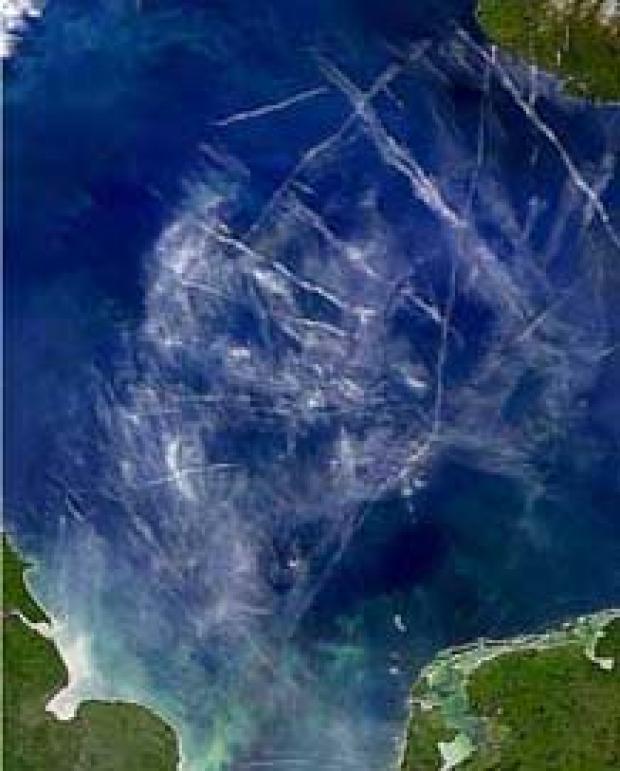 So,  is the £300mil EU funding for CO2 storage off the East & North Yorkshire Coast purely for DRAX and the Whiterose project as claimed or is it to pave the way for UCG along our coastline?

If so what implications would UCG have for Doggerbank Windfarm? Are those oh so environmental (not) windturbines going to be used to generate the heat for Underground Coal Gasification?

And what about the fish? 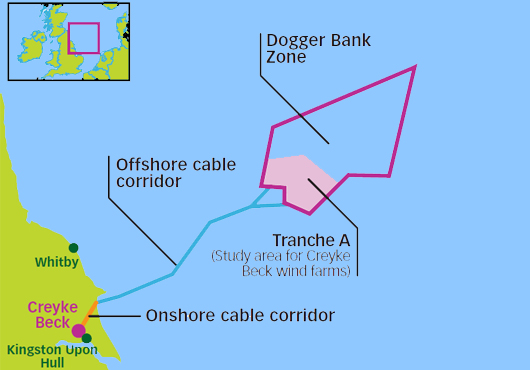 "Forewind believes that coexistence - the joint presence of both offshore wind development and fishing industries on Dogger Bank - can be achieved. Effective and meaningful consultation – with the aim of avoiding or reducing impacts - is integral to achieving sustainable coexistence.

This includes: endeavouring to understand potential concerns and objections; maintaining a productive working relationship with all fishing stakeholders and providing necessary information to allow them to work safely; utilising sources of fisheries information that will contribute to the Environmental Impact Assessments, and complying with existing guidelines in respect to fisheries liaison.

Forewind has published a Fisheries Liaison Plan to present our approach to liaison and consultation with the fishing industry in association with the development of offshore wind farm projects, including cable corridors and landfall sites.

In addition a fisheries specific newsletter - Fisheries Update - will be regularly produced and editions available for download."

From their Fisheries Liaison Plan: "Forewind believes that the fishing industry and offshore wind farm development can co-exist at Dogger Bank. Forewind does not intend to apply for restrictions on fishing activity within the wind farm areas post construction, with restrictions being limited to the construction phase only. The most sustainable approach to coexistence is to avoid and reduce impacts. However in some cases mitigation, including methods of mitigating disruption, will be the most appropriate."

Fish -  move out of the way

Fishing Industry - move out of the way

Offshore Oil & Gas - move out of the way

Cargo ships - go the other way

ZAP - does or has anyone bothered to read this stuff? http://www.forewind.co.uk/uploads/files/zoc_121010.pdf

'Cos if they did they may come to the conclusion that the fishing industry along our coast is near extinction and non-existence with 'support vessels' to the oil, gas and wind industry being the order of the day ...

"Haddock and chips could become a thing of the past as the North Sea gets warmer, according to new research.

Fish such as haddock, plaice and lemon sole could be off the menu because of rising sea temperatures.

In the last 40 years the North Sea has warmed four times faster than the global average and further warming is predicted over the coming century, which has led scientists to study how this will impact on commercial species.

Fish distributions are limited by water temperature and some species can only thrive in certain habitats and depths.

Researchers developed a model that combined long-term fisheries datasets and climate model projections from the Met Office to predict the abundance and distribution of the UK’s favourite fish over the next 50 years.

The team found that as the North Sea warms some species of fish will have little capacity to move northwards to avoid warming temperatures, as habitat of a suitable depth is not available.

Due to higher temperatures, many of the species studied are predicted to reduce in relative abundance.

Dr Steve Simpson said the findings are important for both consumers and the fishing industry."

thin on the ground :

"A highly polluting method of extracting gas has been effectively killed off in the UK after the government said it would not support the technology...

"The review by consultants Atkins said if power stations used gas from the method, it would be 40-100% dirtier in terms of CO2 emissions than burning gas from the North Sea and imports. Exploiting all the UK’s coal reserves would release the equivalent of 24 years of the UK’s total greenhouse gas emissions.

"The Atkins review, published on Thursday (pdf), found that burning gas to make electricity from UCG would result in emissions of 570-785g CO2 equivalent per kilowatt hour, compared to 400g for natural gas normally..."