Last week Leeds based businessman Jamie Hudson submitted a detailed plan to Scarborough Borough Council proposing a new business model which he claims demonstrates how the theatre can be re-opened and run without financial subsidies.  Speaking of the new proposal, STAG spokesperson Patricia David posted on Facebook:

"This week has seen a time-consuming, pointless diversion in the form of a company who had, unknown to us, decided to put in a bid to take over the Futurist and raised a lot of hopes totally unnecessarily."

"He [Jamie Hudson] did not know anything about us and what we are doing and not unreasonably thought he was on a mission to save the building. However he was informed on Sunday last, when he contacted the Save the Futurist Campaign, official Facebook site that there was no point in putting in the bid, because legally the Council cannot accept it, or enter into any discussions, because they are now in discussions with a preferred bidder and in any event the closing date for bids was last August 15th."

"He put it in anyway and sent out a Press Release to this effect. He caused us and themselves no end of trouble, when, of course, it appeared in the public domain."   After several people questioned the statements posted on Facebook Patricia David replied: "Problems are arising as a result of two groups actively working towards the same goal without actually knowing it was happening, so there was no common ground of understanding between us."

"Our own group has been working on a not dissimilar but much larger development Plan for several years and have got a fully fledged Business Plan which some Councillors already know about. This has not yet been seen by the Council per se, for the same reason as Jamie Hudson's cannot."

"Jamie Hudson knew nothing about us, or what we have achieved and the amount of time and personal money we have invested over many years to get us to this situation. It is very early days and we are looking for a Theatre Operator to work with our projected Business and time will tell how this pans out with Hudson's Company or any other for that matter."

"We both had a Plan and objectives and a modus operandi with which we are proceeding and it has been important to bridge that gap and/or create a common ground."

"My comment was one based on the problems this was creating and how much time and emotional energy we are all having to apply in trying to sort it, and create an operational platform on which we could move forward in whatever best way becomes appropriate when we have not yet even met! In no way was it intended as a criticism of the Futurist Light and Sound Co."

Qalypso's comment : And the Council's secret weapon is ?  Patricia David.

Since then Patricia David has responded via a carefully crafted letter appealling to the 'ballot box' via a media source that discredits the Council at every opportunity.

Following a statement by Council Leader Tom Fox, on Friday, some flurry followed:

YCR 96.2fm:  "A future for Scarborough's Futurist has been ruled out by the council.

Leader Tom Fox has told councillors the cabinet will not consider a submission by Leeds-based businessman Jamie Hudson to refurbish and re-open the venue by next year.

He says their agreement with developers to progress with 'in principle' plans to build Flamingoland coast still stand, which involves knocking down the building.

Mr Fox says engineering reports and costings for the demolition are still in progress, which is why the subject, which needs approval of the full council, hasn't appeared on today's agenda as some were expecting."

Also reported in the SN: http://www.thescarboroughnews.co.uk/news/local/breaking-futurist-bid-wil... 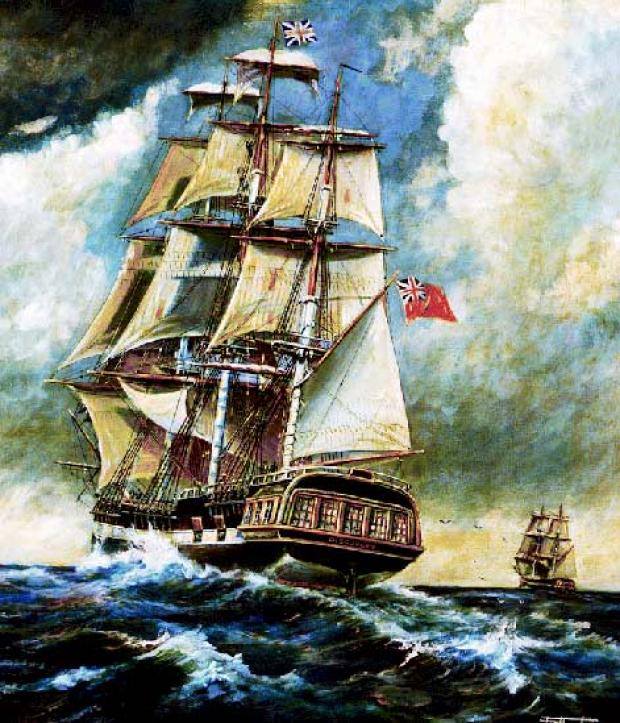 However since then it seems that the Save the Futurist Campaigners have welcomed the latest ship  Captained by Jamie Hudson:

UPDATE FROM FUTURIST BIDDER JAMIE HUDSON
Clarification on Council Meeting: We were not expecting to be considered in front of the cabinet at this stage. Our proposal still stands and is being held by the council. SBC have an obligation to work with their preferred bidder before entering into any discussion with us. We will continue to work on our proposals to reopen this theatre.

And long may their voyage of Discovery continue...

Here is the irony,  Hudsons Bay, Canadian,  feeds into North Dakota ... the second largest bay following the Bay of Bengal, grrrrowl,  believed to be formed from 10,000 year agone ice age when this huge piece of ice broke off to release a flood of fresh water that created the fertile crescent and possibly encouraged Noah to build his boat  .... after the waters receded creating the Doggerbank ... ?

However, if history or time is a spiral:

"Hudson wanted to explore the rest of the area, but the crew mutinied on June 22, 1611. They left Hudson and others adrift in a small boat. No one knows the fate of Hudson and the crewmembers stranded with him, but historians see no evidence that they survived for long afterwards"

Lock Stock and Barrel, huh, wonders where Gibb will let loose the tigers ....

"there are more tigers held in captivity than there are in the wild ..."

"Preparations are being made again to load the Transocean Winner rig from the North Sea.

The move comes after a series of delays when bad weather hampered the move.

Now approval has been given by the Secretary of State’s Representative Maritime and Salvage Intervention for Transocean to start preparing for a further attempt to load the rig onto the semi-submersible heavy lift vessel HAWK.

Weather over the next few days is said to be “favourable” and an “excellent opportunity” to remove the rig.

Work to disconnect the anchors has commenced this morning and by first light tomorrow, the rig is expected to be in a position to move towards the HAWK.

Hugh Shaw said: ‘Potential weather windows for the operation are beginning to reduce very rapidly now. Although we are considering alternative loading locations, the success of any loading wherever it takes place is diminishing with the approach of winter.’

“With this in mind, I have asked Transocean to look at other contingencies including a plan for maintaining the rig in Broad Bay over the winter if it becomes necessary. We know that the rig can be safely secured there if needed.

“At the moment though I remain hopeful that this weather window will be sufficient for the operation to take place.”

The 33-year-old redundant structure snapped her tow line and was blown ashore with 280 tonnes of fuel onboard during severe weather on August 8.

After being salvaged off rocks, the platform was towed to a temporary anchorage in Broad Bay on the other side of the island.

Around 27 fuel tanks were gashed and flooded with seawater during the collision making it too hazardous to continue her tow to a scrap yard in Turkey."

Wouldn't that look great on the Futurist site...