Resistance is futile, a quick dash back to Third Energy's last listed  public consultation event, to tie up some loose ends.

Woe, not a fluttering ... mais pour dormir pendant mille ans ... mon amour immortel  https://www.youtube.com/watch?v=5anLPw0Efmo -  A case of mistaken identity, just a haunt.  Spooky.  Drifting ... then Sleepy with much agusto (Spanish eyes) came to my assistance ... another Prince Charming? Triginta ans!-/ So back to XXI,

I had prepared some Q's;

1. The planning app with NYCC?

Whoa indeed, perhaps I have  been overtly presumptuous, the planning application to NYCC had not yet been submitted, this was expected to go in end of March, this was a pre planning consultation exercise, plenty more consultation events to come.   Expectations be dashed, had the journey been wasteful, seemed rude not to explore a little further.  When in Rome n all that. So Sleepy, fully alert actually, asked where I had seen the -Keep Out signs ... 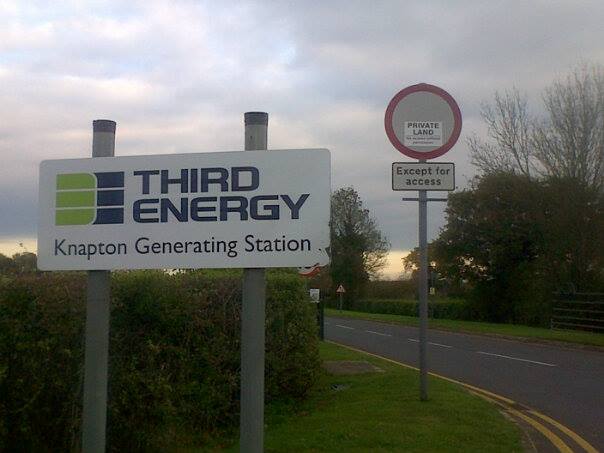 So we discussed the merits of having Keep Out Signs around the roads leading to Flamingo Land and if this was a conflict of interest ... mind you Eden Camp now there is an irony in a name - best not go there. Sleepy explained that they can only put Signs on land they own, so I guess they own this road then ... just a minor detail.  Going back to the 'First to Frack' and unwanted attention from protestors. "The public have a right to peaceful protest, it is lawful"... "non-peaceful protest is not lawful".  The Greater Manchester Police Report at Barton Moss. John Dewar has brought a copy. Is it this one?   http://www.gmpcc.org.uk/wp-content/uploads/2014/10/ProtestPanel-Fracking... or a later edition? As we lightly chatted about some of the unsavoury behaviour of a tiny minority at the anti-fracking March at Manchester last September: it really is not ok to ram a childs buggy into a police defence line in an attempt to cause a riot, and spit verbal personal abuse at a female just becos she is wearing  a G4 uniform .... I digress. Nope, ironically I caught it on video whilst hot footing it to ask Chukka Umuna what Labour's position was on fracking ...   Erm, my apologies for digressing but we are quite fond of our local police, thanks, think this was the tipping point for Cranes downfall:   http://rationalwiki.org/wiki/Ian_R._Crane

Downfall? I guess the success of Third Energy's future application depends of the media flurry, with Yorkshire Post's contribution http://www.yorkshirepost.co.uk/news/election-politics/full-coverage/york... - if that flurry is unlikely to abate.  https://www.youtube.com/watch?v=jhC1pI76Rqo - how can it be kept low key? 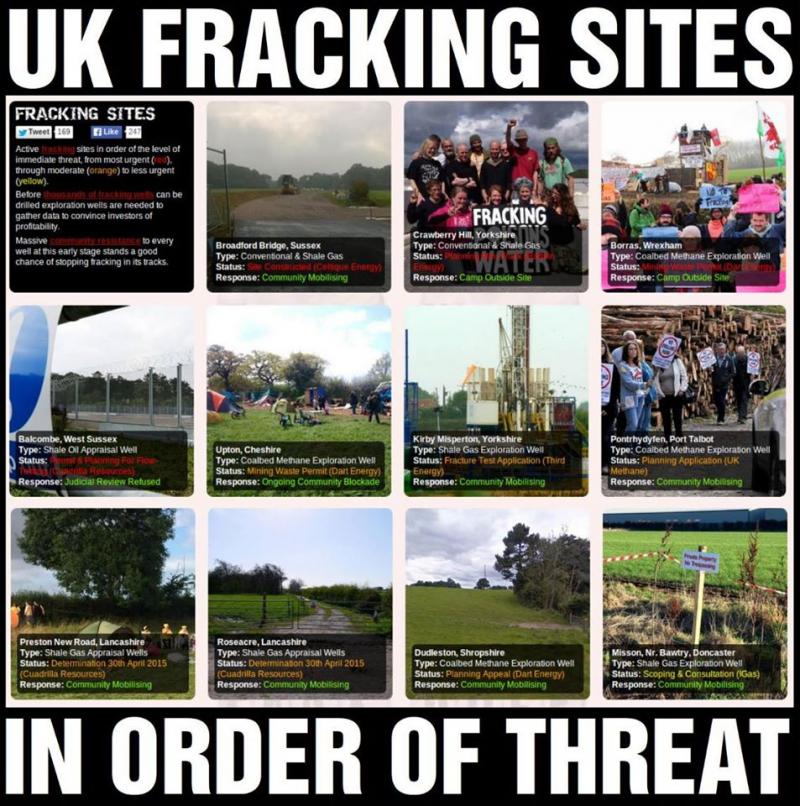 Moving on, joined by Third Energy's geologist, erm Sneezy?  Wots in a name?  And back to the first frack ... well actually no this wasn't to be the UK's first test frack ...  frackings been around for some time, back to the Bowland Shale - Is it all its cracked up to be?  Well thats what the 'test'  is about  to test the volume and rate of flow, if they don't meet the economic parameters for both then the well is not viable.   Does that explain Rathlin Energy's declaration that they no longer intend to frack at Crawberry Hill or West Newton, have they done a mini-frack (DEFII) or mini- fall off. If so that would exclude Third from being the first Frackers.   Soo Rathlin won't be returning to West Newton, indeed they have their eyes cast on Kirkham Abbey.  (I kid you not)  There is a conventional well there too about 4-5000 ft. So about Poland?   - that has not worked yet, low flows of gas due to the shale formation the gas has been proved hard to flow.   Testing is very expensive.  And we discuss the Flamborough faultline and more maps going back to the Corellian fault and how exactly is the drinking water seperated from the aquifer? 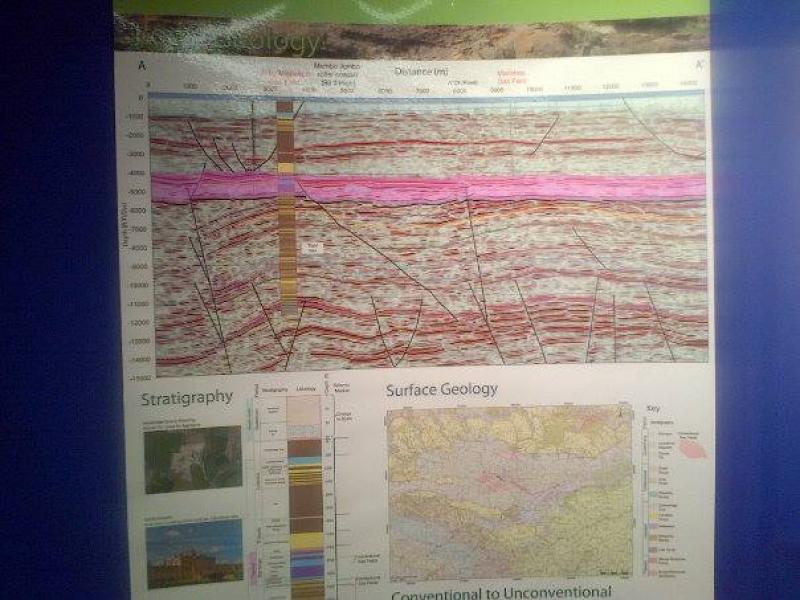 I am shown a map , those black lines are the faults, magic eh?  By nautral design indeed.

Did I mention earthquakes?  Of course, but lets skip that bit: see here: http://www.bgs.ac.uk/discoveringGeology/hazards/earthquakes/UK.html

OK. So killing time, tell me more about your off-shore activities, your seriously not thinking of fracking out at sea?  Why not? They've been doing it in the Southern North Sea for years, they're all at it down there ....

So, it would appear this 'myth' of being First to Frack is indeed just that, nonsense.

Enter the no-nonsense man himself John Dewar. (as described by Pickering rotary Club, DYOR:-)  Straight to the point, what do you do?  Erm, (am lost for words)  I'm not sure, but I write a blogg.  Yes, I've read it. Then you would be aware of my  'emotional interest', and he takes me to the map to find out exactly what that is.   Ahhh so KM8 is not where 'assumed'.... Gnomes!  Not wanting to contradict or go over old ground lets go back to the focus and some facts:

1.  NYCC & the planning application, our planning consultants are PSSL,  "We intend to get it right first time"

2.  Mitigation - these are already outlined in the DECC EIA, As fas as I know there are no further mitigation measures for us to comply with.

3.  Reparations - What Reparations?  Putting the land back to how it was?  And he leaves as his assistant explains how complex it is to secure a well at the end of its use, cut the casings,  fill with cement,  pack ... cut fill pack, quite complex for 10,000ft ... more expense.

John comes back, so I go back to mitigation measures and planning consideration.    Firstly NYCC can only consider 'material considerations'.  We can agree on that.   About 'mitigation' - What does the Community get in return?

As there are only four small villages in the area of interest with this application those four villages, Kirby Misperton, Hapton, Knapton ... on planning approval (as per legislation)  will receive a £100,000 fund to do with as they wish.  This is set up into an ESCROW account independently run by (UKCF).  Oh so the Council won't get their hands on it then?  No. definitely not it is for the Community to decide what to do with it, we have been in this area for over 20 years and work closely with the community.  I myself, with over 40 years in the mining, oil and gas industry,  have a fondness for this community, have been here sometime, with Viking and Moorland Energy, (a collaboration) we work well with the community. That £100,000 payment will be at the discretion of a local panel.  A bit like dragons den (freuden slip?) whereby members of the community put forward there case and the panel vote on it.  In addition to that they will receive 1% of revenue for the lifetime of operations.  Back to John and on the sustainability of Third Energy - "Our rise & fall will be judged by the strength of our submission".

This pre-consulation is about what people think to our plans before the planning application, so we can listen to what local peoples views are, we are already engaged with the community on traffic management. These are ordinary members of the public in this community that we are getting involved with - mothers, farmers, retired people, we want to get our planning application right first time.

We have kept no secrets about our planning application.  Do you think we have any secrets to hide? Well no actually, I''m  very impressed  with your openess and transparency, so many facts, (and unimpressed about my own ignorance on the fraccing facts) ... and we discuss public perception, how people don't like change, and this and that and that and this, and down to the nitty gritty of conflicts of interest, people don't like change ...  and I guess thats the point, nothing much will change around Third Energy's interests - all thanks to their conventional wells.

Kryptonite! John takes a chunk of mineral from his display - here taste this ... I hesitate (Litvenyenko moment)  he goes first, encouraging - so I taste - hmmm sparkling  ...    Snow White? - well that sure ain't me.

Conflict of interest?  Kiss of Death? Nah don't be so cyncial - no time to waste, is heading off-shore -  Doggerbank.

Heres a clue - Windturbines or UCG?

Methane Aftershave - could be useful ... can we TM it?

One they made earlier:
http://infrastructure.planningportal.gov.uk/wp-content/ipc/uploads/proje...
Eight is the new Ten: -)
Centrica.

is busy (and sombre)

"Third Energy has been awarded two licences by the Oil and Gas Authority in the 14th Onshore Licensing Round which was announced on Thursday.

Map data released on the Oil and Gas Authority (OGA) website shows the two sites that have been formally offered to private companies interested in oil and gas exploration.

The website shows the first parcel of land straddles both sides of the Tees, with a strip running through the centre of Redcar up to Yearby then heading west to the mouth of the Tees, part of Seaton Carew and then south through Port Clarence ....  second is a square patch of land which covers half of Middlesborough ...  that spreads east ... and south into North Yorkshire to take in Great Ayton"