Since the UK's frack-on band started playing in say 2012, it would be logical for the first 'hydraulic fracture' under new regulations in the UK to be thrust upon whoever is all good to go.    Apart from Third's ideal and existing, rather fortunistic placing, ironically to be the first to win the 'fraccing' race,  this may be their ultimate downfall.   Even for the emotionally bankrupt, where that eternal place to consign is the history bin,  the re-ignition of raw emotion, as new flames ignite, thunderbolts and lightening very very frightening. OK, its not unique or orignal , and as sure as hell  hath fury ...   electricity flows   https://www.youtube.com/watch?v=_-yM-jj2zjQ  - Thats the pure fantasy bit out of the way.

The Myth;  or should that be moths ... Goths around the candle... Being the  'first to frack'  in the UK is going to attract some 'emotional' interest en masse, from  Frack-Free, Frack-Off and oh lordy forbid Ian Crane, the anti-capitalists, protestors, protectors and general all round anti-fracking picnic public.   Nicpic or picnic at least Flamingo Land is conveniently on hand to offer accommodation and refreshments.  They would have been the first to notice Keep Out signs were put up months ago, and alongside new signs and security fences being put up around Kirby Misperton, Knapton and the surrounding area, the conflict of interest may speak volumes.  Hush.

So with security and defences all in place, why would the CFO aka Doc seamingly let his guard down?  As already covered under the Anti-fracking industry, I have long suspected that they are both working hand-in hand, clearly they are both industries but what is the real agenda.   What is going on under the radar?    Like a moth to a flame ... 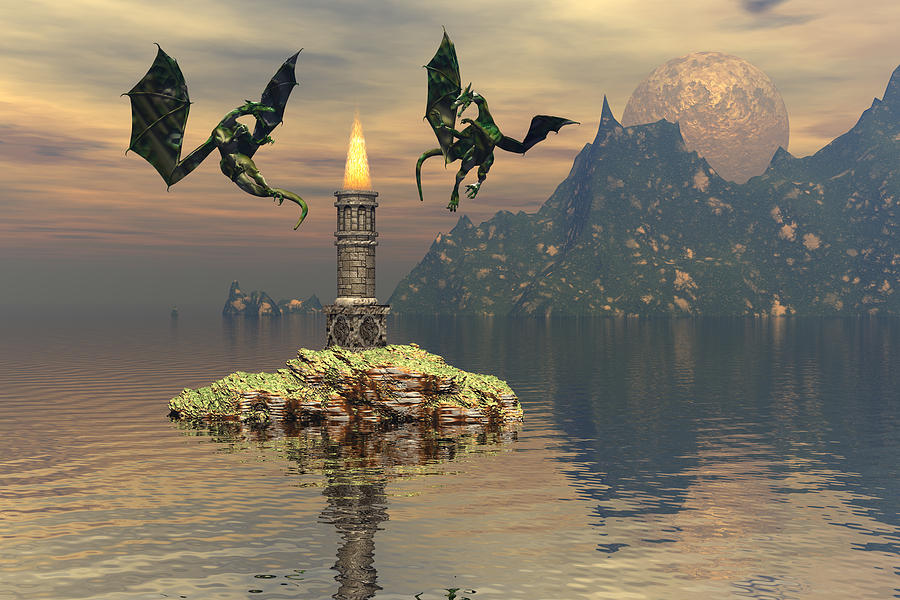 The Legend - thats our day job by the way, the gramma is naff, its just for the record. For the unitiated I don't mean we are legendry I mean we keep a record. (words eh?)  Ok, so finally some facts about 'fraccing' have emerged.

Fracking - not so scarey is it?  In fact - I'm quite warming up to fraccing.

The forward arrow:  As one door closes another opens.   It's all about the timing.   The butterfly effect, the ripple, the smart Canadian standing in the shadows, wonders what he knows about bats, is picking up vibrations, frequency  ...  mebbe they should have turned the heating off ...  with intermittent power cuts to boot ...  strange boots, so before we leap into the dark unknown, and the abyss, lets step back into the twilight zone, I mean light, wot wot more whats?

What are the external implications of Third Energy's forage into the fracking industry?

Lets go back to the mind mapping ...  Doc- I did my second degree entirely on mind maps ... Pozzoni - sounds Italian, blowing in the wind ...  I dont take conventional notes .... nope I bet you dont - gush!  and, erm, neither do I when I am so distracted. Bashhful is fluttering  .... like a moth to a flame ...  rewind.

Flamingo Land -  the only equipment brought in would be the pipes and pumps, and one or two cabins as facilities for site workers.

Water -  the water companies are heavily invested into the fracking industry .... Robin Beck .. ere we go:

How much water would you need?   4000m3 thats not much say about the size of two olympic swimming pools,  relatively low because we would be fraccing 5 laterals from the same hole and re-using the same water.  From the mains via the powerstations.  We would not be using trucks. We don't need to. Those would be the only pipelines we need,  say 60m if we were near the coast we could use sea water.    (NB: We would need to truck water in for the testing frack only - about 32 trucks.... The only noise would be from the pumps)

Methane: is CH4 - 21% more powerful as a greenhouse gas than co2.   98% of gas is methane . North Sea gas, when it comes into your home is methane.   What the antis are referring to is about fugitive emmission,  when we talked about waste frack fluid, back to the frack fluid, the Americans put it in an open pit, over a large area.  We are not allowed to do that, we put it in sealed units or sealed trucks.

How much does it all cost?   The drilling rig is for 60 days, after that it goes somewhere else. Its the drill and fraccing that costs the money.  The first six weeks that costs money.  Very intermittent schedule, the frack lasts two hours.

It costs a lot of money ... now what have I missed?

Just one more thing  ...Vale of Pickering - and the underlying lake of water, and about the aquifer?  As Doc leads me back to the 'scale chart'  and I can't help giggling  (PMSL)  spot the deliberate mistake....

Oh oohh right - you talking about the Bowland Shale are you?  ....  No.   The Vale of Pickering ....   It's not an underground lake as such, what you have is water saturated rock.  Its a glacial till,  which is basically gravel, a kind of course gravel and the pores hold water, so its not an underground lake.  Its actually very shallow - so its not anywhere near the frack. No nowhere near the frack.   The Glacial till is in the upper zone ( a whisper)  right here up here ... its very shallow no where near the frack - about 50ft to 150ft below the surface.  As Doc continues am trying to listen to three people at once  - the ice age is very recent 10000 years ago,  ... so thats why I was quite so concerned originally ... all that water flowing towards Scarborough - its not hot water btw .... Carillion  aquifer - mental note (https://www.youtube.com/watch?v=dphpDdfZUGw)   In this particular area, where we are, the Carillion is seperated by a geological fault - either by design or geological luck.  A geologist  would say it is by design - Yorkshire Water, we have been talking with them ... Carillion where the drinking water comes from is isolated....   How lucky are you?  (gush)  Totally seperate.  So Yorkshire Water aren't going to complain much ?  Why would they?  This one here is isolated.  There is a geological fault,  the drinking water is isolated  - totally seperate from - (am feeling ambushed) someone told me the water companies are some of the biggest frackers in the business ... the people of Doncaster would be horrified if they knew the water has radium in it ...  but at such low levels it is not a risk to health. ... XXX  has a brilliant map that shows how it is all faulted.  The Glacial Till - thats gravel - Bashful spells it out for me. G.L.A.C.I.A.L. Till is this course gravel stuff that is left behind after the glacier has moved on. Its all very shallow.  East Yorkshire ... The Wolds also the natual till - the wolds are the natural coast line ...the big flat bit came over from Scandinavia, thats why it is eroding so fast...

So the Doggerbank is in conflict?  ... no I'm not going back into Wind,   ambushed again is expecting to get consent by the 17th of this month - next week - there are different schemes,  Forewind first phase Creyke Beck, thats the name of the converter station,  the other phases are still at consultation.  (Truth indeed) http://infrastructure.planningportal.gov.uk/document/3011234

About the Offshore  - where exactly is it? - as we waltz to the map - its this sort of area from here up to about the border, (Norfolk to Scotland)  The Central North sea, and you have licences already - for what?   Gas.  Oh, wereabouts - all around here - is it on the website?  We've just had a big discovery ... so offshore - they have this Doggerbank thing going up ... Yes. Doggerbank windfarm is huge, I used to work in wind, Doggerbank windfarm is huge, very huge. I've heard thats not happening is that true?  I'm out of touch but I know someone that does ...   (repitition)

So, what do you reckon, and I know its not your thing,  about UCG and coal bed burning?   Two different things coal bed methane is a bit like what we're doing here ... except that your taking the gas from the coal seam directly  ... whats that one where they set fire to it ?  ... hang on we are not quite there yet .... CBM is taking the gas from the coal seam directly.  Remember the canary in the coal mine, the canary would have a whiff of methane and falls over - (bit like your aftershave, eh)  they would extract the methane out, actually to make the mine safer.  Because coal layers are thin typically five or six feet or whatever, the seams are realatively  thin and spread over a large area. To release the methane you have to drill  -  vertical ones, lots and lots, but quite shallow, don't forget coals is shallow  2-3000ft . Thats not of interest to your company at all?  No. Not our scene.

OK about the UCG, coal bed burning, erm that erm?  (am so confused and out of my depth)  Breathless.   Oh thats alright.  Oh is it?  (in jest)  Thats not what I mean,  I meant as a technology it is alright.   UCG is something else ... new technology .. about creating heat underground...  directly burning methane,  creating heat underground to typically, say heat the water to drive the turbines.  Not our area at all .  Not going to say any of that., nope lets not go there ... wiser heads than mine.

OK its all looking pretty good, how do I invest in Third Energy?  Ha, I'll give you my personal bank details ...  lol - you can write me a cheque ... (Ouch .. i've heard that before) . We are not a traded company, our investment comes from a private equity bank.

So your not under a farmout agreement with a larger company that shares could be bought in?  - No, not at the moment, not yet.  If this is a success we hope so...

After thanking the extremely charming Doc, sincerely - he is such a sweetie.

"Write something nice about us ... preferably something that is factual."

Conicidence;  Moth to a flame - origins: Shakespeare in The Merchant of Venice, 1596:

Tinks I'll get a new coat.