The general concensus that 'Fracking' has 'halted' due to fall in oil prices has certainly cheered up the frack-free community, but hold on to your cotton shorts.

The fight against fracking has and is now being played out locally and nationally on the political fields, from coast to coast Scarborough to Blackpool, from North to South Scotland to Sussex and all those fields in between.

Indeed fracking has become the political football.  Love it or hate it fracking has become the ball that is being kicked around, either as a spectator sport, via LCD  to full on community participation at village halls, town halls to the Houses of Parliament and House of Lords ...  are we participating in a 'game' with potential political revolution, it has certainly  brought political  'energy' to a wider audience as the fracking fields and fracking football continues to outplay the 'other' national sport.

Meanwhile as the cheerleaders and campaigners, the frack thirsty public,  eagerly await the announcement of the Premier League (the DECC Licences due out in March) awareness of the geopolitical fields - beyond the UK stadium are becoming evermore acute.   The import & export potential of a frack-free or frack-on UK is gathering international momentum - as the frack-free teams cheer on as the oil price slumps and the frack-on blow their own whistles,  the 'Umpire remains  between an imperical and empirical state.

Whilst the Empire has yet to decide an Umpire, no doubt to blow their own trumpet, the international League, cartels & dark forces are banging their own drum with menace (Millwall) and the beating up of play from Iraq to the Ukraine and from Libya to Saudi - role on Spring, to March May- ahem and the exquisite June, when we can all go back to playing footsy in our own backyards.

However, half-time and some home truths, exciting as fracking is, calling at my corner shop seeking some guilty secret indulgence, a cheap publication, bottom shelf not top shelf, as an austerity driven alternative to cat liiter, Resistance was futile 'Should the UK frack for Gas? At £3.90 it had to be worth the investment.  Sadly not.  And no glossys can't be used for chip paper, theres a reason for that, Rupert Murdoch et al have a lot to answer for, if you can't recycle a newspaper for soaking up the grease then wot is the point in them !!!! Ah Maxwell - yo coffee .

Anyhow a naff five minute read for the simple, mere mortals;   "It will take ten years to get enough shale gas from fracking to compensate for dwindling North Sea Gas" ... so there is a gap in the field ....  "If gas replaces coal that's great" says economist Paul Stevens of Chatham House in London (sounds like a nob) "But if it starts to push out renewables, its no good." Other interesting exerts "The easiest option is to import more gas.  But a lot of this gas originates in Russia, whose pipelines are leaky and the warming effect of methane on the atmosphere is 21 times greater that that of carbon dioxide."  (not loaded) So if Australia can pariticpate in the Euorvision song contest why is Russia being pushed out ... I digress... "We need a Marshall plan for developing low carbon options" says Anderson (whos he then?) 'He is a strong proponent of increasing energy efficiency and cutting consumption.' ...  "For the average UK citizen, changes can be incremental."

Hmmm.  Too many big words, 'Incremental?  But I do understand the off-side rule!! Back pass to  focus on '10 year gap' - is that a home goal?  Or a penalty? Time to  Change the tackle and look outside the box:

OK:  No point revisiting old ground, lets cut back to the chase:   'Around 7.1 billion tonnes of coal were used worldwide last year. Since 2000, global coal consumption has grown faster than any other fuel with the five largest coal users being China, USA, India, Russia and Japan. These countries account for 77% of total global coal use.

In the UK, thirty one percent of electricity currently comes from coal-burning power stations. However, a third of these power stations are expected to close by 2016 so that they meet EU air quality legislation. This means that Britain will become less reliant on coal as a source of energy and will need to look at alternative energy sources.'

Energy Crisis, what crisis? At 2015:  working coal power stations in the UK:

Note last but not least.  So where else does our energy come from?  Renewables have a problem with the 'battery' the storing of energy for future use and an even spread.  Is that technology available, erm, now? 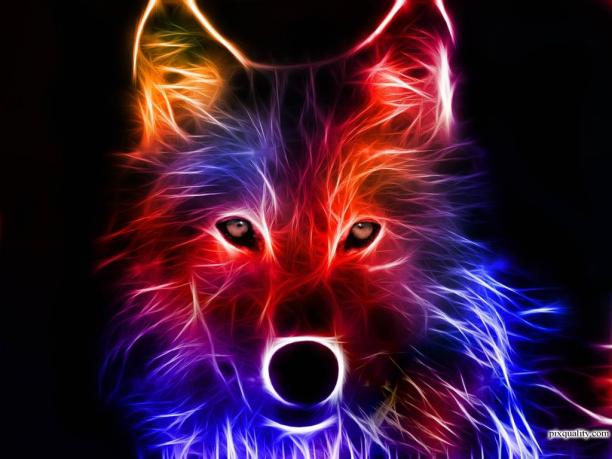 Nucleur: Currently, around 16 per cent of Britain's electricity supply is provided by nuclear power from 19 reactors on 10 different sites. (Eh? is ten the new eight? nope - don't ask no doubt its all to do with binary bits n digits)

The eight sites are:

EDF Energy is working on plans to build four new European Pressurized Reactors. Two will be built at Hinkley Point and two at Sizewell, supplying around 10 million homes with energy by 2025. The first of these new plants is expected to be running by 2018.  EDF Energy is working with Centrica. Centrica have invested in EDF Energy's existing plants and in the planning for new power stations. 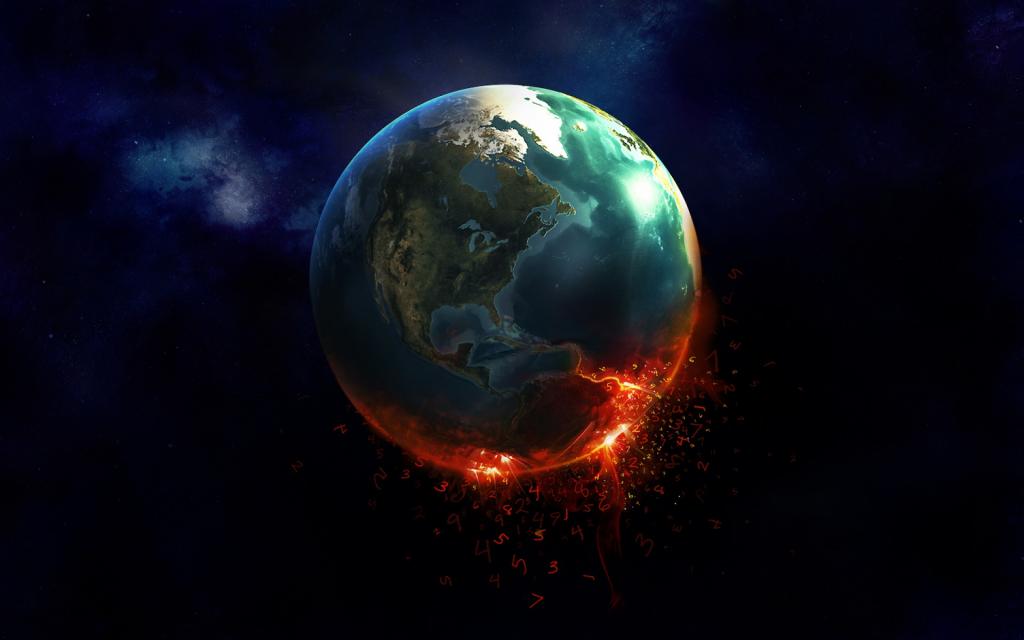 (So your telling me that  they can invest in Nucleur energy but the oil price slump is gonna halt investment into fracking? Seriously?)

And even more real is that Third Energy are likely to be first past the post and score the first fracking goal.

Like it or lump it, Third Energy, have a confident header  http://www.third-energy.com/

With some facts: Methane release - conventional oil & gas wells have always emitted methane, and used the same chemicals.  Third Energy via Viking Gas have been extracting conventionally for over 20 years.  The piping is already in place.

(Please explain why it is OK or acceptable to exploit in Qatar and not here?)

Water - in the US 2005 - Congress exempted fracking chemicals from the Clean Water Act - Hurray for TTIP !? We'll show em how to do it properly. That isn't going to happen here. (not ifs buts or maybes)

Exclusion Zones - the difference between drinking water and aquifers, http://www.theguardian.com/environment/2015/feb/12/fracking-will-be-allo...

Change of tackle - that comes down to observation and experience mebbe by cheering Third Energy on they too will face the Kiss of Death  ....  and if all else fails there is always LUFC.

.... knew I'd forgotten something... Blasted Neros.

sulphur dioxide in the stratosphere to albedo modification ...

Qatar? from Bill & Ben, fish, football, Ukraine to Canada & Qatar - from about 13 mins in

"boost our energy security and economic growth by extracting domestic shale gas, which has the potential to create jobs, making us less reliant on imports from abroad and help us tackle climate change, all within one of the most robust regulatory regimes in the world"

"Miss McIntosh is the chairwoman of the environment select committee, which is carrying out a rapid-fire inquiry into the fracking controversy, before parliament is dissolved at the end of the month.

It follows the Government’s much-criticised decision to pass legislation while leaving key regulations up in the air until July – after the general election.

It means basic questions – such as whether drilling can go ahead near groundwater sources – will be unknown when Third Energy applies to frack at Kirby Misperton, near Pickering, this month.

Ministers have also been accused of breaking a promise to ban fracking in National Parks, by planning to allow horizontal drilling from wells put up just outside them, for up to three kilometres.

Miss McIntosh asked Mr Dewar for a commitment not to frack “in or under National Parks”, given the firm would be applying under the “existing legislation”.

The director of operations replied: “Yes, I can give you that commitment – but it’s impossible to say never, ever.”

Speaking afterwards, Miss McIntosh welcomed Third Energy’s fresh commitment not to remove contaminated water underground, but she called for its application to be thrown out.

She said: “It’s inappropriate. I hope and pray North Yorkshire County Council will turn it down.”

A press conference was called by Anne McIntosh, Friday 13th , to announce she was stepping down and would not be standing as a Candidate against her former Tory allies.

Despite being deselected by Thirsk & Malton and despite Robert Goodwills claim that she had been deselected on at least three occasions, McIntosh has refused to be drawn into a public wash'n'dry remaining silent over her 'dismissal'.

Good for her, and thanks Anne for all your input as Chair of Defra in fighting for flood defence schemes along the Yorkshire Coast.

When Goodwill was asked about his thoughts on Women in Politics he too remained silent.  Perhaps now he would like to comment?