Third Energy have revealed plans to investigate hydraulic fracturing at their established oil site near Kirby Misperton.  This weeks headlines including Fracking near Themepark rather than Fracking at Flamingoland have been doing the rounds:

Ryedale District Council have updated their info board: http://www.ryedale.gov.uk/pages/council-information/news/1347-fracking.html including links to Potential Public Health Impacts ... http://www.ryedale.gov.uk/attachments/article/1347/PHE_Review__shale_gas... - much of the report is denial of adverse effects to water contamination and radon and other NORM substances effecting peoples homes.  Even though "Currently the UK has no commercial shale gas extraction operations" drawing much of their data from operations in the US.  However some very useful diagrams on how shale gas operations are supposed to work.

I particularly liked this insert:   "Shale Gas is just one type of unconventional fossil fuel. Others include Coal Bed Methane (CBM) and methane from Underground Coal Gasification (UCG). The process for extracting CBM is similar to that used for extracting shalegas, and often invovles fracking,... UCG involves igniting unmined coal seams in-situ to gasify the coal ... this briefing focusses specifically in shale gas."  So, imo, the most important bit being shoved aside, ie what lies beyond fracking.  A Further continual feed into the carefully orchestrated anti-fracking industry that has aclimatised itself by sitting neatly next to the fracking industry corporations, following them around like some obedient puppy.  Whilst the circumnavigation of fracking is at full speed ...  don't forget fracking is only temporary, right? Look beyond FFS!.

Even the SN have managed their first fracking headline : 'North  Yorkshires first fracking plan':  http://www.thescarboroughnews.co.uk/news/local/north-yorkshire-s-first-f... - "The application, which will be decided by the county council, as the planning authority responsible for mineral extraction, will include widespread consultation, including Ryedale District Council’s views... Third Energy said it had been operating in North Yorkshire for more than 20 years and already produces gas from four fields. “The gas is delivered, via pipelines, for use at the generating station at Knapton that supplies power to the National Grid.” - Yes that is very true (formerly Viking Energy) so why the change of heart, mebbe the oil did run dry?  Or mebbe they are just trying to capitalise on the fracking industries up front investment opportunity and hoping for some handsome financial rewards: http://www.third-energy.com/ .  However they have much further investigating to do 'Analysis of the gas bearing zones in the deeper Bowland section concluded that they should be appraised further. To assess their commercial potential, hydraulic fracturing will be used to stimulate gas flow from these inter-bedded sandstone and shale sections.'  Bearing in mind that Rathlin Energy  have just recently pulled out of any further exploration into the Bowland Shale ... for reasons as yet unknown. 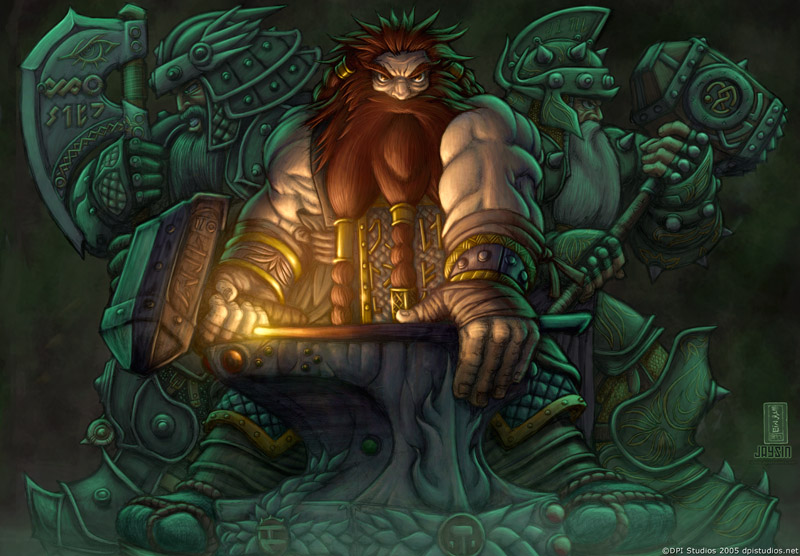 So, there you have it the 'fracking' industry has finally hit home. However, from following the IGAS, perhaps the industry standard, their shares have dropped dramatically, with CEO Andrew Austin stating "if the gas isn't there then we move on ..." or words to that effect, you kinda wonder if all this fuss about fracking  is indeed a fantastic plot to pull the wool over our eyes.  Ian Crane (anti-fracking Chief of Mischief?) at the Beverley meeting agreed that fracking in the UK was simply not viable, it would all be forgotten about in five years.   So, is there something else going on?

Like it or not, it has been generally accepted that there is an energy crisis about to to hit the UK.  The UK as CIHE point out is at an energy crossroads.  The energy infrastructure in the UK is fast approaching a not fit for purpose status.    To bring this home even further, as an example of the current state of the National Grid and infrastructure, and perhaps aptly timed; " More than a million pre-payment gas customers have been overcharged because their meters are faulty, the industry has admitted.  About 1.5 million meters have not been working properly since they were installed, some as long ago as 2007..." and "Estimates suggest that the UK needs to spend upwards of £200bn over the next decade to upgrade and decarbonise the electricity supply infrastructure." http://www.bbc.co.uk/news/business-30214471

Taking a closer look at what the Energy 'Experts' are up to: From Oil Pro: Who ask: -  INEOS Announcement - The Catalyst for Nationalisation? : "... Firstly, and in relation to the INEOS Grangemouth Petrochemical facility, INEOS has invested in 2 License areas, PEDL133 50% share (Dart/IGAS) and an adjacent License PEDL162 80% interest (Reach Gas). INEOS has also applied for other Licenses. The planning application submitted by Dart Energy for PEDL133 was on the basis of "holes in coal - no fracking" for Coalbed Methane production. This in itself was defeated and went to appeal and now sits with the Scottish Government for their determination. The obvious issue is that this is nothing to do with Shale Gas. It may well be that Shale Gas is covered under differing License criteria from that of Coalbed Methane (not known by the writer), and exploration and appraisal for shale well drilling would be subject to new planning applications for well sites and other facilities in any case. With only 50% influence, the incumbent License area holder (Dart/IGAS) would be seen as going back on their word of "zero fracking". So there's something of an issue to overcome here. ... What is equally interesting is that Dart Energy's planning application was based on the produced gas being treated and compressed and put into the gas network. At least the public, or larger communities and industries of Scotland (in reference to the aforementioned License areas) would see some benefit from the security of a home grown energy resource. With the INEOS proposal, this resource is destined to be used as a feedstock to generate greater revenue and profits for INEOS and Jim Ratcliffe. This moves the goalposts considerably and offers no security of resource supply to the local or general communities.... it is unclear as to whether the penny has dropped that this proposal and investment offers limited treasury value, the resource is raw material for INEOS processes and products and therefore profits, with gains being retained in Switzerland and no gas entering the supply network." SOURCE: http://oilpro.com/post/8637/ineos-announcement-catalyst-nationalisation?...

Clearly the whole of the UK's energy industry is in a mess.  The question is who will sort it out, the Industry giants, industry dwarves or the Govt.?  http://www.youtube.com/watch?v=l5r_8okVDjM ;-)

Does protesting about fracking make you feel warm?  Returning to the application at Kirby Misperton, Frack Free Ryedale, a very respectable group, are already on the case;  http://frackfreeryedale.org/kirbymisperton/ 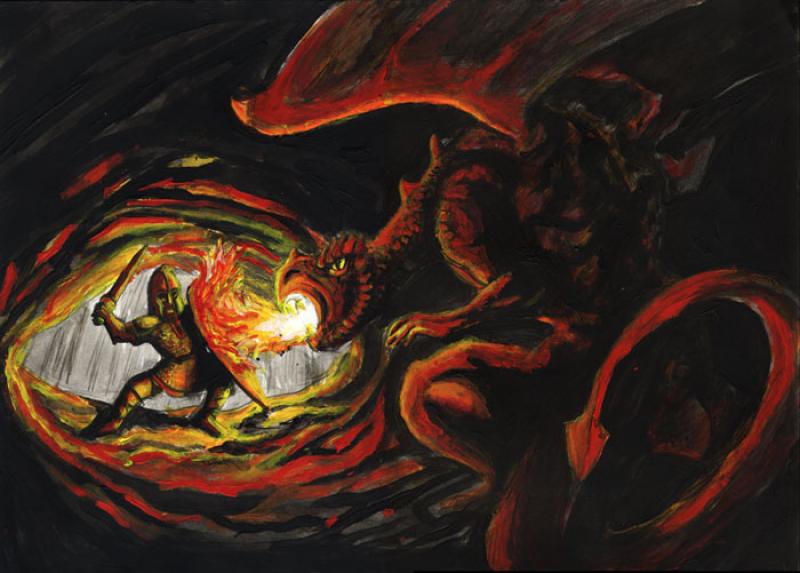 The BGC on Promoting CBM: https://www.og.decc.gov.uk/UKpromote/onshore_paper/Promote_UK_CBM.pdf

next a close look at APSE and the cross party Govt working party looking at the UK's Energy future ;-)

• RYEDALE MP Anne McIntosh said she would be meeting Third Energy later this week to discuss the application in detail and called for a full environmental impact assessment to be made.

Miss McIntosh, Chair of the Environment, Food and Rural Affairs Select Committee said: "There will be concern at the environment implications from this development at Kirby Misperton. At the very least, I am calling for a full environmental impact assessment to be undertaken and the details and conclusions of it to be published.

“Local residents will want to know where the huge amounts of water required will come from and how the contaminated water will be disposed of.”

Miss McIntosh added: "People really will not look kindly on companies coming into Ryedale with their shaft sinkers and traffic movements to hydraulically frack at depth; potentially impacting upon tourism, leaving a legacy of spoilt landscape and ruining the countryside forever.

“I am at a loss to understand how Third Energy have suddenly developed the technology, when they gave me an assurance within the last year that they themselves neither had the technology nor any intention of hydraulically fracking at depth anywhere in Ryedale.

She said: “I am meeting the company later this week to discuss this in more detail.” source: http://www.gazetteherald.co.uk/news/11623378.Gas_company_applies_for_fra...

.... slightly confused, but then the side stepped Ms McIntosh's neighbouring MP, Bingo Bob is putting up a fight for funding from Defra alongside his old pal Cllr Plant (Me Too) in a bid to secure Whitby's piers. http://www.whitbygazette.co.uk/news/local/potential-funding-boost-for-wh...

*An Ordinary petition is supported by a minimum of 500 individuals who live, work or study in the Borough of Scarborough.

Anne McIntosh, aye the gal is at it again:

"A LEADING MP has questioned whether a pension fund for the Environment Agency (EA) should invest millions of pounds in controversial industries - such as fracking - which the government regulator oversees.... Chair of the Environment, Food and Rural Affairs Select Committee Anne McIntosh said she had been intrigued by claims the EA's pension fund, reportedly worth £2.3bn, had been used to invest in Barclays, which in turn is bankrolling Third Energy's attempts to frack in her Thirsk and Malton constituency."

She said: "There is a clear conflict here, which undermines the credibility of the Environment Agency and calls into question its independence and authority."

"Anger erupted last month after it was revealed Third Energy would seek permission to start the controversial drilling method to stimulate gas flow from sandstone and shale between 7,000 and 10,000ft deep next to the Flamingo Land theme park, Kirby Misperton, near Pickering."