Not according to Rathlin Energy.  The Yorkshire Post headline 'Site of third gas well in East Yorkshire....' but reading into the story the big question; 'Is the Bowland Shale all its fracked up to be?'

'Rathlin, which says it has spent £5m in the past year exploring the two sites, has suspended - but not abandoned - the well at West Newton. ...

Dismissing protestors’ talk of “well failure”, (Rathlin)  said they could re-visit the well - but would not be re-entering the Bowland Shale: “We have completed the testing programme that we feel we needed to do and on the basis of that we have suspended the well and notified the regulator DECC.

That is some statement.   Either - they didn't like what they found, it is unviable or they are selling out?  Who knows?

On the third test well Rathlin state "The next well, West Newton B, which will be on land owned by Norman Caley Ltd, at Crooks Lane, will cost “several million pounds.”

It will be testing only the conventional Permian reservoirs at a depth of around 2,000m and will not be drilled any further." Source: http://www.yorkshirepost.co.uk/news/main-topics/general-news/site-of-thi...

Here is what Rathlin Energy website said prior to yesterdays public meeting: "The West Newton site had been plugged and cemented below the Permian targets.  This concludes our interest in any deeper levels of the wellbore, including the Namurian sandstone and Bowland Shale."

Another point of interest; 'The company, a subsidiary of Canadian Connaught Oil & Gas' who state "In 2008, the Department of Energy and Climate Change (“DECC”) awarded Rathlin Energy (UK) Limited, Connaught’s wholly owned subsidiary, an onshore licence to search for oil and gas north of the River Humber.  This area of east Yorkshire is crossed by pipelines carrying gas from the North Sea and Europe to fuel the energy needs of the population and industry locally and beyond in England and Wales.  Gas is also stored underground for the UK market at Aldbrough and near Hornsea." source: http://www.cogl.ca/ 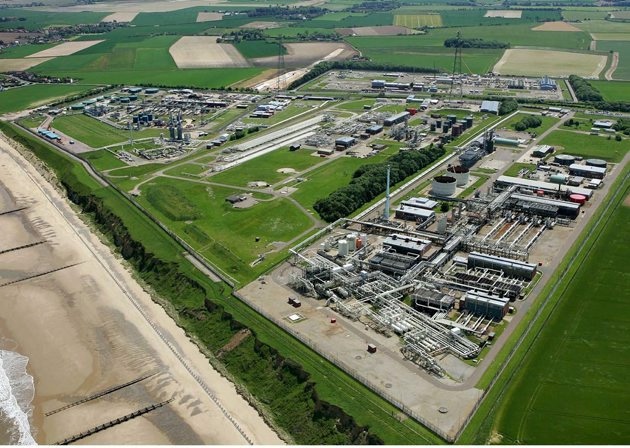 Anyhow as I learned yesterday at a EU Policy Forum, there are three versions of the TTIP (transatlantic trade investment partnership), TTIP is an America/US trade partnership the other two are CETA - Canada, and CSR -world trade partnership.  Whilst the EU/TTIP remains confidential due to 'sensitive' information the Canadian version, (based along the same themes) does not.  Within the Canadian treaty CETA there is a negative list but also there is the ISDS (Investor State Dispute Settlement) this is the bit where large corporations can sue Govts.  Apparently, ISDS was set up in the 1950's using a system of three arbitrators/lawyers.  At yesterdays 'Policy forum' I did intend to ask about Gabriel Resources suing the Romanian Govt. (ya know the 'spiritual twin' see here: http://www.gabrielresources.com/site/index.aspx)  alas time for Q & A's ran out very fast.  ;-) https://www.youtube.com/watch?v=oTLJjoW867g#t=157

Needless to say this needs to be followed up.  Jude Kirton-Darling is the Labour MEP for North East England and sits on the European Committee for Industry, Research & Energy.   Jude is part of the TTIP/EU working group. and receives about 5000 emails a month since the TTIP became 'public knowledge' so please don't all shout at once.

A full report on the EU Policy Forum will be coming up next, subject to distractions.

it would appear that a deal has been struck:

http://www.telegraph.co.uk/finance/newsbysector/energy/oilandgas/1146099... this should see IGAS secured.

Elections? - mebbe but the notices are issued 9th April with a six week closed period prior to 7th May ... with nomination papers in by 27th March.

about the Euro Song contest .... May indeed. https://www.youtube.com/watch?v=Sj_9CiNkkn4

"As recognised by the British Geological Survey in the report on the Bowland shale, at present there are no UK shale gas reserves, and next-to-no information or data on volumes that could be considered to be recoverable resources.Whether any will be resources that are recoverable in an economically viable way is unknown, despite frequent claims to the contrary, and this is self-evidently necessary for there to be any development of UK shale gas."

A Teesside chemical firm has signed a deal to import US shale gas, in a move it says will safeguard up to 900 jobs. Sabic said the deal to bring ethane to Teesside would "secure the future" of its Wilton-based facility.

The site is used to "crack" ethane into smaller molecules to produce raw material used in plastics.

A spokesman for the company said the first gas from the United States was due to arrive on specially equipped ships in July.

The spokesman added: "Ethane, a bi-product of shale gas, is far cheaper than naphtha - the raw material we currently use to produce the chemical building blocks for everyday items from toothbrushes to TVs and car parts.

Last year, SABIC announced major investment to convert the Cracker, enabling it to take ethane, in a move that sector chiefs claim is the "first step towards securing a long-term supply of raw materials for Teesside's process sector".

"The US market for shale gas has boomed in recent years and cheap supplies have breathed new life into the country's petrochemical sector.

"This deal will secure the future of Teesside as one of the most competitive plants in Europe."

Bah - so importing shale gas from the US instead of fracking in the UK?  A Saudi Co to boot,  Hmmm - oh well Spring has Sprung ...

'specially equipped ships in July'  - erm ? (I do hope they won't be tarring our Yorkshire coast line ... anyone got a U-boat?)

"Neither the trade body representing the industry, the United Kingdom Onshore Oil and Gas (Ukoog) nor the Department of Energy and Climate Change, which is responsible for much of the regulation, collects data on how many shale gas projects are currently taking place and where. The list of 11 sites comes from a Guardian analysis of company statements, planning applications and communication with the main companies involved."

"The deal, he said, was also part of linked to Teesside’s bid to become the first UK area to develop Industrial Carbon Capture and Storage (CCS) which will help Teesside’s heavy industries be more competitive as carbon taxes increase."