The Scrutineers and Mutineers are set to clash at tomorrows Resources and Scrutiny Committee Meeting as the decision of the Futurist is called in:

Bidder B - still yet to be officially identified - made a Bid and this was accepted as preferred tenderer by Cabinet on 16th September:

A ‘landmark pebble building’ with a magical cave-themed indoor environment

• A glass-fronted building with water cascading down the front

The major issues with Cabinet's decision are:

1.  The inclusion of King Street Car Park - this was not in the offer- therefore other developers may have come forward

2.  The Botanical Gardens - using part of St Nicholas Gardens - this is open public space and again not within the area of offer for tender

4.  The costs of clearing the Futurist site to be met by the Council estimated £ 600k and also the cost of the reinforcement and stablisation of the cliff/slope behind the site which may become unstable when the Futurist is bulldozed. - cost unknown.

Call In of Executive Decision - Outcome of Futurist Tender Bid.pdf 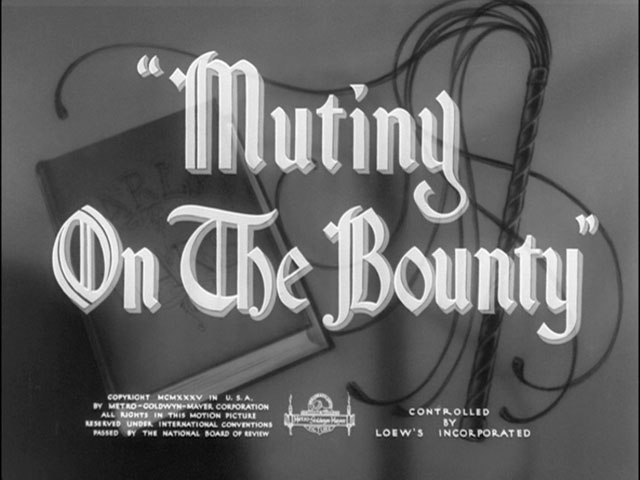 Call In of Executive Decision - Outcome of Futurist Tender Bid.pdf

The speed of this call in and the Scrutiny Committee hearing is quite remarkable, who knows perhaps the Futurist will be knocked down before the Lifeboat House - another livelink ?

Thanks to Janet Jefferson and Colin Challen for hoisting the flag of hope for the 10,000 plus people that signed a petition to save the Futurist. http://www.youtube.com/watch?v=UFX3gQHIroU :-)

Well it was hardly a Mutiny by leading Cllrs at HMS Town Hall as Scarborough Town Action Group (STAG)  reports: "Futurist, Follow up on Scrutiny Committee. A lot better than the last one we had, in that there was a very heated debate by the Opposition, little input from the Conservative group, but they won the vote 6 - 5, with one absentee(Dilys Cluer) and one abstention (Mike Ward)both on the opposition side. A triumph for Politics over Democracy. Colin Challen and Janet Jefferson put in a strong challenge, supported brilliantly by Norman Murphy. Tony Randerson and Tina Davey also made their views on the management of the debate very clear. Having allowed Patricia David to ask 2 questions, Joe Plant (Con) Chair then proceeded to destroy any hope that the Councillors may have had of understanding by refusing to allow a very brief background statement on Paragraph 70 of the National Planning Policy Framwork, under which this decision falls, to enable Cllrs to put these questions into context. So she asked two bald questions without any explanation. Nobody said a word, Lisa Dixon read a written answer. However one of our questions referred to possibility of late bids being considered. As usual the Councils responses to the arguments placed, were at best disingenuous and at worst a deliberate attempt at smoke and mirror deception. We were told that this could not happen because it would lay the Council open to a legal Challenge from our mystery bidder (Benchmark?!). Remember there is only one bid, as a result of only one advertisement in only one journal at a time of year which is usually avoided and which has a very limited narrow Property Development readership. They are interpreting and using this as a reflection of the entire population's attitude to the Futurist Theatre, "They are not interested in it" and using this opinion to totally inform their business decision making. You couldn't make it up!!! We are currently requesting that this be re-advertised in more and wider media, being changed to include the fact that it seems that because our mystery bidder wants to include part of St. Nicks Gardens, then the Tender document needs to be changed to reflect this. All in all, to summarise, this whole bidding process has more twists and turns than St. Nicks garden itself, and is being made up on the hoof at the behest and conditiions of this one and only bidder, and we rate payers are being asked to foot the bill for all the land clearance, demolition and restabilising the cliff side and donating part of St. Nicks Gardens. Our own world-known Civil Engineering expert reckons over £1.5m. Is this a price we should be forced to pay for something that the majority of local people do not want? We don't even know that they came as a result of the advertising anyway.
We have issued an ultimatum to the Council. Either alter the Planning Brief to include part of St. Nicks Gardens (to accommodate the existing bid) and re-advertise it much more widely and more appropriately to bring in more bids. Or stick with the one and only bid, which by so doing they enable us to ask the Secretary of State to Call it in for Public Inquiry. We are already receiving helpful guidance from his Office, just in case!"

One wonders if the Chair Joe (Mini Monster) Plant had the casting vote ...

Ah, so  ... fine the beggars, buskers, rough sleepers and the coffers will be soon be replenished ... Brilliant!

Erm,  ... fag packet stuff... if you pay the fine up front does that qualify as a permit?

"a precursor for more draconian action..."

Redevelopment of the Futurist is expected on the 7th November agenda. Full Council.

God help us - the poor s##ds who simply chose to live and work in Yorkshire. We are finding our county transformed into a theme park worthy of Walt Disney and populated increasingly by thousands of peculiar creatures dressed in lycra clothing , who appear not to have eyes, but to need large sunglasses to disguise this fault.

Does anyone out there actually know of a local business that has benefited from the arrival of cycling 'en masse' in Yorkshire, except for the odd 'greasy spoon' cafes?

Welcome to Yorkshire has not produced any financial accounts since the Depart du Tour back in 2014 - and those showed a huge loss that displayed business incompetence. Since then the Joe Public has had to endure two editions of the Tour de Yorkshire....but , with the 2017 edition already being prepaid by local authorities, no one has seen a profit -and -loss account.

I seems to me that our elected representatives are busting a gut to throw public money into such sporting ventures without any documented proof that the events are cost effective for the rate payers."

Indeed.  Erm...  now should the PSPO be applied to cyclists of the lycra kind?

Dear Mr Kitson,   As part of the Watts on guide, please can you add touring cyclists to the list of possibilites under the PSPO... (Public Space Protection Order)

Well I think at a time when the NHS is crippled by lazy people who have shopping lists of ailments, we should be doing everything we can to encourage the youngsters of today to get involved in sport. And let's not forget cycling is not only a sport but also a healthy way to get around.. something our enlightened European neighbors figured out decades ago."

More questions are being asked about Scarborough's Futurist Theatre.

Campaigners trying to save the venue are questioning the council over its plans for the theatre's demolition.

The Save the Futurist Campaign Group says there's not been a democratic vote on whether or not to knock it down.

Council leader Derek Bastiman has said it is coming down and it being on the agenda at a council meeting next month is just about determining the cost.

"A lot of us have looked through minutes (of council meetings) and there has been no agreement in full council and no vote taken on demolition. The method of demolition was discussed, but it's putting the cart before the horse. Let's discuss the method of demolition, but we haven't actually decided whether we'll be able to demolish it anyway".

The council says it's putting together a time line on the history of decisions about the theatre, ready for a report in the new year."

"I fully support the aims of the Save the Futurist group, and would like to see this great historical building restored and brought back into use.

However, I must express my concerns about Scarborough Council’s total antagonism against any suggestions being made to make this happen, and seemingly that the decision to demolish was agreed in 2014.

There is now a massive war of words being put out on social media in an attempt to get the borough councillors to challenge this and overturn that decision.

Unfortunately some of the statements about this are getting to the stage where it is becoming an embarrassment to the town, and therefore its reputation as a top-class holiday resort.

The council has appeared in the Private Eye Rotten Boroughs national spotlight, and Derek Bastiman (council leader) is, rightly in my view, being criticised locally for an intransigent and aggressive attitude.

He appears to be adamant that it will be demolished and the site sold to Flamingo Land along with part of the historic gardens, and build a monstrous looking (according to drawings I have seen) fun park. Surely with Olympia, Lunar Park, and all the arcades in between, we have enough of this type of entertainment.

It is being touted that it will cost £5m to demolish the building and shore up the cliff so properties on Blands Cliff don’t collapse, but it would only cost £4m to restore it to a working theatre.

When I read about the media stars performing at the revamped Bridlington Spa theatre, I firmly believe that Scarborough would be more than able to attract all year round events, benefiting the local economy.

As regards the council’s responses to the Save group, I am beginning to wonder if our council chief executive Jim Dillon is still in employment as I have not seen a single word from him in support of councillors or officers or about the way the current dispute is developing to the detriment of the organisation.

I presume he must sit in his ivory tower counting out his £100,000-plus a year salary, to avoid putting his head above the parapet and getting involved.

But this dispute must be quickly resolved as the bitterness it is causing can only bring lasting damage to the reputation of the town and this council.

I can only hope that if, as promised, the final decision will be put to a full council meeting, our elected officials will remember that there are now thousands of voters who have clearly expressed their feelings, and who will be asked to vote them back into office in the future."

"The new oath could include "tolerating the views of others even if you disagree with them", "believing in freedom of speech, freedom of religion, freedom from abuse", "a belief in equality, democracy and the democratic process" and "respect for the law, even if you think the law is an ass," Mr Javid writes.

A government source acknowledged that the oath on its own would be insufficient to weed out extremism or promote integration."