The North York Moors National Park Authority have added to their website an interesting piece on fracking it reads as follows: http://www.northyorkmoors.org.uk/planning/fracking-shale-gas

The following information on fracking is provided in response to growing public interest in the subject in and around the National Park. The North York Moors National Park Authority is the minerals planning authority for the National Park and will be responsible for determining any planning applications for fracking.

Fracking is the common term for hydraulic fracturing, a process which involves high pressure injection of water, sand and chemicals through a borehole into deep shale rock causing this to crack and release gases (mostly methane). A vertical borehole is required to inject the sand, water and chemicals to significant depths below the surface where the fracking would take place. The gas which is extracted flows back through the borehole to the surface where it could either be used to generate electricity or be fed into gas supply networks. Waste water also returns to the surface through the borehole and this would need to be treated. Further details on the fracking process can be found here.

No. To date there has not been any commercial interest in fracking within the North York Moors National Park. Conventional forms of gas exploration and production have taken place in and around the National Park over recent decades, particularly in the south west of the Park and around Westerdale.

Is there shale gas under the North York Moors National Park?

A report produced by British Geological Survey suggests that the geology beneath the southern part of the North York Moors National Park may contain commercially viable shale gas resources. The British Geological Survey report suggests that shale rock which may be suitable for fracking is likely to exist between 1,500 and 4,000 metres below the surface of the National Park.

What is the National Park Authority’s current policy on fracking?

Whilst the Authority does not currently have any planning policies relating specifically to gas or fracking, a number of the policies contained in the Core Strategy and Development Policies would be relevant to determining applications for fracking. Within the National Park particular consideration would be given to the impacts on the Park’s special qualities and fracking applications may also be subject to consideration under the Major Development Test whereby the presumption is for refusal except in exceptional circumstances and where the development can be demonstrated to be in the public interest.

The Authority is developing policies to assess proposals for gas extraction, including fracking, as part of the Minerals and Waste Joint Plan which it is producing jointly with North Yorkshire County Council and the City of York Council. See North Yorkshire County Council's Minerals and Waste Joint Plan for details. In the interim, the Authority has adopted former Government planning policy on oil and gas developments as a Planning Advice Note.

Whilst the Authority can put planning policies in place which would enable the potential impacts of any proposed fracking developments to be rigorously assessed, banning fracking is unlikely to be legally acceptable. Before planning policies can be adopted they are subject to examination by a Government appointed Planning Inspector and are unlikely to be found ‘sound’ if not in accordance with Government policy. 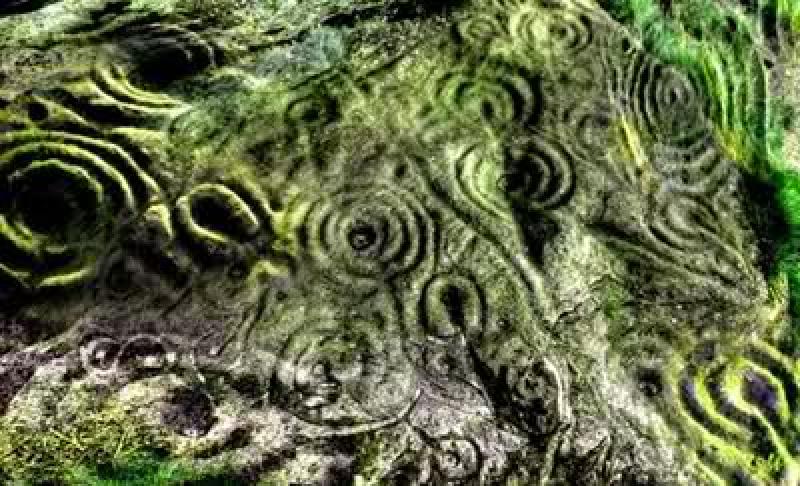 What chemicals would be used?

The proportion of chemicals making up the water / sand / chemical mix is 0.2% at the UK’s only current fracking site in Lancashire, however the potential for effects to arise from the use of chemicals would depend upon the chemicals used and the possibility of these entering water bodies. Details of the actual chemicals approved for use at the site in Lancashire are contained in the document About Shale Gas and Hydraulic Fracturing. Consent from the Environment Agency would be required prior to the use of any chemicals.

What would happen to waste water?

Water which has been used in the fracking process is returned to the surface and may contain minerals dissolved from the shale including naturally occurring radioactive minerals. This water, known as flow-back fluid, would require treatment which could be undertaken by either having a treatment plant on site, transportation to an off-site treatment plant or by disposal to the foul sewer. Treatment at an off-site plant may involve transportation by lorry or by pipe, the effects of which would need to be assessed as part of any planning application.

What surface development is required?

Visible structures at the surface of the site in Lancashire where fracking is currently taking place include a drilling rig (around 30m high), an area of hardstanding and numerous pieces of ancillary equipment, as shown on the photographs on the operator’s website. The surface development requirements may, however, vary from site to site and the planning authority is able to impose conditions relating to landscaping and screening the site.

What permits and consents are required before fracking can take place and how is fracking monitored?

The process of fracking, including the exploration and appraisal phases, are tightly controlled and subject to a number of regulatory regimes. Four regulatory bodies are involved in issuing consents and licenses for fracking.

The Department of Energy and Climate Change issues Petroleum Exploration and Development Licenses which give the holder exclusive rights to oil and gas exploration within a given area. This license does not give consent for drilling or any other development associated with gas exploration or production, which need to be subject to the regimes set out below. Further details on the licensing process are available on the DECC website.

Planning permission from the Minerals Planning Authority is required at the exploration, appraisal and production phases of gas extraction. The Minerals Planning Authority for the National Park is the North York Moors National Park Authority. Applications for planning permission will be considered against the relevant planning policies and will include consideration of a range of effects such as visual impact, effects on the natural environment, effects on local amenity and vehicle movements. Applications for planning permission would need to be accompanied by an Environmental Impact Assessment. As part of the planning application process there would be an opportunity for members of the public to comment on the application.

The Environment Agency is responsible for issuing and monitoring permits related to water use, protecting water quality, the use of chemicals and the management of waste water. A permit will not be issued if it is considered that the activity would pose an unacceptable risk to the environment. The Environment Agency would also be consulted on any planning applications for fracking. More details about the Environment Agency’s role are available here.

Prior to drilling beginning, the Department of Energy and Climate Change must provide consent to drill. As part of this process, a Hydraulic Fracturing Programme must be prepared which will set out ways in which any seismic activity will be monitored and acted upon where necessary. This would be based on the Government’s ‘traffic light’ system.

Further details of the licensing and permitting requirements are available here.

If an area has a Government license for gas exploration and development does this mean that fracking can take place?

No. The Government periodically issues Petroleum Exploration and Development Licenses in geographical blocks, but planning permission and other permits must also be obtained prior to any activity taking place. The areas currently licensed are shown here. Licenses have been awarded in the southern part of the National Park and around Westerdale. A further round of licensing is anticipated to take place in 2014.

If permission is granted for exploration does this mean that production can also take place?

No. There are three distinct phases of gas development – exploration, appraisal and production. To determine whether production is likely to be commercially viable in any particular location, operators would need to obtain planning permission to carry out exploration to investigate details of the geology and the likely amounts of gas available. Planning permission and any other consents granted will relate specifically to the phase in question and do not mean that permission for production will subsequently be granted. The fracking process may be involved at any of these stages.