Rathlin Energy kindly provided a leaflet on my way in:

We are aware that meetings have been arranged to discuss our current application to extend our current planning consent. We do not think it appropriate to take part in adversarial debates about our work which is already fully set out in public documents including our own publicity material. But we do want to address any questions or concerns which may have been raised among our local communities by the constant flow of misinformation being circulated;

1.  There is no new planning proposal for which extensive public consultation is necessary or appropriate.

2.  The current planning application is no more than a request for a single amendment to the existing consent, to allow for an additional 24 months in which to complete the program of work which already has approval in every detailed respect.  The terms and conditions of the existing planning approval are unchanged (including the prohibition on fracking which Rathlin itself suggested).

3.   If the members if the Crawberry Hill Community Liaison Committee wish to convene a meeting Rathlin will, as always, be ready to attend on the well-established basis that this is the proper forum through which information about the company's work, and local concerns, can be exchanged freely and without reservation.  These meetings are not open to the public to ensure that the committee's business is concluded without disruption from any parties for whom disruption might be a motive for attending.

4.  Any Walkington or Bishop Burton resident with queries about Rathlin's work should address them to their community liaison representatives here:

The is the pre agreed mechanism. 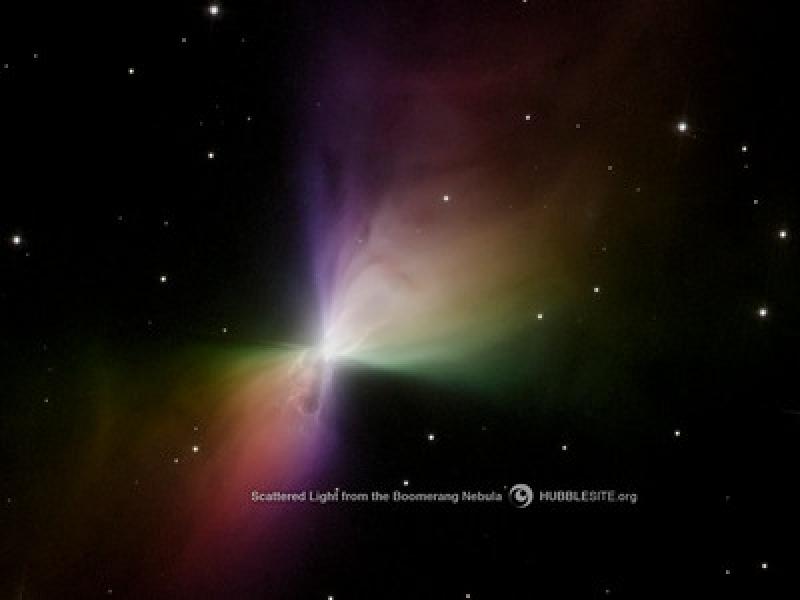 The Fracking Hell presentation by Ian Crane covered a lot of ground. Starting from a "The next 24 hrs will have a very significant impact on the area..." And he asked how many of the 100 or so attendees were undecided (about fracking)- about 30 raised their hands. "Hydro Carbons can only be extracted by fracking?"

The positives of fracking are presented by those who have an Agenda, thousands of jobs and gas for the future  I call this "conditioning".  How many people know visually what fracking is about? (about half hands up). Ian then showed a short animation described as a classic industry commentary.

Ian then went on to state - "If this was about conventional hydro-carbons, I wouldn't be here."  Showed another short video on the technical extraction of shale gas, cement, alulis, perforation,electrical current sent down - the same process as conventional gas extraction.   Except! With unconventional geology - tight geology. Then some comparison to Wytch Farm, Dorset.    http://en.wikipedia.org/wiki/Wytch_Farm

To create an artificial flow where the shale is tight and compact.  Pressure cause the shale fracture "the perfect frack job" sniggers. But, it will not do the same thing twice, it is not an exact science.  Wells are unpredictable. 6% fail immediately.  50 % fail in operation.  "Every project has resulted in contamination".  Ian continues with examples of fracking in the United States pointing out the less densely populated areas and Marcella Shale.  Back to the UK - 18% of the UK has been licensed with a further 46% to follow. Then on to 'democracy' - "those in elected office rely on public apathy." "they prefer non-participation." and then goes on to talk about 54 weeks ago Cameron's request of parliament to invade Syria - the first time ever a govt. motion for military action was defeated by parliament.

"This is chemical warfare on our Country!"  "...should not be unleashed beneath the densely populated areas .... along the coast line ... UCG (Underground Coal Gasification "frackings Ugly Sister ... they tried this in Australia and they couldn't shut it down quick enough!"

Continuing on to Cuadrilla and their continued well operations despite knowing their wells had failed,  causing the Blackpool Earthquakes 1st April 2011 ... enough to damage 80 houses.

A year ago there were 20 groups of anti-frackers.  "How many people here have heard of Barton Moss?"  - about half show hands.

"How many have heard of Ellesmere Port, where IGAS are about to start drilling?" -  (http://www.igas-engage.co.uk/our-work-in-ellesmere-port/)    (no hands. "So how many people in Ellesmere have heard about Crawberry Hill? ... there is a conspiracy to localise the news."

This is Rathlins only licence.   In Northern Ireland another well is proposed.  http://www.rathlin-energy.co.uk/northern-ireland/

At West Newton "Rathlin say they are not fracking!" "So who is?"

"At Kirby Misperton they have been conventional, above the shale ... they take their bit then sell it on to get at the shale."

"Rathlin drilled at Crawberry Hill when they thought no-one was looking, they were all looking at Balcombe."   see here:  http://www.bbc.co.uk/news/uk-england-sussex-27204264 - followed by -  http://www.theguardian.com/environment/2014/apr/17/balcombe-fracking-ene...

Ian then returns to Wytch Farm - with a 6000 m reach over 25 years from a single well site. "Unconventional is very different."  "Cuadrilla, on their own website say that the Bowland Basin (?) is quite possibly the most significant shale resource on the planet." do they? ( http://www.cuadrillaresources.com/news/cuadrilla-news/)

Rathlin have lease agreements with farmers for over 50 years - two local farmers.   And then went on to describe the amount of water required, lost and contaminated ... how to dispose of this waste water? The fracking industry say "we are working on it." Mentions the Manchester canal.   Suggests googling "downwinders" in the USA they use evaporation pits. These are banned in the EU. "the fracked fluid is still active and is doing what it is supposed to do ... this is not disputed."

Then goes on to mention the Ukraine. "In 2012 the Moratorium (fracking)  was lifted in the UK"

Then on to North Dakato.... where a small town can prosper.  (North America ;-))  "with a population of 60% of Devon ...." and suggests to google Prof Robert Oswald - the exposure to livestock and food security. And, in Northern Ireland 'Tamboran' so I did:  http://www.bbc.co.uk/news/uk-northern-ireland-28637531

Then on to house prices falling and at Balcombe; "Santander withdrew a mortgage offer because of uncertainties .."   A new site google; "wrongmove".

Then "DEFRA [produced a report in February that was published late July.  Within that report 63 sections were redacted, not to be published."

Then back to "David Montagu-Smith, CEO of Rathlin Energy is actively campaigning to get subsidies withdrawn from renewable energies."

Ian then rounds up his presentation with "there are TWO ways to destroy this fracking industry - Politically and via Investors. re IGAS - quote "when it falls below a pound I will be in great shape."

It takes 225,000 psi to frack.  M Fallon (once energy secretary) who said there was no reported contamination in the USA failed to mention that there were no regulations that required reports to be submitted.

Ian then goes on to describe the geopolitical situation - the EU does not want East EU countries to import oil from Russia.  The US have a massive oversupply of shale gas.

Re fracking in the UK "The risks are so great it should be a no brainer!"

Tomorrow is the last day to submit your objections to the ERC - East Riding Council  "I know they are going to frack - maybe not this time, but they will definitely, they will deceive, obfusticate (etc etc) in the name of rampant capitalism! ... the fracking industry must be shut down the industry has no moral high ground at all!"

Time out for a cuppa tea and a well deserved fag where I pass members of Frackfree, FrackOff and chat to a hardy looking 'protestor' type called John who was quite sweet really.  He had been at Crawberry Hill Camp site for the last two days, following on from Balcome Camp and Barton Moss.   He said he was an 'Actor' by profession. Had studied his MA in Phillosophy and later dropped out from his Phillosopy PHD (I giggled at that because I imagined all Phillosophy 'students' would. (Eh Colin Challen? ;-)

E&OE - to be edited and amended at will.

The comments : "I live in Ryedale, we have had to endure a sustained campaign against the gas industry and the plans to do fracking in our area. The actions of the group of people who don't want this have been very unsettling. Locals who are just not bothered whether it happens or not are fed up of having to live with the banners and placards littering the countryside. We cannot even think of selling our houses at present because once people see these they are put off. If they see the camp on the way to the village with its grubby appearance. Why does our district council not do anything about them, they don't have permission to be there, no one asked them to come and infiltrate our society. They are gathering up every waif and stray from out of the region and people who don't wish to live a normal existence. They are the sort who like that kind of life. We don't, many locals don't want them, they are not welcome. Just because they believe the hype and BS we are having to live with their messy camp. I daren't let my children ride their bikes down that lane because we have no idea who is living at the camp and it is well known that one at least is a convicted criminal. If anyone speaks out in favour of gas they are vilified on social media. They have also started to 'punish' local businesses. Whilst we are all trying to get on with our lives and pay our bills our generous state payments keeps them, pays their court fees when in trouble and allows them to mess up peoples lives. All my friends and neighbours are fed up with them. The camp is a disgusting mess and it is awful to see the state of that field. Only one is local and he's not representing the locals. The local anti fracking group have let everyone down, they failed to win their case legally they actively encourage disobedience."

The Great British Shake Off?

Where is it ...  "That is why the Liberal Democrats have gone further than any other party in pushing for an ambitious new target for reducing our carbon emissions. We believe that net emissions must be reduced to zero by 2050 and have a plan of how to do it."

"A large artificial lake in the Balkan state of Bosnia and Herzegovina totally vanished this month and with it an estimated 2 million fish.

Following rains and snowmelt, Jablanica lake has now started to reappear, but the ecological damage might take years to repair, say environmental groups and local fishers.

Water levels in the lake are usually regulated to keep enough water to generate hydroelectricity and to avoid floods in the city of Mostar, which lies downstream. So it came as a surprise to local people, especially fishers, to see the lake completely drained last week, and with it all its life gone, too.

Normally, the lake is 30 kilometres long, around a kilometre wide with a depth of about 70 metres. Water levels had dramatically dropped twice before, during droughts in 2005 and 2012, but never by this much.

The discharge was carried out largely last month by power firm Elektroprivreda BiH, which says it was needed to maintain electricity production during a dry and especially cold period when energy demand was above average."