The Royal Seal of Approval has been given to Scarborough, according to the Scarborough News "The Prince of Wales has raised concerns about the skills gap in engineering, warning that young people are missing out on hi-tech careers because of misconceptions about the industry. 'The UTC concept has been created by the Scarborough Business Ambassadors’ Forum, which organises engineering week.' ... 'In his introduction to the engineering week booklet, the Prince says: “The work which Scarborough Engineering Week is promoting could hardly be more important or more timely.'  The Goverment is expected to make a decision on Scarborough’s UTC bid this month.' Followed by: "The Prince sends his “warmest greetings” and wishes the organisers “every possible success”.

Oddly enough York Potash, who have hosted the Engineering Week for a few years say they are not leading the bid for the UTC.  But then Royal  Approval is hardly a stamp for certainty or success, as Hackney UTC found out this last week:

11/07/14  'A flagship University Technical College has been forced to announce its closure because of falling pupil numbers. Hackney UTC in east London has said it will be close just two years after it first opened  after receiving only 29 applications for September out of a target of 75. It follows a critical Ofsted report in February which said the college was underperforming in a number of areas.' Source: http://news.tes.co.uk/further-education/b/news/2014/07/11/london-39-s-fl... /  Further the college had as its patron The Duke of York who only months earlier on March 7th opened North Durham Academy at Stanley:  http://www.thenorthernecho.co.uk/news/11062771.Royal_visitor_opens_North...

Humberside has a UTC based in Scunthorpe 'The green light has been given to build the Humber’s first University Technology College (UTC).  Backed by businesses in the region, the £11m investment will give young people the specialist skills they need for careers in the engineering and renewable energy industries. The Humber UTC will be established in Scunthorpe and will create 70 new jobs, including 45 teaching posts. Its full name is the Humber Renewables and Engineering University Technical College.' http://www2.hull.ac.uk/news_and_events-1/news_archive/2014newsarchive/ja...

In 2011, Middlesborough also applied for its own UTC, 'Following the announcement that the Government plans to create at least 24 UTCs by 2014, Middlesbrough College has submitted a statement of interest to the Department for Education. The college wants to create a school specialising in engineering and digital technology for up to 600 14 to 19-year-olds. If it gets the go- ahead from the DfE, the school would be the fifth approved so far and would create around 40 jobs. The college would contribute up to £6 million towards the UTC. If successful, this would be matched by government funding.'

Even Hitachi with its train factory (knew they rang a bell) could not secure a UTC bid for Newton Aycliffe, leaving many feeling 'disappointed' :  http://www.thenorthernecho.co.uk/NEWS/10960294.Disappointment_after_Nort...

Criticism of UTC's includes a two tier system and  (from wiki) 'The establishment of University Technical Colleges has been criticised by some teaching unions, who claim they will cause further fragmentation of local provision of education for 16- to 19-year-olds. Others have argued that because they offer similar programmes of study, UTCs will divert funds away from further education colleges.' 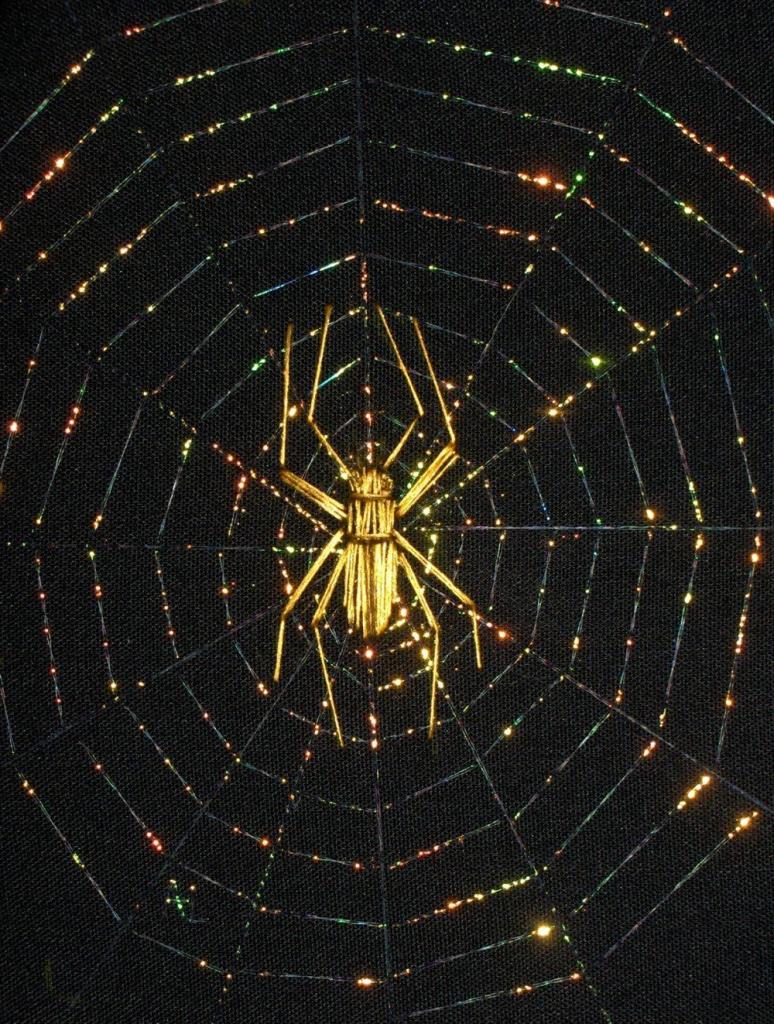 So who indeed is leading the push for a Scarborough UTC ?  (even though it would appear the region may become intoxicated with them).   Well, as usual it all comes down to the money. £ 10 mil to be precise.  Fortunately I did ask Nick Edwards if Scarborough Borough Council had actually purchased the old Skipton Building Society building at Eastfield;  (following the SHUC Meeting in June)  "I was wondering if the Scarborough Borough Council actually purchased the former Skipton Building Society Building, or not.  I am trying to work out why the Scarborough News keep saying the Scarborough Business Ambassaders want to build a UTC/Academy there: I would have thought you would have bought it to sell on to York Potash?   ;-))  A short answer would suffice! Preferably a polite one!"   Nick Edwards  response was:  "In response to your e-mail: The Council has not and is not planning to purchase the Skipton Building Society Building, opposite Morrisons Supermarket."

Some exerts: 'Once the UTC proposal is approved in principle a project development grant of 300k is released.On full approval a grant of up to £10m is released for securing a building (purchase/refurbishment/new build etc) and equipment costs.'  And: Progress over the last 10 weeks is as follows;

•Project Steering Group established - (private sector,SBC, University) - to sign off the bid and deal with governance issues. This will become the shadow board and meets monthly - i.e. 3 times before the bid goes in in May.  Project Working Group established - (private sector, SBC, University) - to take forward the actions and work with Whiterock Services to develop the bid. This group meets bi-weekly.

5.7.2 The University of Hull is a full partner in the bid. Regular meetings have been held with the Principals and Coastal Heads Group and Scarborough Sixth Form College, Yorkshire Coast College and the schools are represented on the Education Vision and Curriculum Planning working group. Whiterock Services have been contracted to write the bid and are represented on the Steering Group and all Working Groups. Scott Walker will be contracted to develop the education vision, plan the curriculum and write the education part of the application. Further specialist educational advice also needs to be contracted at the Head/Deputy Head level to help develop the bid and attend interviews with the DfE. In addition, the Local Authority is contributing a substantial amount of Member and Officer time in support of the bid.

Yet, on the 14th June this year Hull University clearly stated they were "working towards a focus on Higher Education (aged 18+) with a trajectory of a University of Scarborough."   See here :  http://www2.hull.ac.uk/scarborough/scarborough-future.aspx  "Attendees responded very positively to the vision but also expressed a keen sense of urgency about moving forward. They contributed their ideas and opinions on paper and these will be collated and reviewed along with other consultation feedback."  - Were they at the same meeting?   If you would like to respond to any of the information on this page or raise a question please email scarbcampusfuture@hull.ac.uk

Certainly there were many Members of SBC at that same meeting who hadn't a clue what was going on, and probably still don't, yet Cllr Derek Bastiman has volunteered himself as the Working Group's SBC Member, perhaps he would like to inform the rest of Council, and perhaps embroider the public, what exactly is on his Agenda.   Academy or  Higher Education/University?

mmm ok, have slept on this ... mebbe Cllr Bastiman is hedging his bets, I asked Academy or Higher Education/University?   ... perhaps Cllr Bastiman is expecting both, or is purely applying pressure for Grimsby to make a commitment.  Either way, playing Russian Roulette with the next generation's  education provision is hardly comforting, and it still stinks of the old boys network and an inner circle within our Town Hall.

'Plans to bring a university technical college to Scarborough have today moved a step closer.The Chancellor George Osborne has approved the town's proposal to move to the pre-opening stage.

Scarborough UTC is sponsored by Unison Ltd, McCain Foods (GB) and Dale Power Solutions, along with the University of Hull and a host of other employer partners.

The UTC will specialise in advanced engineering and design & control. The UTC will cater for 600 students and will deliver a curriculum that provides students with the skills that local engineering companies need now and in the future to support the predicted growth in the sector. Peter Wilkinson, Project Sponsor, Scarborough Business Ambassadors, said:

“We are delighted at today’s announcement. It is the culmination of some superb joint working by the local business community, the University of Hull and Scarborough Borough Council. More importantly, it’s just what the area needs; a specialist engineering school which will turn out the bright, young employees and entrepreneurs of the future.

We are on the cusp of an era of great opportunity in Scarborough with billions of pounds being invested in offshore wind, a new potash mine, leisure and housing.  The new UTC really is a catalyst investment which will support our world leading businesses, providing them with skilled and motivated employees, and driving forward economic growth on the Yorkshire Coast. Another success for ‘Team Scarborough!.”

Plans will now be finalised to prepare the college for opening in September 2015.' http://www.yorkshirecoastradio.com/news/local-news/1361008/plans-for-sca...

OK.  So where is it to be then? paint by numbers :http://www.youtube.com/watch?v=M0Ths5KI2Bw

So, if you had £10mil of Govt funding towards a UTC  and your 'legacy' development for the Town was a bit strapped for cash, would you go shopping in Lidl?

"Scarborough Borough Council has announced plans for a new university campus to be developed by Coventry University on land adjacent to the town’s old Weaponness Park and Ride site, to the south west of the town centre.

In addition, University Technical College (UTC) Scarborough, which has been set up to provide industry led education for 14 to 18 year olds, also plans to build its facilities on the same site."

"The ambitious plan is for the two educational establishments to combine with the planned leisure village to create a multi-million pound education and sports campus with state of the art learning, accommodation and leisure facilities alongside the long awaited community football stadium for Scarborough Athletic Football Club.

Coventry University and UTC Scarborough will work closely with the council and developers, Wrenbridge Land Limited, to develop the campus with the aim of both educational establishments being ready to open in autumn 2016."

So mebbe a competition to  'name' this 'new' development?

"A GCHQ spokesman said: “We’re always after those with the right technical and analytic capability to help GCHQ in its key missions to protect the UK from a range of threats.”