Now here's a little side 'track', easily overlooked, reported in the SN 1st May, but worth some dissection:  http://www.thescarboroughnews.co.uk/news/local/cinder-track-s-future-und...

The 'Cinder Track' is the coloquial term for the old railway line that ran between Whitby and Scarborough until 1965; map: http://www.discoveryorkshirecoast.com/pdf/The%20Cinder%20Track%20-%20Sca... The 21 mile railway line from Scarborough to Whitby was opened on 15th July 1885, and cost £649,813 to construct. Originally owned by an independent company (The Scarborough & Whitby Railway), it was not a financial success and was bought by the much larger North Eastern Railway in 1898 for £261,333. In 1923, the line became part of the London & North Eastern Railway, and traffic increased as the local area saw an increase in tourism. However, after World War II competition from road transport increased and, after the formation of British Railways in 1948, use of the line steadily declined, before closing as part of the Beeching cuts in the mid sixties. The last train ran on 6th March 1965.

SN:  The meeting was called to identify priorities for work on the track and to ask Mr Goodwill’s advice on funding sources.  Richard Gunton of the National Park said: “There are pots of money that might be available for ‘shovel-ready’ schemes to make the best of this wonderful route for local people, visitors and wildlife.”  Interesting terminology.

Back to the SN: He added: “The benefits that can be gained from bringing the Cinder Track to its best are enormous with every pound spent bringing more than twice that in return by supporting local businesses and improving health”.  What local business and who's health?  Is this appropriate to the ratio of population?

Then back to the beginning SN:  People at the meeting included representatives from the North York Moors National Park Authority, Scarborough Borough Council, Sustrans, North Yorkshire County Council Health and Wellbeing, Groundwork North Yorkshire, Gateway Whitby and Friends of the Old Railway.  Who are these people?   Sustrans?  http://www.sustrans.org.uk/policy-evidence-  another 'charity' funded by the tax payer?  And,  'They cycled five miles from the Scarborough constituency office to Station Tea Rooms in Cloughton where they discussed the serious ongoing maintenance issues for the cinder track.'

Really? What a bunch of  complete and utter time wasters!

http://www.bbc.co.uk/news/uk-england-york-north-yorkshire-27171483  A railway station that was lost under trees and brambles when it closed 60 years ago has reopened to the public. Scruton station, on the Wensleydale Heritage Line, closed to passengers on 26 April 1954 before the widespread Beeching closures started in the 1960s. The Wensleydale Railway Trust reopened the line, which runs through the Yorkshire Dales, in 2003.

http://democracy.northyorks.gov.uk/committees.aspx?interests=1&memberid=... - Looking at his RoI it would appear that in February 2014 Carl Les has 'off loaded' his Leeming Bar Motel whilst maintaining his interests in the Wensleydale Train Company.  Is that another 'charity' funded by the tax payer?

The only surprise was that Carl Les, NYCC wasn't at the tea party! 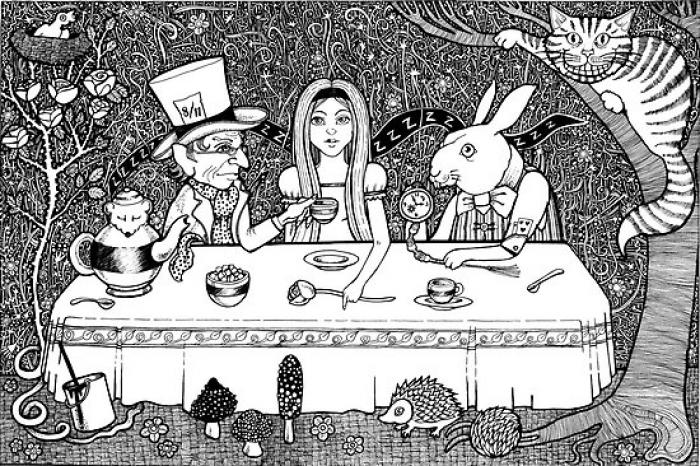 "As one of the complete and utter time waters I suggest you stop carping and set about the serious business of trying to get things done. http://seven-billion-to-one.blogspot.co.uk/.../the-cinder...

how exciting, Anorak at the ready ....  lovely report by :  http://www.whitbygazette.co.uk/news/local/lost-viaducts-brought-the-coas...

Dr Michael Williams will be giving a presentation entitled The Viaducts and Tunnels of the Whitby-Loftus Line on Friday May 16 at 7.30 pm at the Hinderwell Village Hall.

Bicycles should not be allowed in any natural area. They are inanimate objects and have no rights. There is also no right to mountain bike. That was settled in federal court in 1996: http://mjvande.nfshost.com/mtb10.htm . It's dishonest of mountain bikers to say that they don't have access to trails closed to bikes. They have EXACTLY the same access as everyone else -- ON FOOT! Why isn't that good enough for mountain bikers? They are all capable of walking....

A favorite myth of mountain bikers is that mountain biking is no more harmful to wildlife, people, and the environment than hiking, and that science supports that view. Of course, it's not true. To settle the matter once and for all, I read all of the research they cited, and wrote a review of the research on mountain biking impacts (see http://mjvande.nfshost.com/scb7.htm ). I found that of the seven studies they cited, (1) all were written by mountain bikers, and (2) in every case, the authors misinterpreted their own data, in order to come to the conclusion that they favored. They also studiously avoided mentioning another scientific study (Wisdom et al) which did not favor mountain biking, and came to the opposite conclusions.

Those were all experimental studies. Two other studies (by White et al and by Jeff Marion) used a survey design, which is inherently incapable of answering that question (comparing hiking with mountain biking). I only mention them because mountain bikers often cite them, but scientifically, they are worthless.

Mountain biking accelerates erosion, creates V-shaped ruts, kills small animals and plants on and next to the trail, drives wildlife and other trail users out of the area, and, worst of all, teaches kids that the rough treatment of nature is okay (it's NOT!). What's good about THAT?