Time is running out for the Futurist Theatre,  a decision is due to be made by full council in 9 days on Monday 12th May.   The 'Save the Futurist Campaigners' have as yet failed to deliver a business plan or submit any formalised alternative.  Led by Cllr Janet Jefferson who opposes the closure and redevelopment of the Futurist site the Campaigners were given a three month window to put forward a viable plan to the Officers and Cabinet in December 2013.  Item 6 of the Agenda : http://democracy.scarborough.gov.uk/ieListDocuments.aspx?CId=235&MId=443... -

To receive and debate the following petition received from Cllr Jefferson: The Futurist Theatre, Scarborough (???)

The Save the Futurist Campaigners on 24th January said  " The Official Petition has now been handed in to the council. With a staggering 6656 signatures this has enabled the first step to take this matter back to full council. BBC Calendar filmed the morning so tune in to ITV News 6pm tonight. Local news reporters and press photographers joined us also. Step 1 DONE.. Watch this space! Photo of Cllr Janet Jefferson with the box containing signatures."

Previously from the Campaigner's perspective:  "The theatre is closed now (but being heated) unless, or until, somebody comes to the Council Officers with a fully funded, and acceptable Business Plan by 31st March. This is an impossible request, and it has been made known to be so in "The Stage" Newspaper, and that it has been put in place by Council Officers who apparently have absolutely no understanding of finance, funding, and theatre and entertainment. Or, alternatively, know about all these things and have deliberately set us an impossible task, knowing that we cannot succeed. This is what they did back in 2010, and although this fact was made quite clear officially and publicly then, they are still saying to themselves and the public at large they gave us a chance and we did not take it. However, we are all very busily working on a Business Case, together with their other difficult request that we obtain 5,000 signatures from local people by January 15th to get a Full Council debate. Tom Fox kowing that, has deliberately pre-empted that by making a unilateral decision to close the theatre anyway. He exercised self-awarded Power, without the necessary Knowledge to underpin it. Our view is that Knowledge is Power, and there is Knowledge in abundance available to us which we are harnessing to work on our behalf. The Council Officers pay Consultants and their Reports are used to inform Tom Fox. We have experts in just about every aspect of our needs who are offering their services to us to help us win. Watch this space - we are not done yet!"

The latest "There are developments apparently within the Council regarding the Futurist, which I thought worth passing on to you. At present the Council have placed on their Website their Terms & Conditions for anybody applying to operate the theatre until the end of 2014. Personally I think it unlikely that anybody will want to when they have looked at those Terms & Conditions. (www.scarborough.gov.uk/futurist/prospectusforoperators2014.) Who in the Council has the ability to Assess the Applicants against the criteria they have set for acceptance???
They are saying that they expect to have appointed Developers by end of 2014 who will be starting work early in 2015. We have a right to know who these developers are, and even more importantly what they are proposing to develop. Are the Council intending to Consult the people on what is built on that prime site.? If not, Why7 not? We need to put pressure on the Council to ensure that we are consulted, not insulted. How can it be organised and arranged that quickly we wonder! We will almost certainly end up with a derelict boarded up building for a long time unless they are going to allow Applications for Community Asset Transfer.
This itself is clouded by their own unique style of confusion. At the end of that partoicular Website of Terms and Conditions they have printed in bold type
"To avoid confusion the theatre is not available for Community Asset Transfer".
When I queried this I was told that what it really means is that the theatre on its own is not available for Community Asset Transfer. However the entire building which is termed as the Futurist Buildings which incorporates the theatre is! Even then I am not sure that that is the right interpretation either!
So beware when/if you ever contact the Council about it, do not confuse them even further by referring to "the theatre", or "the Futurist" which will not be separated out but refer to the Futurist Buildings which includes shops and adjoining "Mermaid"derelict land as I understand it.
The Save the Futurist Group includes a world-wide specialist in theatre restoration & regeneration, a Lawyer who specialises in Covenants and Title Deeds (of which the Futurist has many because of the number of owners) and some very interesting facts are emerging which will be made public as soon as they have been verified. Also a Civil Engineer another world-wide specialist who is studying the surrounding geo- topography in relation to building on the land. Even so any developer is going to have to have the land thoroughly surveyed before they commit themselves. These are people who have returned to live in Scarborough after having made their names as specialists. We are a very professional and knowledgeble group and don't take kindly to our intelligence being insulted! Starting to build early 2015?????? Watch this space.......... "

Yes,  all very interesting,  but why have they not come up with a 'plan'?

Of course, yours truly has a plan:  to build an Arts, Theatrical and Creative Industries University, including the Futurist Theatre as a working educational partnership.

Here is how and why : (Sept 2013) http://www.thescarboroughnews.co.uk/news/education/westwood-is-not-up-fo... " Rumours had spread that the campus had been put up for sale and that the students would be moving elsewhere. Though it has not been put up for sale the college is looking at a possible relocation for its Creative Arts courses, which have more than 300 students. Clare Wareing, principal of Yorkshire Coast College, told The Scarborough News: “Yorkshire Coast College’s Westwood Campus has not been sold and isn’t currently on the market. “We see our Creative Arts courses as an outstanding and exciting part of our educational offer and we naturally wish to invest in their future. “We are in the process of considering the relocation of our provision to further expand the facilities available to our learners and enhance their overall learning experience.”

Sale of the Westwood site, a beautiful setting but cramped and hard to access, should generate initial funding.  This Westwood site would make prime luxury appartments & accommodation.  Secondly by becoming part of an 'Educational' establishment this could attract Govt investment, not band-aid fix it and make do repairs, but some real hardcore Govt. initiative funding that this town desperately needs, thats adds to and not detracts. (resources)

The famous original Aykborn 'Theatre in the Round' could be situated in the old second Theatre (behind the larger) Futurist stage, running back to back. ie two theaters, one commercial one intimate. (USP)

The development behind and above the Futurist up to the Town Hall should be reflective, modern and bright and house the lecture rooms, media suites, design and technology studios,  with theatrical show rooms and art sales areas leading onto the current 'high street' of St Nicholas Street.  (sustainability)

Surely, there could be no better and prouder statement for Scarborough and its youth, than to build a University bang in the Town Centre leading down to and making use of its traditional theatrical heritage. (market)

Say, something like this above the futurist, that reflects the morning sunrise: 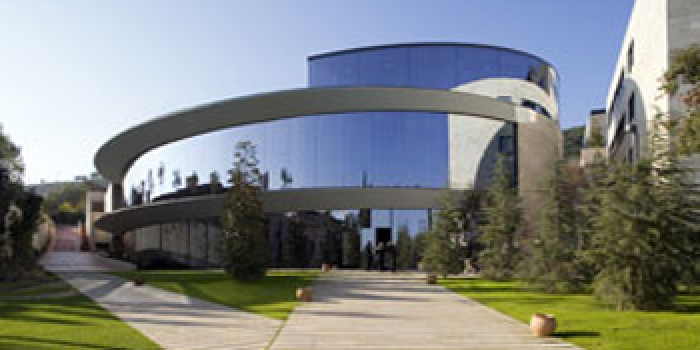 on top of this, top left where the council buildings are 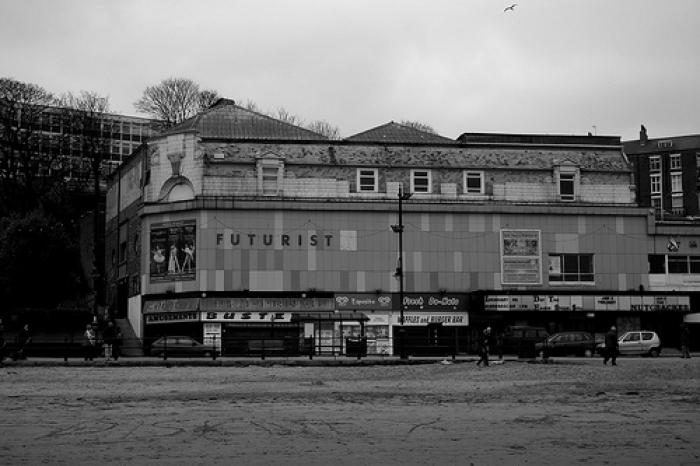 and if they take off th 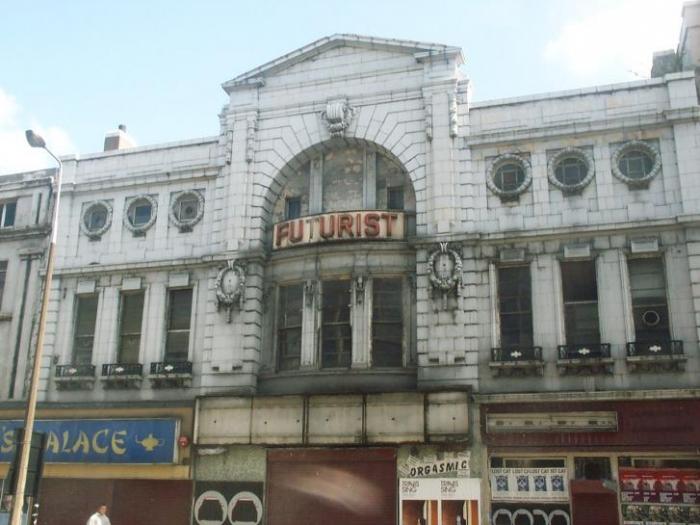 Of course, in Scarbados they would have to get rid of those tacky shops, possibly extend the Edwardian Balcony from the gardens and create some  cultural vulture eating establishments and bars etc.

And of course there is nothing 'robust' here, just killing time and dreaming inc. http://www.youtube.com/watch?v=0xueCCyZ5V8&list=RD0xueCCyZ5V8 :-))

If only all those 6656 people who signed the petition attended the Futurist regularly then we would not have a problem.

After sending Bob a link, what a sweetie !

NEW FUTURIST INFO. New Developments which could cause the Council to have to delay development Plans on the Futurist site. Because of the Council Meeting on Monday, we have had to put into the Public Domain information which has been kept under wraps, but was made available to Councillors and the media this morning Tuesday 6th May. 9 months ago it was discovered that on land immediately at the back of the theatre there is a patch of land 8ft x 4ft 6ins which has been subjected to a Restrictive Covenant at least since 1961 if not earlier, and was placed by the family of Will Catlin the founder and developer of the Futurist and Foreshore site since before the Futurist itself was built in 1921. Through a letter published in "The Stage" newspaper we were able to trace living members of the Catlin family , and with a great deal of help and collaboration in seeking out and sharing legal information, we are in a position to state with reasonable legal certainty that this is the grave of Tom Catlin, Will Catlin's brother.. The Council are also doing the same research, but we have the added advantage of Confidential information through the family's help. Also we have had the unstinting voluntary time and effort over the last 9 months from a lawyer specialising in Covenants who has waded through a mountain of legal documents, Title Deeds and family history provided by Catlins. The only next step available to provide irrevocable proof is for the Council to undertake a scientific and forensic examination of the site, without contravening the requirements of this Covenant. Due to the decades of overgrowth at the rear of the theatre, it took us until March this year to actually discover this site which had been protected by a plain concrete slab. This, with the co-operation of the Council has now been uncovered.
In order to ensure a full, open and honest debate next Monday, after presentation of our Petition by Janet Jefferson, I have informed the Councillors of the facts surrounding the Futurist.

this is part of today's the Council's Agenda:  http://www.yorkshirepost.co.uk/news/main-topics/local-stories/there-s-a-...