In keeping up with all things Igas it is certainly worth reading the LSE investors page. Some very interesting concepts here, ie  "a culpability list" and an "economic terrorist list"  here 'Down the Hole' is responding to protector Ian Crane,  highly amusing :

IC:  "It might be time to begin compiling a list of all Politicians, Employees, Suppliers, Police, Share Holders, etc who are helping to facilitate the rush towards Unconventional Gas extraction in the UK. Every one of these people will have to bear their share of culpabability when the inevitable contamination and negative health impacts manifest IF this industry ever becomes established in the UK.

'At a recent Resident's Liaison Group meeting, Andrew Austen said, "IGas would be stupid to want to return to Barton Moss." But then went on to say that if they did, they would have to build another road. However he also said that he wasn't looking for shale gas.' 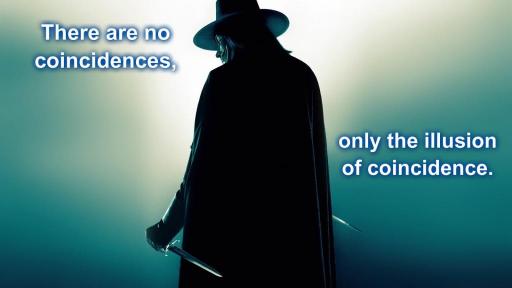 As reported by an attendee at a recent iGas Community Liaison Meeting ... it would seem that Andrew Austen (just like Lord John Browne) has a very casual relationship with the concept of what actually constitutes 'Truth'!

The Police & Security Services have a comprehensive database of all those who they have the audacity to label 'Economic Terrorists' ... it was a bit disconcerting to have senior police officers, whom I'd never met previously, address me by name. However, I also know that some of those Officers have done some research for themselves and are appalled at being used as the 'iGas Private Army'. Of course there are other officers who take great delight in behaving like the UK Gestapo and wouldn't hesitate to use even greater force if they thought they could get away with it! There have been some 220 arrest at Barton Moss ... the irony is that the behaviour of the Greater Manchester Police has provided the Barton Moss Community Protection Camp with far more publicity that would ever have been achieved had GMP upheld their oath and 'facilitated peaceful protest'! Meanwhile, Ken acknowledges that the industrial revolution was indeed built upon the bodies (195,000 in the Coal Mining industry between 1850 & 1996; an average of 111 deaths every month for 146 years - Source: http://www.cmhrc.co.uk/site/disasters/ ). It is only 174yrs since the age at which a young boy could be sent down the pits was raised from 6yrs of age to 10yrs of age. Life is evidently cheap to industrialists, global corporatists ... and those out to make a fast buck. The corporatist disciples of the 'Profit above ALL else' philosophy are evidently free and easy with the lives of others!

As a rookie in the oil & gas investment sector in general and in fracking (or with due deference to AWK, fraccing) in particular, and also as a novice poster to this or to any other bulletin board, I'd like to thank AWK (aka Sebastian Dangermouse), Kenstaff, and one or two others for providing their astute and informed crash course on the niceties of fracking that I've enjoyed in the past couple of months by reading their posts on this board. I do sympathise with those who advocate not responding to protesters' posts so that the board remains focused on pure investment matters, but it would lose so much of its entertainment value if occasional bating of the barking brigade was disappear entirely.

I recall from a few weeks back a proposal to haul a clapped-out or cardboard dummy drilling rig around some decoy non-drilling sites in the North West to encourage the great unwashed to follow it in convoy, Pied Piper style, until their electric cars ran out of juice, or maybe get them to chase their tails in ever decreasing circles until dizzily wondering into the rotation arc of the odd wind turbine blades. (Down boy! It's satire, okay? I'm only joking. We don't want to risk slowing down any windmills while there's even a slim chance that they might produce more energy than it takes to commission them, and repay their capital cost in less than 500 years.)

On a similar vein, is anyone interested in mounting a blockade on the road to Glastonbury this year? (AWK is certain that most of our great unwashed will be deserting their protest posts for the more important ecological duty of attending, so isn't this the perfect opportunity to turn the tables and give them a taste of their own medicine?) The excessive noise emanating from such "concerts" is an an enormous offence to the ear and a serious health hazard to the entire nation (well, to those living within 800 yards at least), and most particularly of all to the soap dodgers who attend these things -- except for those whose build-up of ear wax over the years has created a natural barrier.

Then there are the flying head lice that you see at all music festivals, potentially becoming an epidemic big enough to threaten future of the entire planet if left unchecked. They can be as big as rats at the major events. I know this because my cousin's next door neighbour's daughter used to go out with a trainee paramedic, and he told her this. So it must be true. And don't get me started on the spike in birth defects that I've been told occurs 9 months after Glastonbury every year.

So how about it? Who's up for a blockade of the A361. Honestly, it's nothing less than our duty to Mother Earth.

"Mr Crane -- Methinks you miss the point, or perhaps it's just that you're incapable of seeing the big picture, or are you just blinkered by your own myopia? But that should surprise nobody. IMO, you're a master at missing the point, especially when doing so is convenient to your false assertion.

I've little doubt that you'll "Do a Derek Hatton" (the one-time Militant / Trotskyist on Liverpool City Council, later reformed as a millionaire capitalist property developer), and jump ship to the other side when you see the light, or when a more rewarding form of self-interest kicks in! Repent and ye shall enter the kingdom of fracking!

If I decide to "sell and sue", be assured that I'll wait until the iGas price rises exponentially before coming for you! So don't lose sleep over a writ landing at the door of your tent any time soon. More likely when you least expect it!

And unwise to delude yourself with the belief -- just because you can parade a few covetous crazies who assert that their ailment resulted from fracking -- that their appearance will serve as proof that fracking did actually cause it. Where's the beef? Where's the successful litigation in the USA supporting ANY of your wild assertions? It must be really frustrating trying to prove something that simply isn't true, and getting found out every time! Smelling the money, and wanting to grab some to eek out the welfare check, is a seriously unconvincing substitute for being able to present hard evidence. It's time to put up or shut up! But you can't, so doubtless you won't.

I'm reminded of the quotation sometimes attributed to Churchill (Winston, not the dog), et al... "I refuse to enter into a battle of wits with an unarmed opponent!" So I don't think I'll waste any more time responding to anything that you post referencing anything I've said here or previously. At least not this side of 1st April 2015!

So go ahead. Compile your "Culpability List" for what it's worth. See you in Court at the appropriate time! Maybe! "

"Sorry, this is a belated post prompted by Ian R Crane's "Culpability" post last week, having just returned yesterday from 5 weeks in the USA where I had the opportunity to: (i) verify the absence of benzine-tainted drinking water; (ii) debunk the myth of flaming sink taps; (iii) find no evidence of increases in rates of cancer, miscarriage or infant mortality; (iv) witness the lack of social devastation; and (v) see the huge, community-reviving effect on local economies delivered by fracking in Dickinson, ND, and in Pennsylvania and Texas.

"Culpability - It might be time to begin compiling a list of all Politicians, Employees, Suppliers, Police, Share Holders, etc who are helping to facilitate the rush towards Unconventional Gas extraction in the UK. Every one of these people will have to bear their share of culpabability when the inevitable contamination and negative health impacts manifest IF this industry ever becomes established in the UK." -- Ian R Crane

Now despite my findings that the almost incalculable benefits obtained from fracking come with no genuine or significant downsides, nonetheless I do find myself intimidated by the Crane "Culpability" post. Indeed it may even influence me to sell my iGas shares, in fear of the consequences of being on the threatened Crane list, and recognising how easily and prejudicially this could find its way into the hands of his unpredictable and anarchistic anti-everything-because-we've-nothing-better-to-do-with-our-benefit-funded-lives cronies in The Crazy Gang.

(Doubtless Mr Crane is aware that what is key in any issue of intimidation is that someone feels intimidated and is justified in doing so, rather than whether or not the intimidation was deliberate.)

Of course if I do sell my iGas shares and the price subsequently goes up, I'll feel a natural compulsion to sue Mr Crane for my easily quantified loss caused by his intimidation. In fact, perhaps I should thank him for providing such a wonderfully elegant hedging play... If the price falls, I've already sold; and if the price rises, I sue for the gain I was intimidated out of making! Fortunately I do own sufficient iGas shares to make litigation a simple decision -- although whether Mr Crane would be worth suing is a different question. He might turn out to be a man of straw, quite befitting a scarecrow with no substance.

So what's the advice of the sane, investor-half of posters on this board? Sell and sue? Or hold and prosper? "