"The owners of the Potash mine near Whitby say they are focused and committed to delivering the project.

Sirius Minerals have not been able to get the £400m it needs to fund the next stage.

It has taken the decision to reduce the rate of development in order to save funding to allow more time for alternatives.

"We've been focused since the day we started this project, which is nearly nine years now, on delivering it.

We've known that there's always been challenges to overcome; we've overcome a number of those challenges.

We're two and a half years into construction; we've made fantastic progress across the sites, we've got customers around the world who wants to buy this product, and now we need to find a way during this strategic review process to fund the remainder of the project."

He explained if there will be any job losses:

"We're trying to minimise any impact on our staff; and our focus in making this decision is to buy ourselves an additional six months to find an additional funding solution.

That will be part of the strategic review and that will come up with options that will hopefully see us back into full speed ahead, and delivering the project which is our main focus."

"In particular, ShoreCap noted that tunnelling rates have been faster than expected, already hitting the target of an average 17 metres per day and with a fastest rate achieved of 29.5 metres per day, despite the current ground being relatively difficult.

This potentially removes the need for a tunnel boring machine at Lockwood Beck and offers the potential to use the machine's mucking system to transport up to 6m tonnes per year of polyhalite during tunnel fitout, which would accelerate commercial production." 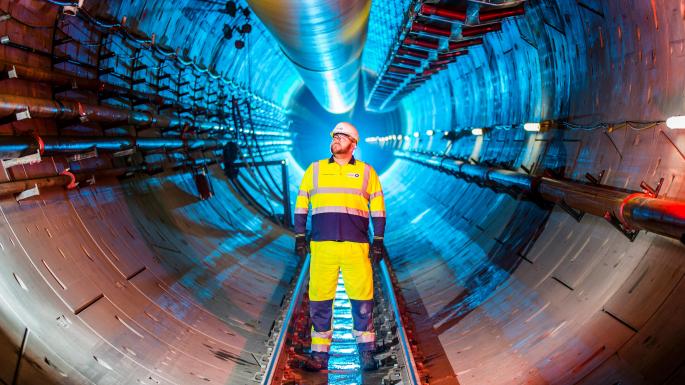 "Sirius has completed a mile of its 23-mile tunnel under the North York Moors to transport polyhalite, a form of natural fertiliser"

"Suppose a more accurate estimate of their orbit periods is that Mercury takes 7/30 Earth-years and Venus takes 26/42 Earth-years. "

Progress updates should be posted here:

"The Sirius chief said it was “deeply concerning” that regulators did not address the forums where people were “holding themselves out as experts and giving investment advice”, describing it as “real Wild West stuff”.

“They have these people sitting in their basements in their sweatpants, giving them investment advice — unregulated, unlicensed and people follow them,” he said."

"According to the book, he suggested shooting **** in the legs, building an electrified, spiked border wall and a snake or alligator-infested moat."

He has dismissed the book's claims as "fake news".

Online shareholder chat forums are a “disgrace” and should be shut down, the boss of Sirius Minerals has claimed.

Chris Fraser said that the Financial Conduct Authority should investigate the bulletin boards where retail shareholders in Sirius and other companies discuss their investments.

Sirius has about 85,000 retail shareholders, some of whom have said that they have invested life savings in the North Yorkshire fertiliser mine developer.

“No investment adviser with a licence would tell you to do that,” Mr Fraser, Sirius’s chief executive, said, suggesting that some had been poorly advised after turning to the online forums. “They have these people sitting in their basements in their sweatpants, giving them investment advice — unregulated, unlicensed — and people follow them.”

The most prominent online share forums are London South East and ADVFN. Investors post thousands of messages a day, sharing details of their share trades or investment rationale and speculating about a company’s future.

Sirius Minerals wants to develop a huge mine under the North York Moors to produce polyhalite for use as a fertiliser, transporting it via a 23-mile underground conveyor belt for processing on Teesside.

The FTSE 250 company is one of the most popular equity investments in Britain with retail shareholders, who own almost half of the company. Its future is in the balance after it was forced to abandon a $3.8 billion financing plan last month when a crucial $500 million bond offering failed, sending its shares sharply lower. The afternoon before the announcement Sirius’s shares fell by more than 10 per cent. Mr Fraser said the company believed that this might have been triggered by a post on an online forum that falsely claimed it was about to announce an equity-raising. “Should the FCA be investigating? Yes, they should be,” he said.

The Sirius chief, 45, said it was “deeply concerning” that regulators did not address the forums where people were “holding themselves out as experts and giving investment advice”.

Mr Fraser said that he had “stopped reading [the websites] because they’re pretty depressing. You just feel so sorry for these people who’ve clearly not taken investment advice.”

He urged retail shareholders to “go and speak to a professional, otherwise it is gambling”, adding that no professional adviser would tell someone to “invest all of your money, all of your pension and everything you have in a stock like this”, which was a “high-risk but high-reward potential venture”.

Mr Fraser, who is carrying out a strategic review of alternative funding options, said that he was “getting inundated with emails with all sorts of crazy ideas about how to finance the project”, including proposals for a retail bond issue. He dismissed the idea, saying: “We don’t think they have the capacity.”

Phil Thomas, director of London South East, said: “Bulletin boards definitely have a place as a research tool for today’s investors — to claim they should be shut down simply doesn’t make any sense.

“They are a medium for investors to share ideas — and there are some highly skilled investors that will share their opinions and experience for free. Equally, we know that you shouldn’t believe everything you read online and we strongly encourage our users not to make investments purely based on what they read on a forum.”

Clem Chambers, chief executive of ADVFN, said: “People who raise capital in public markets need to be prepared to be judged in the court of public opinion. Engaging with, rather than insulting, the private investor community would seem the more sensible way to proceed.”

"More than a mile into a tunnel from the Wilton industrial estate near Redcar, the Stella Rose boring machine is continuing to eat its way through the mudstone. It bores through one and a half metres at a time, chucking the rock out behind it on to a conveyor belt to the surface, then pauses as six three-tonne sections of curved concrete tunnel wall are slotted into place, wedged together like a Roman arch."

"Sirius Minerals’ Woodsmith Mine in North Yorkshire would be Britain’s largest new mining project in decades. The site contains the world’s largest known deposit of polyhalite, a mineral that can be used as a fertiliser. But Sirius has struggled to make its business case to investors. Last month, in the face of market scepticism, it was forced to pull a $500m bond sale, which was required to unlock a $2.5bn financing package. Its shares have since rallied after the announcement this month of a supply and distribution agreement with a fertiliser company owned by the Qatar state. The country’s sovereign wealth fund is its biggest shareholder and has been touted as a possible strategic backer for the project. Sirius claims that polyhalite has a number of advantages over traditional fertilisers: a chemical-free production process, low carbon emissions and lower solubility — meaning it stays in the soil for longer than other compounds and has to be reapplied less often. Currently only one company, Israel Chemicals, mines polyhalite and it is not in mainstream use as a fertiliser..."

"30 October 2019 – Deadline for feedback for the consultation report

"The Jedi deal "continues our strategy of a multi-vendor, multi-cloud environment as the department's needs are diverse and cannot be met by any single supplier," it added."

"Woodsmith is arguably the best thing that happened to the workforce of Boulby for over a decade!"

""It was a complete surprise," one source said..."

"Is this the intention? To sneak in, under the cloak of a populist attack on a small minority, the criminalisation of walking on the great majority of England’s land?"

"Even while it remains a civil matter, the offence of trespass informs us that we are strangers in our own nation, unwelcome on the great majority of its acres."

"Johnson’s government would do the same to people living in tents or bivvy bags. There will be nowhere to turn."

Someone somewhere is keeping a record.

"But in casting the illiberal net so wide, the government might accidentally have created a coalition. Rather than allowing Roma, Travellers and homeless people to be picked off, all those of us who fear the criminalisation of trespass should join forces with them, protecting their rights while we defend our own. In responding to the consultation, which closes on 4 March, we should refuse to be trapped in the government’s framing. Instead of agreeing or disagreeing with its proposals, we should state under every confusing question that we reject all attempts to criminalise trespass.

History shows that attacks on general freedoms often begin with an attack on the freedom of a minority. It teaches us that we should never allow a government to divide and rule. An attack on one is an attack on all."

As the Boards descend into psychological warfare :

"How will Microsoft achieve its goal?

Microsoft has suggested a range of ways it could remove carbon from the atmosphere, including:

"you are lodged in our memories, you tower over the world like a comet."

"After firm offer they won't be able to change it against other bidders, that's why they keep it open-ended."

"I can not see any reason why another potential bidder would make themselves known at this stage with this unofficial offer from AA swirling around.

I'm expecting others to emerge from the shadows if 5.5p is confirmed by AA."